Left Behind is a serious of movies books that I remember hearing about when I was a kid. They were about The Rapture from the Christian Bible, where those who were judged holy enough got to go to Heaven, and the rest of the yokels on Earth had 7 years of destruction, sadness, whatever, before…I dunno, the apocalypse or something.

It shouldn’t be a big deal, one would imagine. At that point everyone would realize that Jesus was real, and start being super super religious and good. I couldn’t imagine any amount of chaos after like, a week, because people would generally prefer Heaven to Hell.

But it was a successful franchise, it had at least ten books and a couple movies that people enjoyed enough to enter our American conscious. And this…this is about the same thing? Maybe a reboot of some sort? Maybe a one off? Who knows. 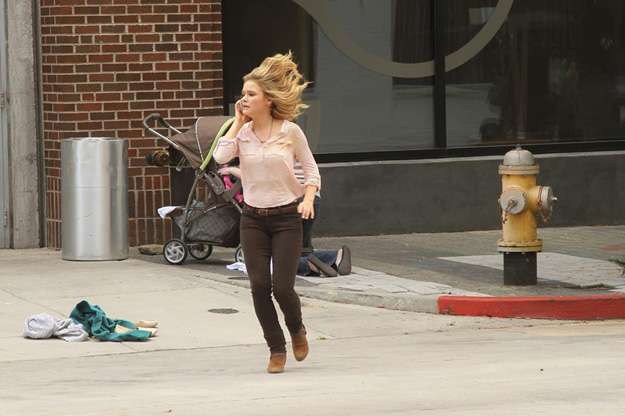 Get on the phone and tell me all the information!

The Steele family is going through hard times. The dad, Rayford (Nick Cage), is a pilot and away from a home a lot because of it. A year ago, his wife found Jesus and got super awkward with the rest of her family. The daughter, Chloe (Nicky Whelan) is away from college and not home much. She is now! But her dad had a last minute flight thing, so she figured she’d see him in the airport before going home.

And look at that. He is fucking a flight attendant (Cassi Thomson). He even lied about the flight being last minute as he got concert tickets weeks ago for a concert in their location! He is avoiding the family. Must be from the weird mom.

Anyways, she also meets Buck Williams (Chad Michael Murray), a TV correspondent of something. They hit it off too, and he will spy on her dad when she goes home. OMG RAPTURE. Hey, all the kids are missing and super religious people. Stuff starts to crash, people loot, people freak out.

But more importantly, people take a very very long time to figure out what is going on. 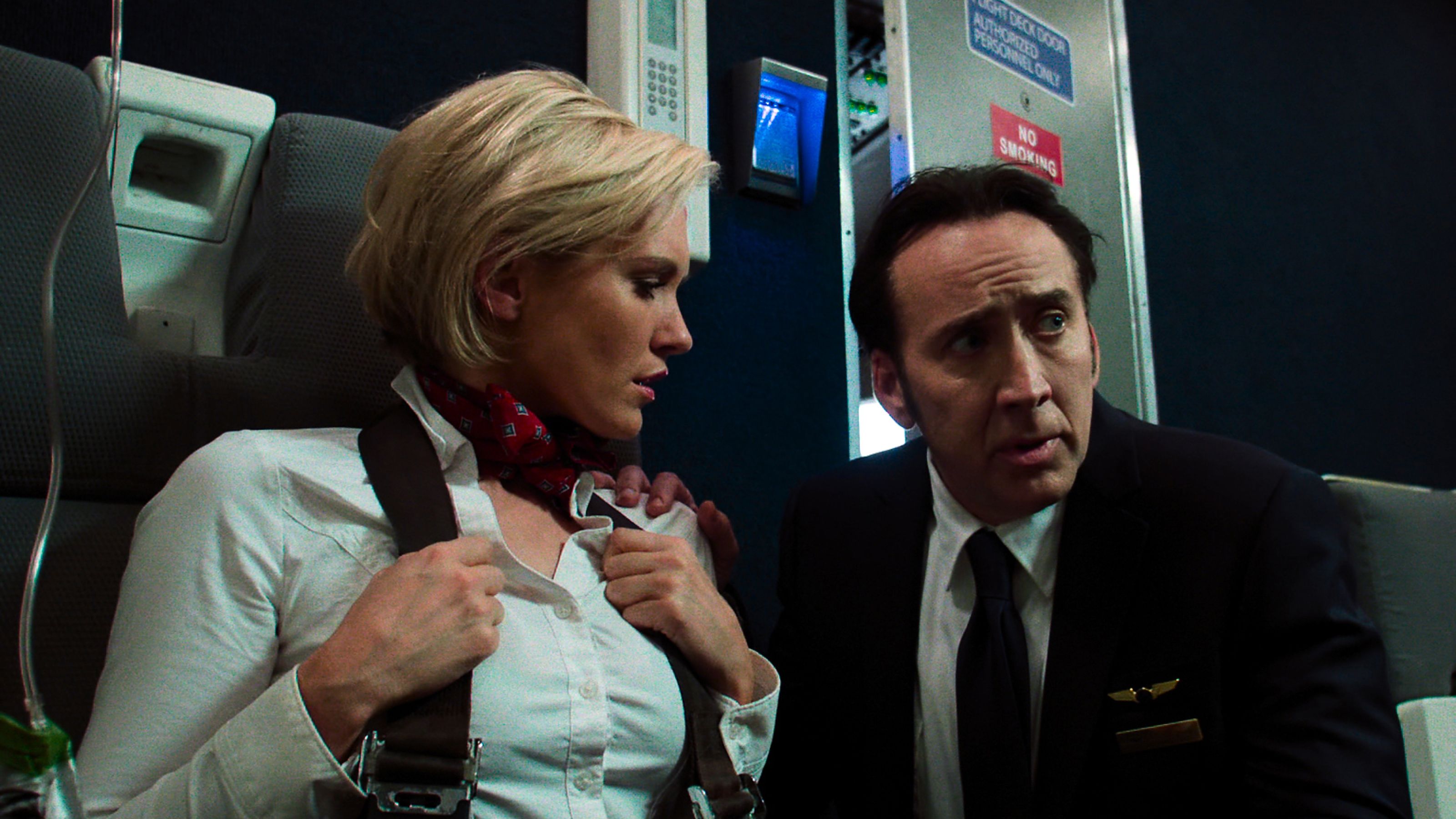 Long enough for a quick fly and fuck though.

I didn’t find out til after watching the film, but not only is this is a reboot of the franchise, but it was done by the same people who did the other Left Behind movies. So hey, they are trying. I guess. At least someone is famous in it!

And let’s talk about how annoying this movie was. Very. First of all, it took too long for the characters on the screen to figure out what was happening. Even the strongest of Atheists would figure it out in a couple of minutes. Honestly. If things like that start to happen, things that are magical in nature, the human being will go to the explanation that can cause everything the simplest way. All of your Christian friends and kids missing kind of feels like a dead give away. They turned the movie into a lot of scene changes whenever someone would exclaim they figure it out, just for them to come back and be wrong. It was totally annoying.

Follow up, the rapture wouldn’t be that bad. After like, a day or two, people would stop looting and doing terrible shit. You know why? Because then there would be a proven God. At that point they know that if they sin they go to Hell, and they have seven years of pious ness or whatever before the final shit goes down. The bad people would be quickly wiped out and hey, everyone would be too scared to do anything outside of the Bible and it would be peaceful.

That is just general thoughts. The second one not really based on this movie, but maybe based on future ones. Either way. Acting in this one was shit, drama was stupid, and the plot felt like a lot of filler. Pass.