am surprised it took me this long to review Leaves Of Grass. I generally have a stand against downloading movies on the internet, but I took exception for both this movie and The Joneses. Why? Because they took forever to go from being made and out, to being actually out on DVD. I wanted to buy both and watch them, but just could not. Since then, I have bought both movies at least. Woo guilt! 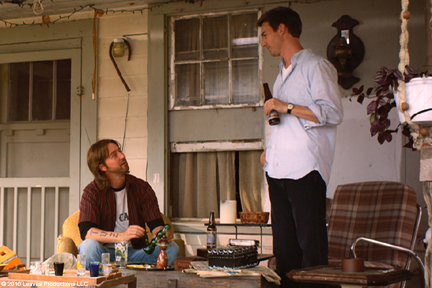 It also features one of my favorite movie tropes. One guy playing twins.

Yep. Movie starts off with Bill (Edward Norton), a professor at Brown teaching Latin. After a student tries to seduce him (which he definitely puts an end to), and a meeting with the board about Harvard/tenure, in walks Bolger (Tim Blake Nelson) with the news that his brother is dead!

But not really. His brother, Brady (Edward Norton. Twins I tell ya. But he has long hair, no worry) is actually having some trouble with the law. He grows all natural marijuana! But he isn’t trying to get rich from it, just does a small farm, small sales, no reason to expand his market. Even if he owes money to Richard Dreyfuss. Bill of course goes back to Tulsa to visit the funeral, but en route to his home, he is mistaken for his twin and beaten up. He awakes to find, well damn it, Brady isn’t dead.

But he is getting married (to Keri Russell) and is having a baby, so Bill is guilted into staying. Especially since he too really finds the soon to be wife attractive. But Brady convinces Bill to pretend to be Brady and take care of things at the home (and his wife!) while he goes to deal with Richard Dreyfuss. And thus, alibis can be falsely made. Hooray!

After that, things go from mild comedy to real dark comedy. Shit goes down. Excessive violence, death, and extremely unlikely scenarios. None of which involve Susan Sarandon, who plays the mom, but might involve Josh Pais, a failed orthodontist. 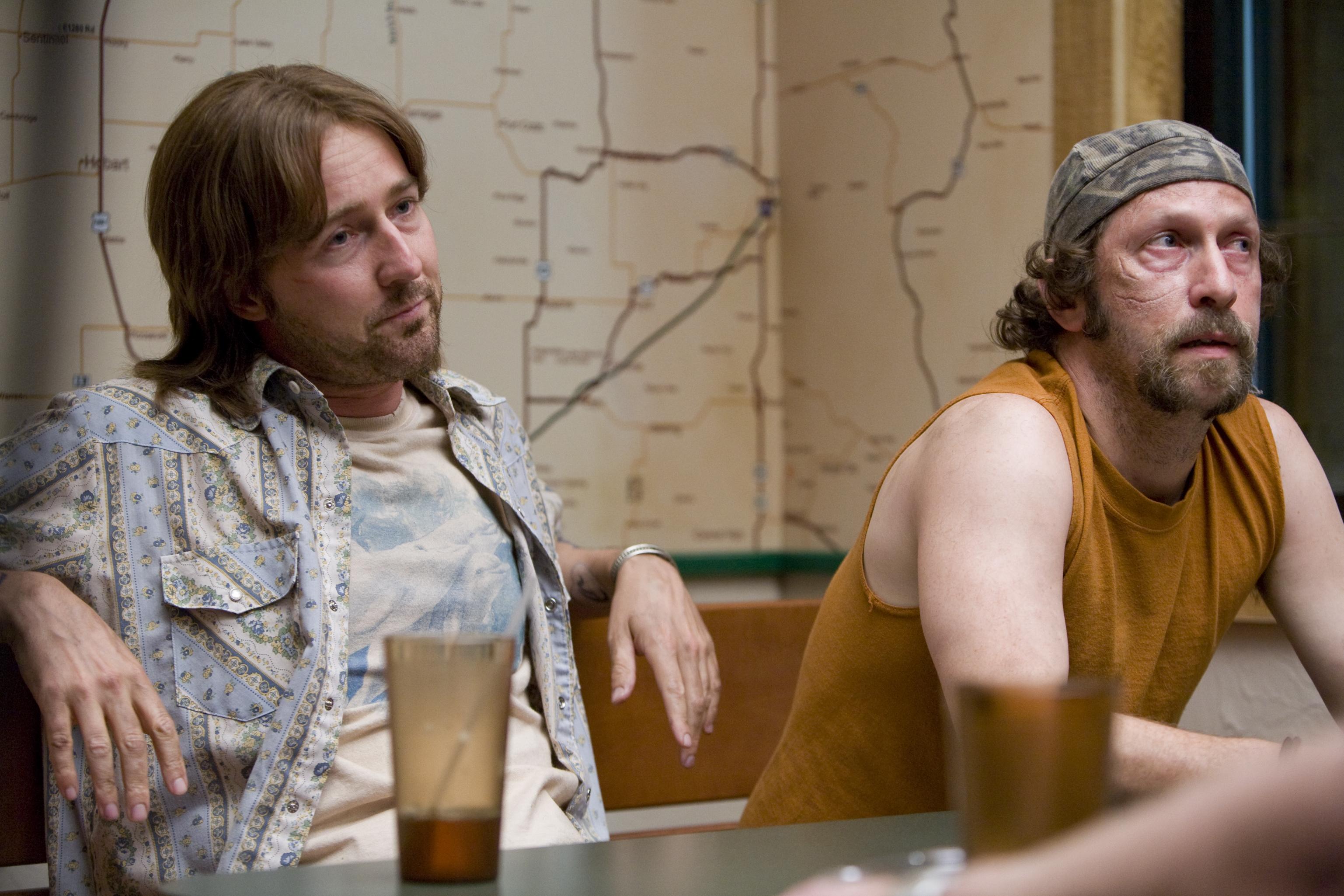 Way too much swag for two guys from Tulsa.

Tim Blake Nelson is more well known as Delmar from O Brother, Where Art Thou? and playing “dumb characters” but he actually graduated from both Brown and Julliard. Why do I mention this? Because he was also the director of the movie, and whenever you are a character in a movie you are directing, your character is generally pretty awesome. And it is true. That characters amazingness made me enjoy the movie that much more.

I was shocked by the end how violent it actually got, not expecting it with a Edward Norton twin comedy. Shit happens, and that shit sucks. My vague descriptions might be enough to convince you to watch it, but I figure just saying Edward Norton is in it is enough for the rest of you.