Kurios – Cabinet of Curiosities is currently playing in Houston and tickets can be bought here.

If I were to say that me and Cirque Du Soleil go way back, that would be a bold faced lie. In my life I have gone to the circus, but the last time was probably around 1st grade. And it was a small one. So no circus that is all about the achievements of the human body like Cirque Du Soleil. Although, a year or two ago, I went to Sea World, and saw a sort of water gymnast animal thing that might have been close enough.

The cabinets used to just be eccentric collections of stuff that people showed off, which helped evolve into the modern museum. But the title can still be used, especially if the stuff doesn’t have a real theme and is just a lot of weird and interesting figures. 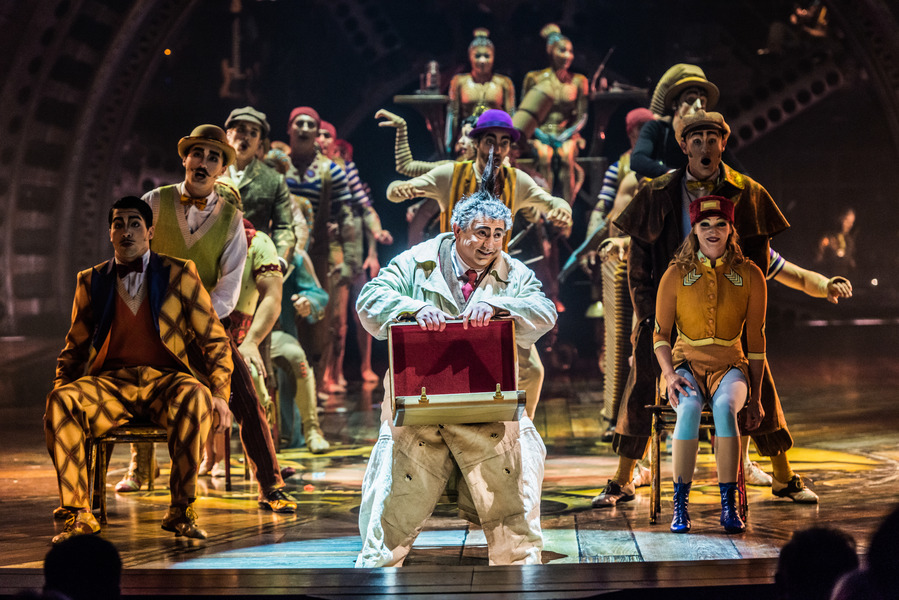 It is like the cast of Little Nemo AND Finding Nemo collectively fucked a steam engine.

The before show was not reason enough to really show up too early, outside of getting better parking spots. They had a small event to showcase the opening of the tent, but it is not something worth breaking your back over to get there in time. But a good time for photos, souvenirs, and making sure you know where the pissers are.

The seating area was a bit smaller than I imagined as well, because damn it, I have a big imagination. Tightly packed chairs, not a lot of leg room or places for you to put your cups. But they are stadium seating with a few big walk ways so the performers can do pre show antics with the crowd. The start of the show is a bit of a start soft as well, with characters doing minor activities for a good 10 plus minutes while people get to their seats and finish their conversations.

The first real part of the show gives us a nice glimpse into their band and singer, setting the tone and sound for the rest of the show. The opening act then throws character after character onto the stage, to fill the viewer with a sense of wonder. Wondering what each person will end up doing, or if they are just a background character, of course. Technically they start the focus with banging on sticks and a juggler, which sounds like nothing new, but it feels like a grand party.

After that we get a series of weird and awesome tricks, displays, and athleticism. And weird shit! And honestly, it was all a blast. 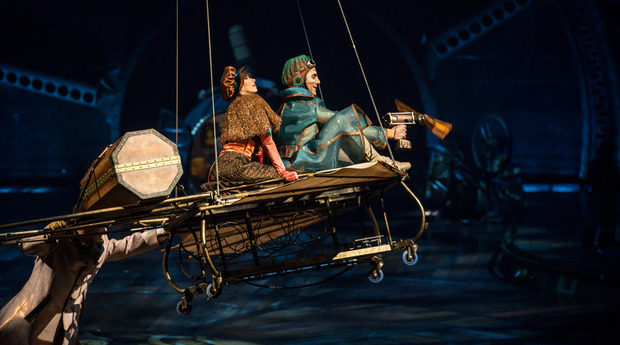 Why stand on shaky stuff, when you can fake fly?

While waiting in the bathroom line, I figured it would hard for the second half to be as entertaining as the first, but that is because I apparently used to be a dumb shit nostalgic fool.

Because the second half was so goddamn amazing. And that is whre the Finding Nemo elements come in, along with a little bit of Steve Zissou.

We get a giant net with trampoline level bounciness to drape the stage. And on that net is of course men in raincoats. What is that? No, they are actually strange fish men, and they got mad hops. I have never seen trampolining that precise, in terms of height, types of spins, and even the way they were able to stop was a sight to behold.

After that is some yo-yo tricks, some “Siamese twins” on ribbon ropes, some hand puppets, and then our striped strong dudes. Like some Popeye side character, they danced and jumped their way onto the stage.

This one I just needed to get a picture of for the review because I could not believe it. A big part of their choreography involved them putting their hands together, jumping on their hands and flinging them through the air. Again, words fail me, but the amount of height they got off of this maneuver just felt unbelievable. I wondered if you could photoshop live video in front of your face. It flowed so well and it sort of felt like looking at a classic video game double jump in real life.

Kurios – Cabinet of Curiosities is worth the money to see. They put on a show, I smiled the entire night, and I want to see it again and again. There are people out there who can do amazing things, and you just gotta sometimes go underneath a tent to find them. 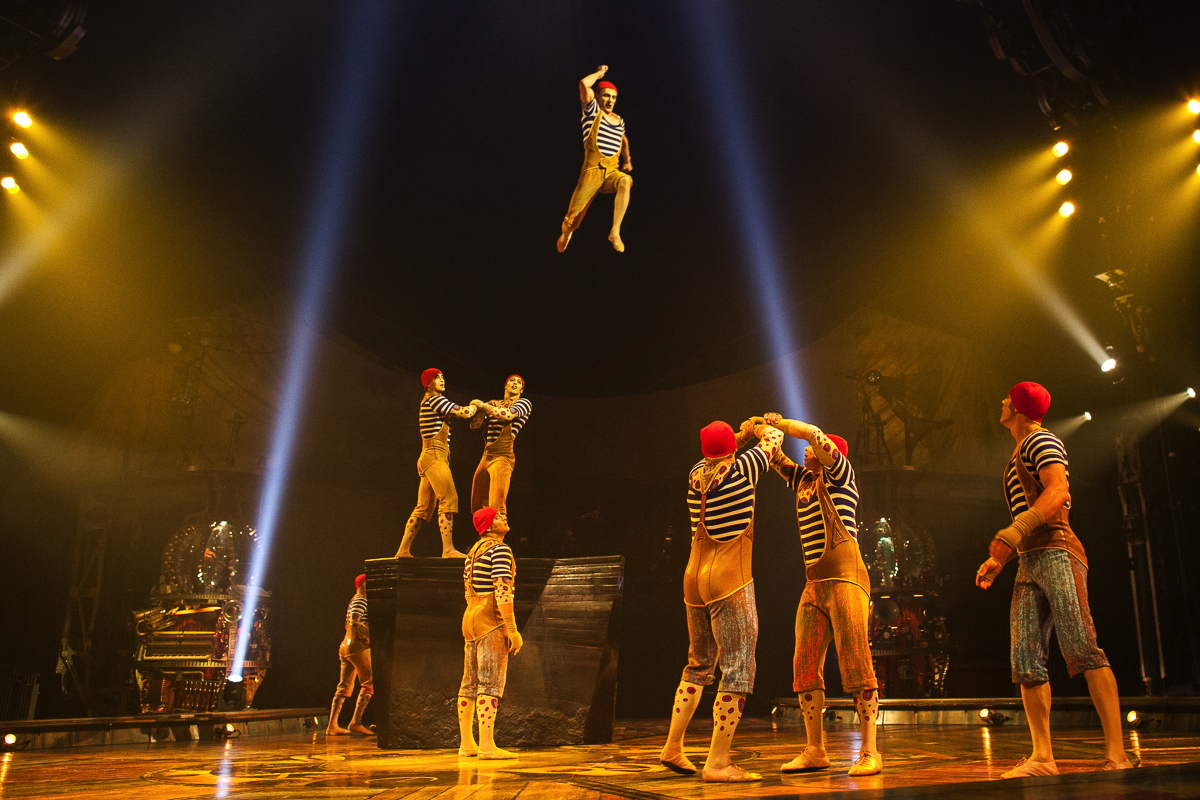 They seriously have put Mario to shame.
4 out of 4.
Tags:4 out of 4, Cabinet of Curiosities, Circus, Cirque du Soleil, Kurios, Live Theater