Introducing a new genre type to Gorgon Reviews. The Horror Documentary. One part documentary, one part bump in the night, and one part magic.

This is not a genre I could even imagine existed. Sure, maybe documentaries about scary subjects? But this one also has some tense moments in it as well, with looking at places at night, scary images, and of course, scary stories.

Killer Legends wants to talk about four urban legends in particular, discovering why they became popular, where the truth really lies, and why people still talk about them today. 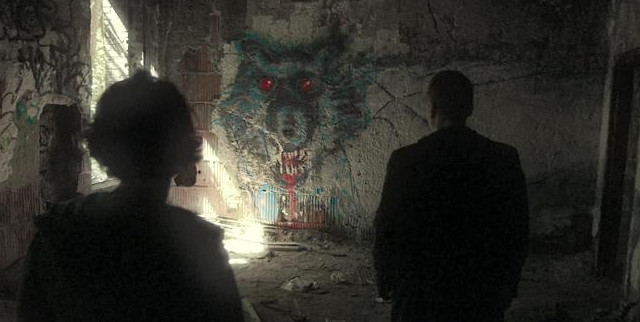 There were some cameos from some clowns and wolf heads too, of course.

The documentary looks into four urban legends. The Hook, escaped mental patient, going after lovers lane people. The Candy Man, the man who ruined Halloween, and how often your treats have poison and razor blades in them. Then the call from your own place, babysitters getting found and killed while they are watching (or not watching) the kids. And of course, killer clowns. Or at least clowns driving around Chicago neighborhoods in white vans, trying to abduct kids.

Some of these stories you may already know the inspiration behind, because who doesn’t know John Wayne Gacy? But I thought each section was very well researched, if not super editorialized with some awkward and unecessary statements. It put a lot of great info out there, in particular with the Hollyween candy. This is important information, so people can stop living in so much fear. It is the worst hearing about people bemoan about “society these days” and such. All of them just being falsely nostalgic.

Either way, I thought this documentary was informative and every so creepy. Learning about the legend of the hook was the most informative for me, and gave me new movies to look out for in the upcoming future.

Killing Legends is a very new documentary and an exciting one in my book.

3 out of 4.
Tags:3 out of 4, Documentary, Horror, Joshua Zeman, Killer Legends, Rachel Mills