Wait no, this is bad. Kids for Cash!? What an attention grabbing title! And no, it isn’t about parents having babies just to get those tax benefits or child support.

This is far more serious. This takes place in Pennsylvania, not cold and desolate Ireland. It involves a couple of judges who received monetary kickbacks from a children’s private correctional facility. Yep, people in power putting kids in juvie, and getting cash from the company. Pretty damn scummy.

And to be fair, this is only the most famous and well known case, which was relatively recent. It is argued that things like this have been occurring for some time. It doesn’t help that our country has elected judges in the first place, as John Oliver recently brought up.

Specifically, Judge Ciavarella sent HUNDREDS of youth to this place. Sometimes for minor offenses that most wouldn’t ever assume would go to any trial. They would be normal things a school would handle. But Columbine/Zero Tolerance policies take and ignore any pretenses and treat everyone the same: terribly. 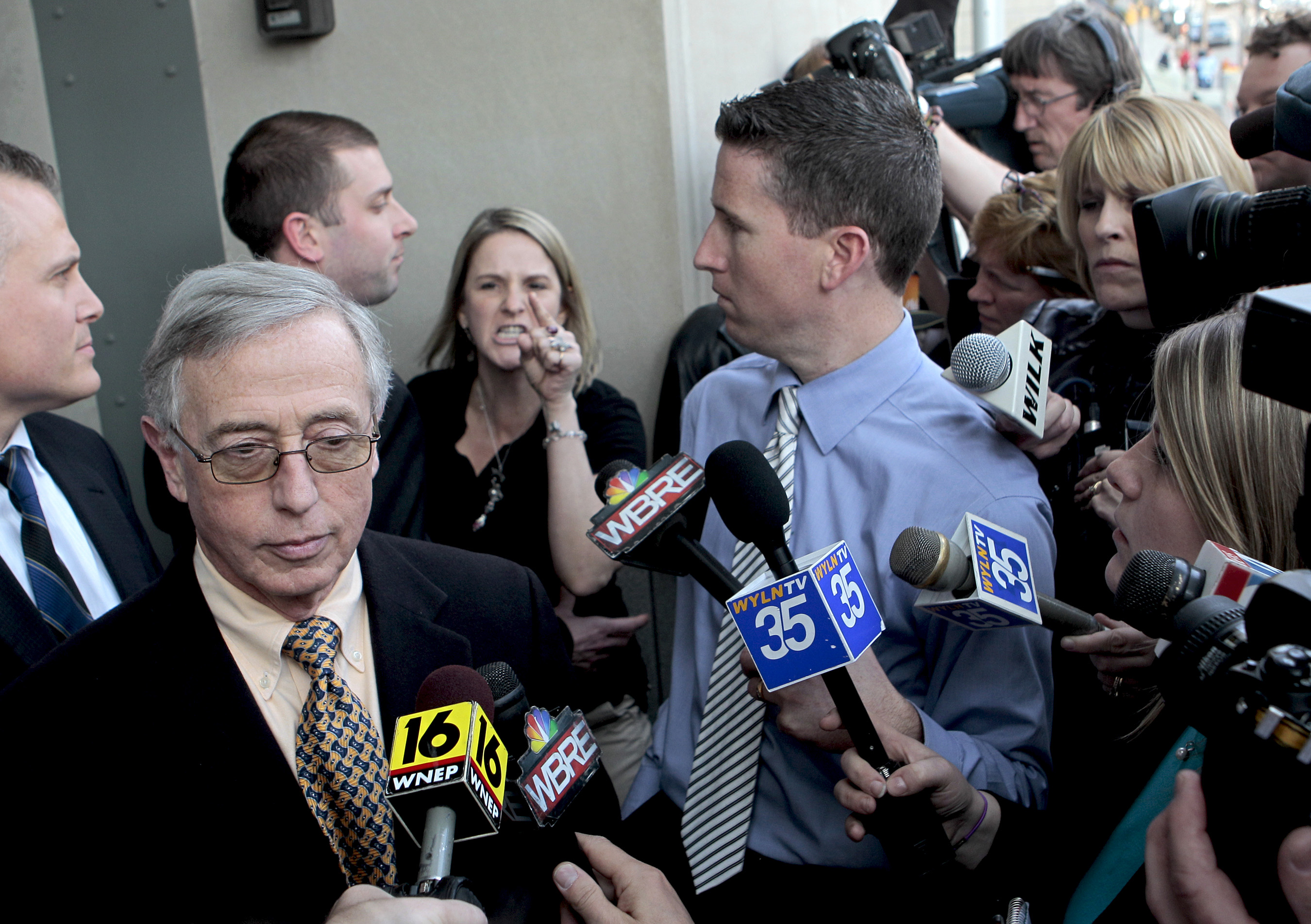 Which is why parents treated the judge terribly in retrospect.

Who’s that lady? (Whooooo’s that laddddy?) Well, she went viral yelling at him on live TV or something. Check out the video. Her son committed suicide partially due to his time in Juvie for an un-important offense.

But here is the best part of the documentary. It is unbiased as fuck. Guess who they have as an interviewee. Guess. Come on.

That’s right. Motherfuckin’ Judge Ciavarella. They interview him at his house, during the trial, and get his side of all the events before the sentencing occurred. They don’t immediately contradict him or call him names or anything stupid, either. They give a real honest to goodness attempt to be impartial and let him explain everything.

Do we buy it? No. He is clearly a dumb ass who knew he was doing wrong. But he was that kind of dumb ass before he got paid for it too.

Kids For Cash is most likely just the top of the unlawful judge iceberg. We have for profit prisons and judges who accept donations/bribes from lawyers. Nothing is sacred, the law is scary, and I am staying indoors.