Skip to content
HomeUncategorizedJourney To The Center Of The Earth

I miss Twilight. Twilight made everything easy. I knew what I would do for my Milestone Reviews, and everyone would get why they received the extra attention. It made sense.

I worry a bit, just a little bit, you guys don’t see why these things are a big deal.

So for milestone #850, I knew I had to do Journey To The Center Of The Earth. This 2008 remake was an early use of the 3D craze that hadn’t yet fully formed in American cinema. In fact, it may have been in red/blue 3D, but I can’t confirm that.

But more importantly, I am a graduate student in Geophysics, if you missed that in other reviews. Or you know, you are someone reading this who actually doesn’t know me in person. So examining movies that I know will be very nonscientific is something that I just can’t resist! Especially those about the Earth.

And with that, let’s trash the fuck out of this movie. 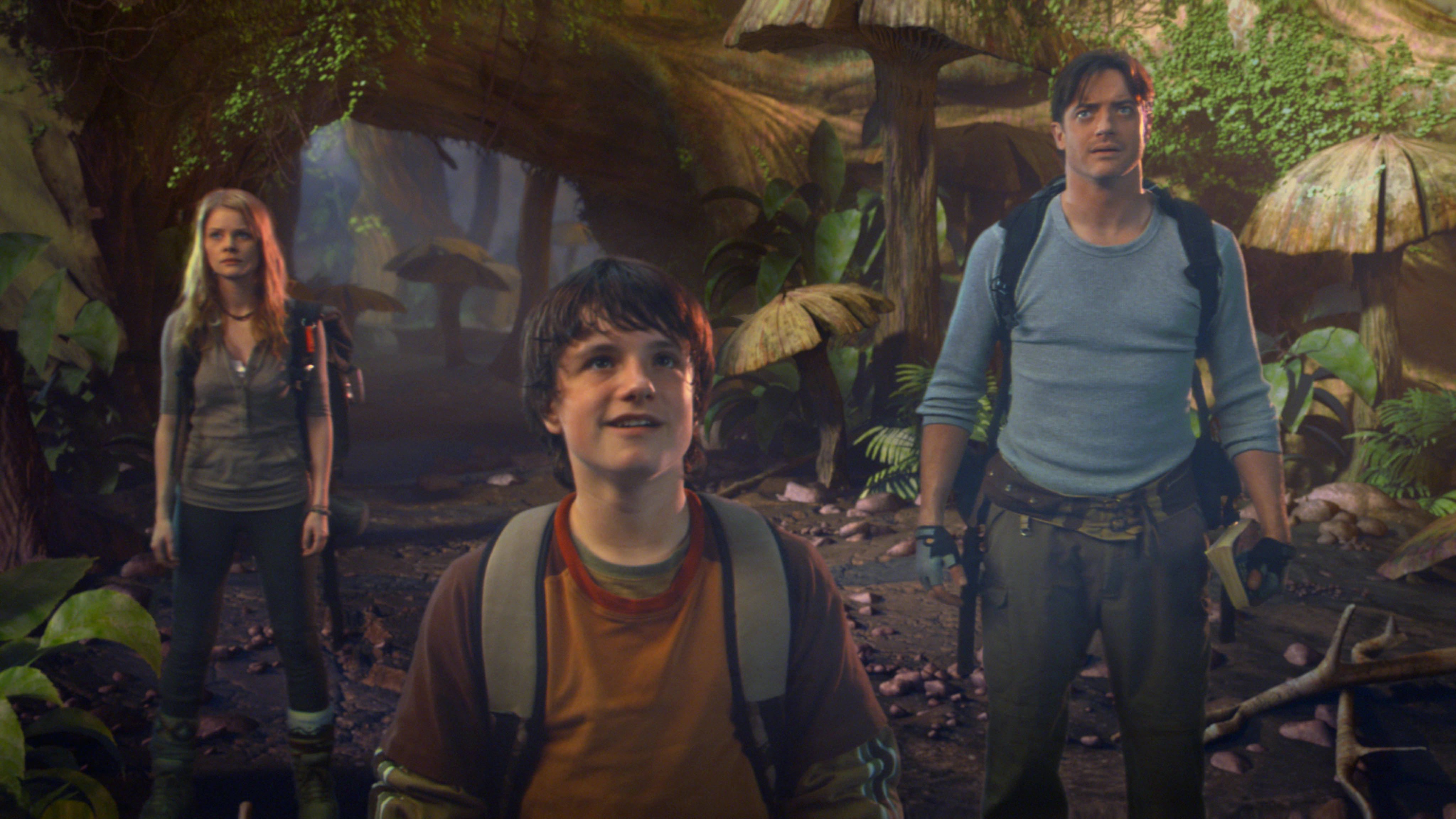 Yep, that face is just asking for some movie fucking.
This movie is not a remake of the book or movie. No, it takes place in a universe where those movies and books exist. Fucking Jules Verne meta up in here. But we will get back to that later.

Trevor Anderson (Brendan Fraser), is some sort of Volcanologist. Like a legit one, works at a university, (college?) teaches geology, and has a shitty lab to measure seismology. Only three sensors still work. He is continuing his brother’s work, but he hasn’t been seen in 10 years. Sucks to suck.

Even worse, his lab is going to get shut down and turned into someone else’s lab. Someone higher in the university, someone played by Seth Meyers! Oh no, life sucks! 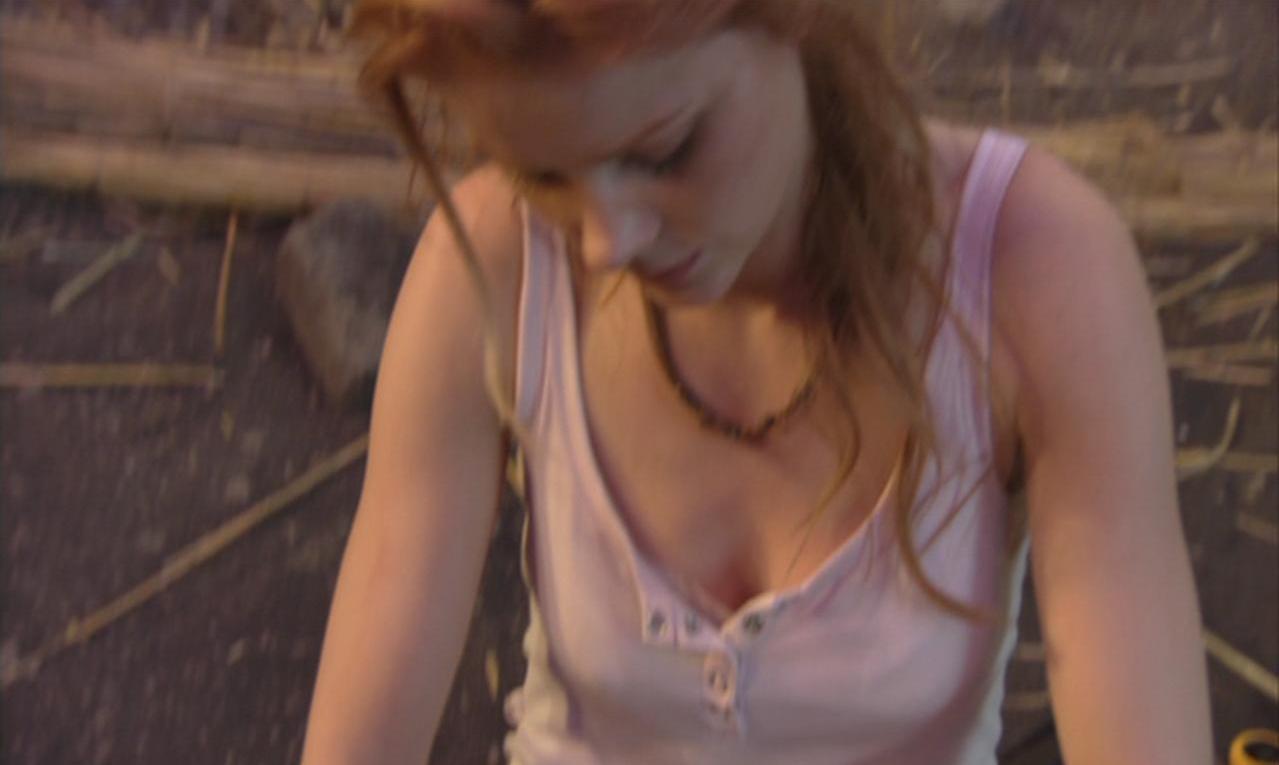 This photo doesn’t fit anywhere. But hey, good clean family fun is upcoming.
Speaking of his life sucking, he forgot his sister-in-law is bringing her kid over today. Fuuu. So messy. Sean (Josh Hutcherson) is there for ten days and about to be bored shitless. So Trevor looks for child toys to entertain Sean and finds an old box in his attic. What is in it? Why, Journey to the Center of the Earth of course!

But it is all covered with notes. Huh? Crazy. This must have been his brother’s. Strange strange. Apparently he thought the book was real and a guide to go under the Earth! Where crazy shit is, yo. That’d be surprising. Fuck it, let’s go to Iceland to check it out! 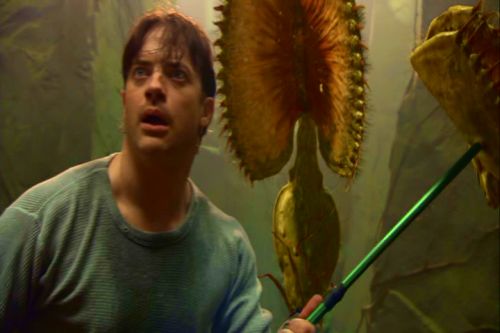 Still not at the part for cool pictures. So here is a big fucking plant.
Iceland! They try to meet an old professor. Nope, he ain’t there no mo’. Just his Icelandic, hot daughter, Hannah Ásgeirsson (Anita Briem). Nice. Apparently her dad is gone too, he went with Max into a Volcano. Seems silly. Because it is silly.

Turns out they were “Vernians”, people who thought his books were real, all of them, not fiction. Huh. Okay. So that is enough reason for them to go check out a volcano. 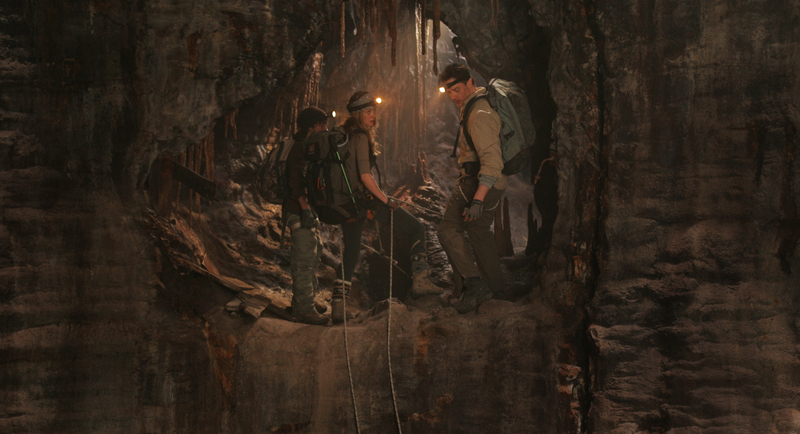 “Yep, this is definitely a hole! Trust me, I know holes!” – Trevor
Fuck yes. Volcano. Abandoned caves. MINE TRACKS. Abandoned mines? Yes, abandoned mines. Mine cart racing. Yes. All this stuff. Eventually they find a shit ton of diamonds and jewels. Hurrah. But then they fall down a hole. A really long hole. 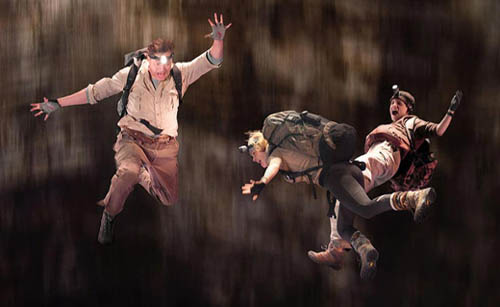 Seriously, he really knows a lot about holes.
Aw shit, even though they fell for miles and miles, they didn’t die! Because water started to appear and that eased their fall? Who cares how fast they were falling. Water doesn’t hurt when you fall on it, not a bit!

But the good news is, the book was right. They found a completely different mini-earth where life is thriving and stuff exists at the center of Earth. Literally, at the center. Wait, they made it to the center? That is like, 4,000 miles down. How fucking far did they fall and not die? 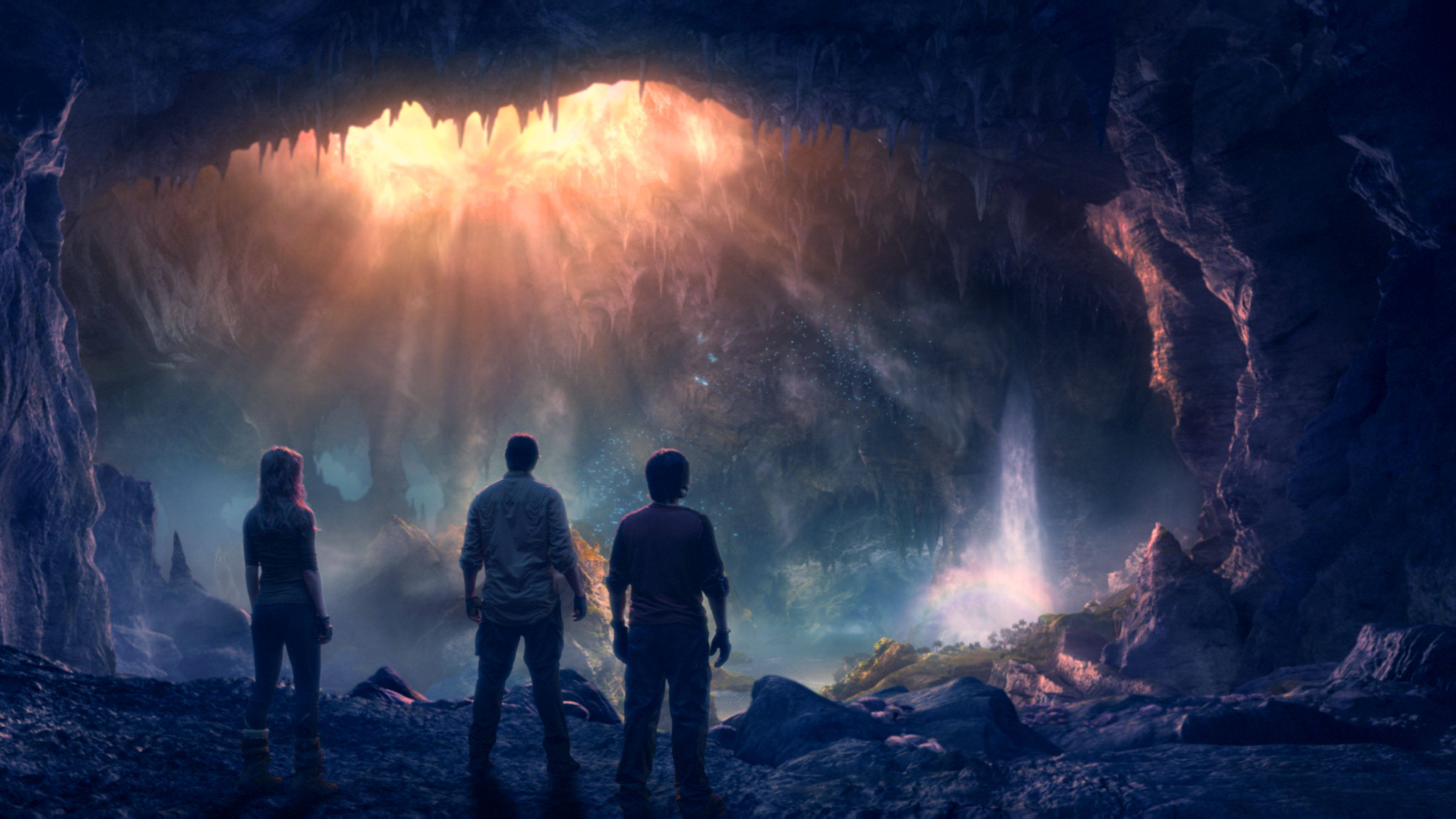 Just stare at the pretty looking mini planet or whatever the fuck is going on here.
Well, they think it’s awesome, but they don’t want to die down here. Like assholes. So they want to escape and thankfully have a map like thing to get out. They just have to wait for an eruption and another giant tube. They will make a boat and ride the steam to the surface. Which is very, very doable. Why the fuck not?

They also have to sail across a giant underground ocean to get there, during a storm, with killer giant fish coming at them! 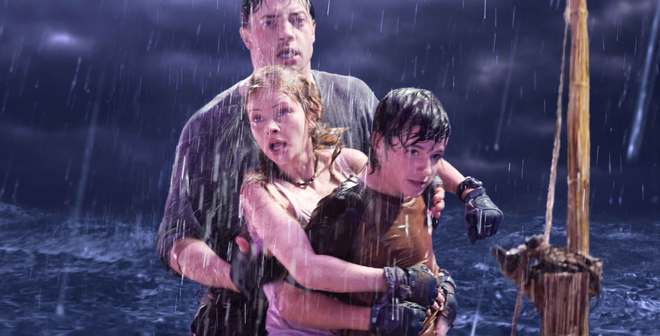 Just thinking about it all is getting me really wet.
Well, in the ocean they lose the kid, he flies off. But thankfully they all somehow still meet up somewhere. WHILE GETTING CHASED BY A GIANT DINOSAUR WHAAT AHHHH! What the hell is it eating down there? We’ve only seen plants, fish and small birds. Da fuq?

They escape, but get to the tube too late. Oh no, water is gone. And no boat!

Thankfully a dinosaur skull can make a boat. And they can crack the wall to bring down a stream of water to the magma, to force them up before the volcano explodes to safety! 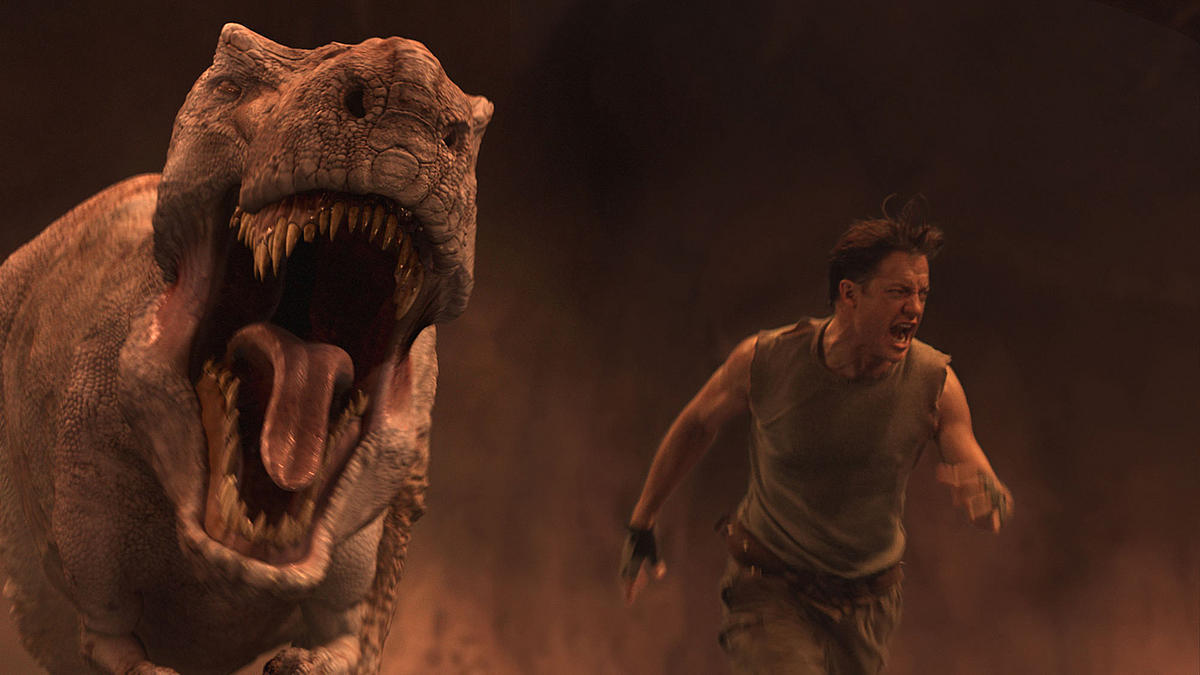 Evolution worked almost identical to the earth thing. I guess. Just bigger everything else. And glow birds.
They escape, life is good, and eventually we get another and another movie.

Yeah! More movies! But they won’t let Brendan Fraser be in them? That seems fucked up. Who let Josh Hutcherson stay?

The first few scenes in the movie made me realize I wasn’t going to have a good time. Trevor seemed pompous and elitist, with no reason to back it up. He gets lucky and thinks he is the hottest shit ever. He probably works at a community college, not a distinguished University.

Well, hey I don’t care for pompous people. He makes us look bad.

Okay, I am pompous too, but I feel like I deserve it. I run a successful movie review website!

If you have to watch any movie, watch the one from the 1950s. It is actually a lot better and not super fucking meta.

1 out of 4.
Tags:1 out of 4, Adventure, Anita Briem, Brendan Fraser, Comedy, Family, Josh Hutcherson, Journey To The Center Of The Earth, Milestone Review, Seth Meyers