Please don’t get confused. This review is going to be about Jessabelle. Not Annabelle. Sure, they are both horror films, and they came out around the same time, and you know, have that belle thing going on. But they are nothing alike.

Okay, they have one more thing in common. But we will get to that later. 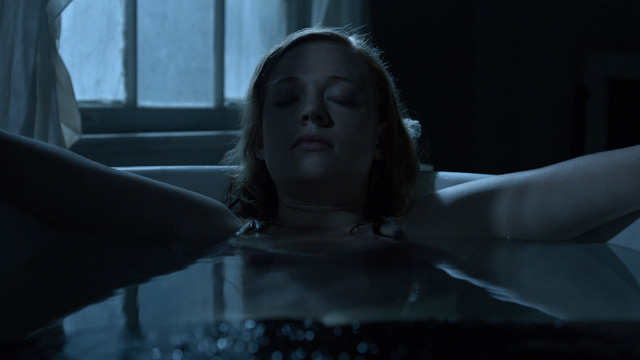 Oh hey, I remember this scene from A Nightmare On Elm Street.

Jessie (Sarah Snook) is living a nice life. In fact she is about to move into her fiance’s house finally and she is pregnant with child. Then surprise, car crash, fiance is dead, unborn baby is super dead, and she is paralyzed legs down. Wow, that escalated quickly.

Now she has to go back down to rural Louisiana, with her dad (David Andrews), and you know her old family home isn’t wheelchair accessible. She just has no where to go.

Well, Jessie finds a box of VHS tapes under her old bed. They were made by her mother (Joelle Carter) before she was born. That is good, because she died when Jessie was young from that cancer. But these tapes are weird. She is acting all funny, talking about death and seeming threatening. Her dad doesn’t like them, saying that wasn’t her real mother, by then her mom was out of it. From the cancer. But what can it mean? 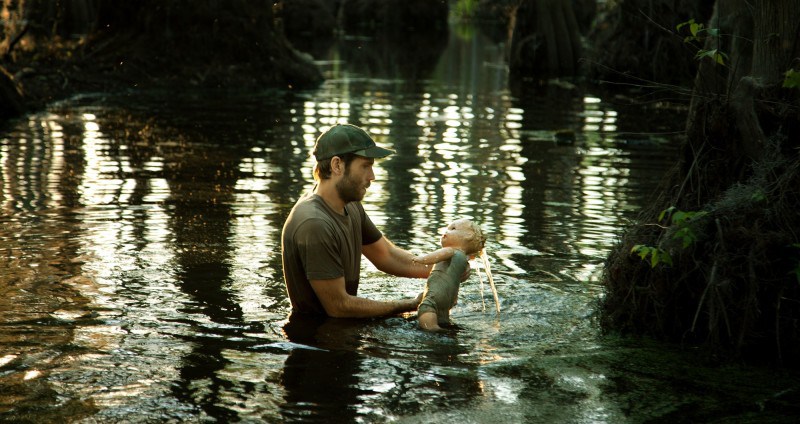 Somewhere lurking in the marshy waters that surrounds this Louisiana horror movie Jessabelle is a unique and decent plot. It it totally there, you just kind of have to scrape off the crap. But not everyone has time to scrape off the crap on their own, and the film makers certainly didn’t do it for us. So instead we got packaged crap and were kind of told to look for it on our own.

That sounded pretty harsh, but I thought I was being clever there.

But it is true! The acting wasn’t terrible. The movie was just slow. Some times people think movies set in rural areas need to take their time and can’t be high energy, but that is just silly. It had its jump scares, it had scenes that were alluding to other movies. And it had a decent plot. But it was full of other crap and given to us in a boring “seen it!” before way.

Oh well, maybe you can surprise me with some indie sequel in like, four years.