I should have seen Insidious two years ago when I worked at Blockbuster. I have never been great at the horror genre, so back then I didn’t watch them. However, there was a huge lull of no horror movies coming out, so when they would ask for new good horror, I basically had to recommend Insidious for two months.

That’s right. I was recommending a movie without seeing it. For shame. Which is why I had to watch it now to redeem myself, but also because of the sequel coming out in a few weeks, shockingly named, Insidious: Chapter 2. 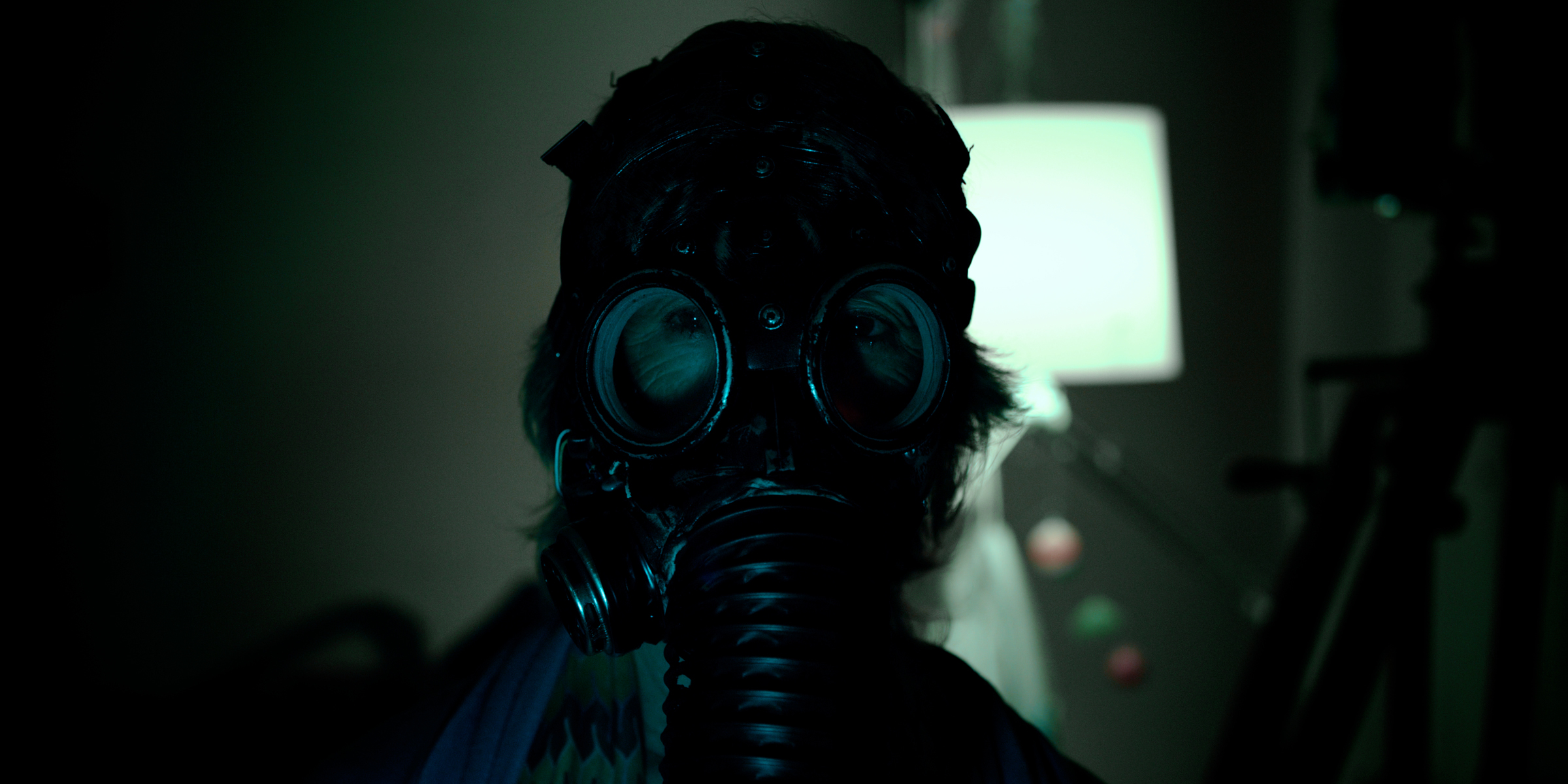 The Lambert family has recently moved into a new home, as is the usual for a haunted house movie.

Josh (Patrick Wilson) is a teacher, and Renai (Rose Byrne) is…not a teacher. I guess she is a house wife. They have three boys, and one of them, Dalton (Ty Simpkins), likes to pretend his a super hero who can fly. Silly Dalton. I know him as that annoying kid added to Iron Man 3 because Disney.

Well, he plays in the attic, falls, hits his head, and goes into a coma. A coma that no one can really explain either. Oh well.

Three months later, shit is rough. No sign of Dalton awakening, and their marriage is getting rough. Josh spends more and more time at work, and his wife is freaking out at home. She is starting to see people where there are none. Hear voices over the baby monitor. Shit like that. Her mom is freaking out too. They think they are haunted.

So they get Elise (Lin Shaye) a family friend to investigate the house, since she works with the paranormal. Elise and her lackies (Leigh Whannell, Angus Sampson). They agree. Shit is fucked up in this house. 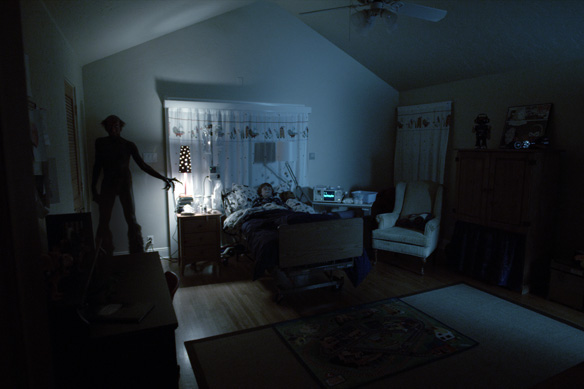 Oh a nice image of a bed room that is p- OH MY GOD WHAT IS THAT THING OVER THERE?

The first half of Insidious is your standard haunted house movie. Things go bump in the night, demons and spirits appear, noises abound, and people freak out.

Then it gets a bit weird.

So weird I didn’t want to expand upon it in the plot outline. It is just incredibly different, which is a good thing. They are starting to think outside of the box and try new things. So it gets all sort of looney and I like that.

What I thought was weaker was the scares. I think this movie was applauded for the lack of jump scares in it, but at the same time, they use loud crashes and piano cords several times, which are just jump scares in noise form. It does benefit from being scary without a big loss of life, or blood, or gore.

I also feel as if the acting was a bit poor from our lead two actors. I haven’t seen Rose in much, but I have seen Patrick in a lot, and I know he could do better. The ending is also a bit strange, but given that we know there is a sequel, I guess it will continue right from where we left off.