Ingenious is described as “A rags-to-riches story of two friends, a small-time inventor and a sharky salesman, who hit rock bottom before coming up with a gizmo that becomes a worldwide phenomenon.”

Now what did they make?

A bottle opener, that says a phrase when you open a bottle.

Yep. A movie about those guys. 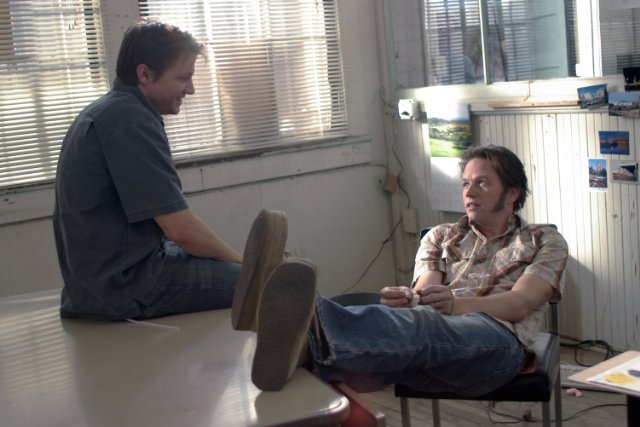 Dallas Roberts is the small-time invent and Jeremy Renner is the sharky salesman.

At the beginning of the film they are selling novelty watches. Dog based ones that has a different thought in a sleeping dogs head throughout the day (for different dog types) and the same for a golfer. Pet owners love that shit but they have problems getting money to make a whole lot of different dog ones.

But Dallas then invents the “random lotto” number watch, thinking that will be a big seller. But turns out people also don’t care about that. The dog idea is the only potentially successful one they have, but need financing. They go to a “Infomercial King” in Richard Kind to try and get it sold, but don’t reach an agreement and he steals their idea.

Dallas is also into gambling, which Jeremy constantly convinces him to do (jerk friend) and they end up wasting their investments more. This makes his wife leave him, but don’t worry, Jeremy’s wife never leaves him. (By the end they might get back together).

He randomly makes the bottle opener that says a phrase, they get lots of money for it, and live happily ever after. Literally, because this is a “True story” and apparently that novelty item is the 4th most successful one, after the Hula Hoop, Frisbee, and the supersoaker. 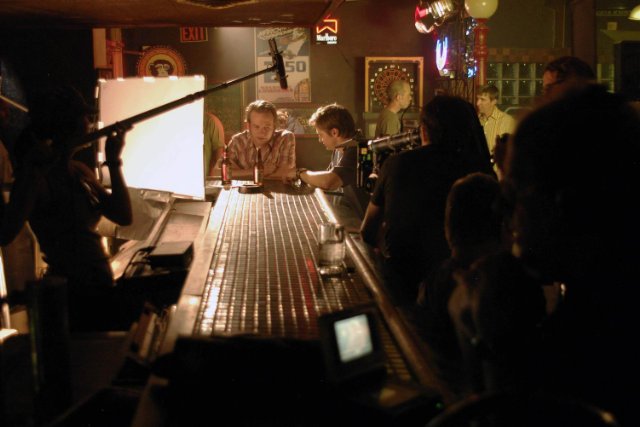 Because for whatever reason, people love it when their bottle opener says one line?

By “rags to riches story” this really is a story about two guys who want to get rich quick in what appears to be the lamest way possibles. Novelty watches and a bottle opener? Big dreams guys.

I’m not saying what they didn’t do is remarkable, I mean, I haven’t made billions of dollars doing anything (yet!), but still, seems like a weird idea for a movie. Think about how much more exciting those other three novelty item movies could have been.

My bigger complaint though is the pacing. Out of an 80 minute movie, only the last 30 deal anything at all with the bottle opener. That means we have 50 minutes of movies dealing with them having not enough money to make novelty watches.

They do a lot with these watches, and do lawyer stuff, and everything. But really? 5/8 of the movie is about the other failed item, and 3/8 is about what they actually did that is important? What the fuck movie.

After 30 minutes I assumed they very successful item was a damn watch that had a dog on it, and it was just confusing. This is not something that should be a secret, and so…out of nowhere. Which is what it felt like.

As a real story, maybe its interesting. But as a movie, it is an incredible let down.