It feels like forever since I have seen a Dan Brown film. Angels & Demons came out in 2009, practically another life ago. I didn’t have to review that film or The Da Vinci Code. I thought the Code was okay, and I sort of likes A&D, but mostly because of Ewan McGregor.

I basically have forgotten these films existed.

But then Ron Howard comes back and says “No! There is more!” I am sure there is more than Inferno too, when it comes to the books, but I don’t even care enough to look it up.

Maybe Howard just got tired of making good movies, like Rush. Maybe he wanted something where someone would do all the leg work in the writing department. Either way, Inferno now exists. And I have to watch it after putting it off for months. 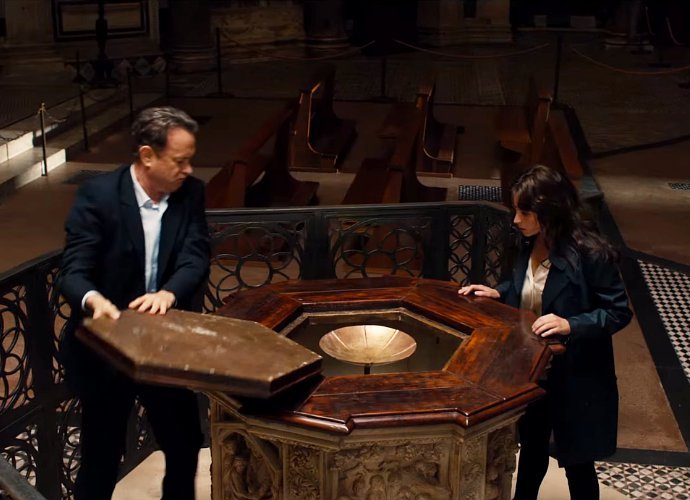 Inferno feels like uncovering a big mystery after thousands of years and opening it up to find out it was just empty.

Robert Langdon (Tom Hanks) is at it again! Or the opposite of that. As he wakes up in a hospital, in Italy, with no memory of recent events. He was dreaming of the Apocalypse though, which is always a fun time.

His Doctor, Sienna Brooks (Felicity Jones) tells him he got shot in the head and survived it, which would explain his amnesia. There is also an assassin after him, so they both had better get moving, or more people will get bullets in the head resulting in even more amnesia.

They eventually find a clue left by Bertrand Zobrist (Ben Foster), a villain name if there ever has been one. He is a billionaire geneticist, and he wants to kill billions of people. Namely he thinks the population of the world has to go down, or else everyone will die. So, being obsessed with Dante, he made a virus called Inferno, that will kill everyone.

Unless, of course, you think…someone were to want to stop it?! Oh no! Who to call, who to call.

Is this the same scene as above? I honestly don’t remember.

Inferno is a wild, chaotic, burning, mess of a film.

From beginning to end, they want to use confusion, instead of mystery, to tell a story and keep you involved. It is convoluted from start to finish, and a cast of one familiar character does not really help myself ever feel grounded.

I honestly found myself halfway through the movie just wondering if I should turn it off. That I should not write a review and instead watch something else. But then I knew that Inferno was so bad, I needed to make sure my review came out, even if it was months later so that future people looking into RedBox would have some clue.

History is exciting. Conspiracies can be exciting. But Brown must have used his best ideas for the first two books, because he is really digging up some less exciting stuff with this movie. Hanks had a pretty bad 2016, yes, I didn’t really like Sully. So hopefully he can turn things around in the future. Play a new role, not a real person, not a sequel. Give me something to show off the acting. Give me something new.

Inferno can go back to hell for all I care.