How exciting. In this documentary, I am not looking at anything controversial, mind blowing, or society changing. I am just looking into the lives of three(/four) people. The lives of a few Indie Gamers.

In Indie Game: The Movie, we discuss three games in particular. Fez, Super Meat Boy, and Braid, which is exciting, given that I actually own all three of these games. And have played two of them. And have beaten one of them!

All big names in their own right in the indie game industry, I got these games through various Humble Bundles in the past and they are all pretty damn unique. They were all also in different stages of the process.

Braid during filming was one of the first really big critically acclaimed indie games and sort of set the bar for indie games to pass in the future. Super Meat Boy in this documentary is working on finishing up the game and goes through their release on Steam and XBox and the nerve wracking wait to see how they did.

And Fez. Oh Fez. Fez who in 2008 won an award for best game design based on a demo, and then spent years in development hell, always tweaking and fixing. Fez wasn’t released when the movie was, so with Fez we got to see part of the development process and what it can do to a single person with all this pressure. 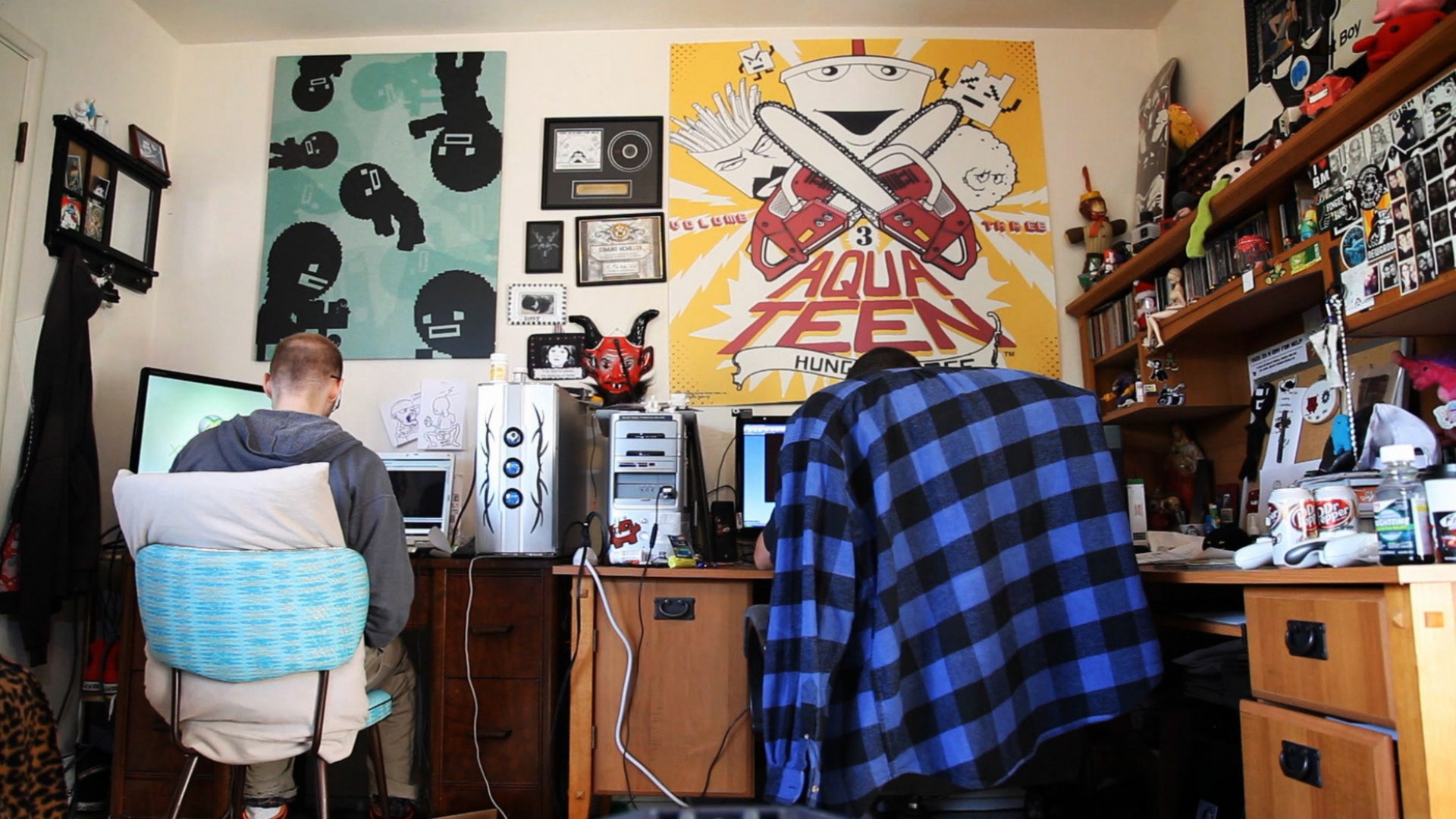 Thankfully they work in an environment where pants are optional.

I was actually impressed that I found this documentary interesting. I thought it would involve a lot more technical elements and show coding and how things were done. That worried me a bit. But no, it was all about the people behind their games and their genuine reactions to the events unfolding around them.

The creator of Braid was known to search the web for message boards where they talked about his game, responding to people. He was upset that people didn’t see what he saw when talking about the best features and the meaning of his game.

The creator of Fez almost had a nervous breakdown on camera it looked like, as he talked about a business deal with an ex partner that could ruin the chances of his game being released.

The two creators of Super Meat Boy lead me down a nostalgic past and seeing their success with their friends and loved ones was awesome.

Basically, it is a feel good documentary, and even better for people who know of those games or have played them. It delves into some theory (just a bit) about some hypocrisy in the gaming industry, and what really will make an indie game unique (and how to design a level, sort of), so it isn’t just human interest stuff.

It tells a nice story, but if anything, it lacked the other side of the coin. Someone who failed at making a game, either financially or through just making a bad game. It would have been nice to have a more “complete story.”

Hell, by the time this review is published, I will have hopefully played Fez.