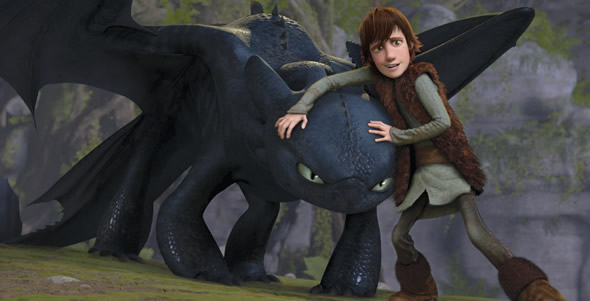 In this story we have Viking like people! Hooray! They are at war with the dragons because…uhh they are dragons and dragons are evil. Our main character (Jay Baruchel) sucks at fighting, and would rather just learn. He ends up hitting the dangerous Nightwing dragon DOWN FROM THE SKY! But no one sees him do it, and it is at night, and for whatever reason no one will go into the woods with him to get it later. Their loss. Cute dragon he finds, and he can’t kill him. But aww, its wing is broken.

Eventually he gains the dragon trust, all in secret of course. Adults don’t believe kids. While he is training with his dragon, he is also getting trained how to fight and kill dragons with the other kids. Through his dragon, he learns little secrets to subdue them without weapons, that no one else knew about. Shit, dude is a genius! He thinks that there is nothing evil about the dragons, and maybe something else is evil forcing the dragons to be “bad”. Just saying, of course. He even makes a book eventually. About how to train a dragon. Oh okay. got it now. 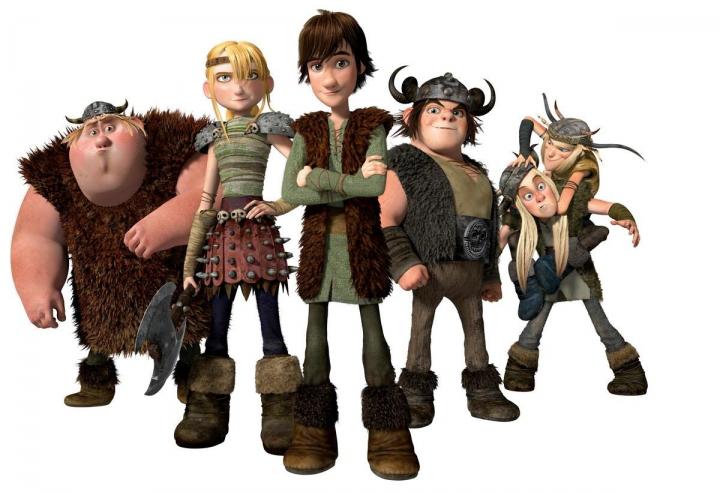 Your heroes, ladies and gentlemen.

And here is what pissed me off. Family movies (or movies for kids) love to do this shit. Make adults unable to change and accept the word of a child. All the time, and use it as a main plot point. It is stupid, and bullshit, and makes me so mad.

Once they find out about his trained dragon, guess what? Everyone flips their shit. They stop from killing him because, well, if they let him go, he can lead them to the lair and kill them all. Obviously that is the best advice! Because this kid, who has surprised everyone for months over his tactics that he learned from a dragon, on how to subdue them, on how they are not bad, and on the fact that a dragon listens to him? That is all hogwash. The fact that any of them would constantly interrupt him and ignore him is the bullshittiest bullshit at that point.

Even if they were at war their whole life, their first reaction would be more confusion and panic and a willingness to listen. That on it owned ruined this from a great film to an okay one for me..

Of course everything changes by the end and people accept the dragons. Thanks to the kid character, they can all now learn how to train a dragon. The sequel being called HTTYD2 doesn’t make sense though. Oh well. I liked this more than Toy Story 3 (the movie it lost to for awards) though overall, is because unlike TS3, it shows that people can change, even if it takes some unreasonable amount of time. Guess what my biggest complaint of TS3 is? Hah.