I can’t believe I almost forgot about Homefront! Maybe because it doesn’t feel like a holiday movie? No idea. But this was the last movie I had on my mind when I went to go see movies coming out before Thanksgiving.

I guess what I am really saying is that a Red Dawn remake made a bit more sense than Homefront for the holidays. 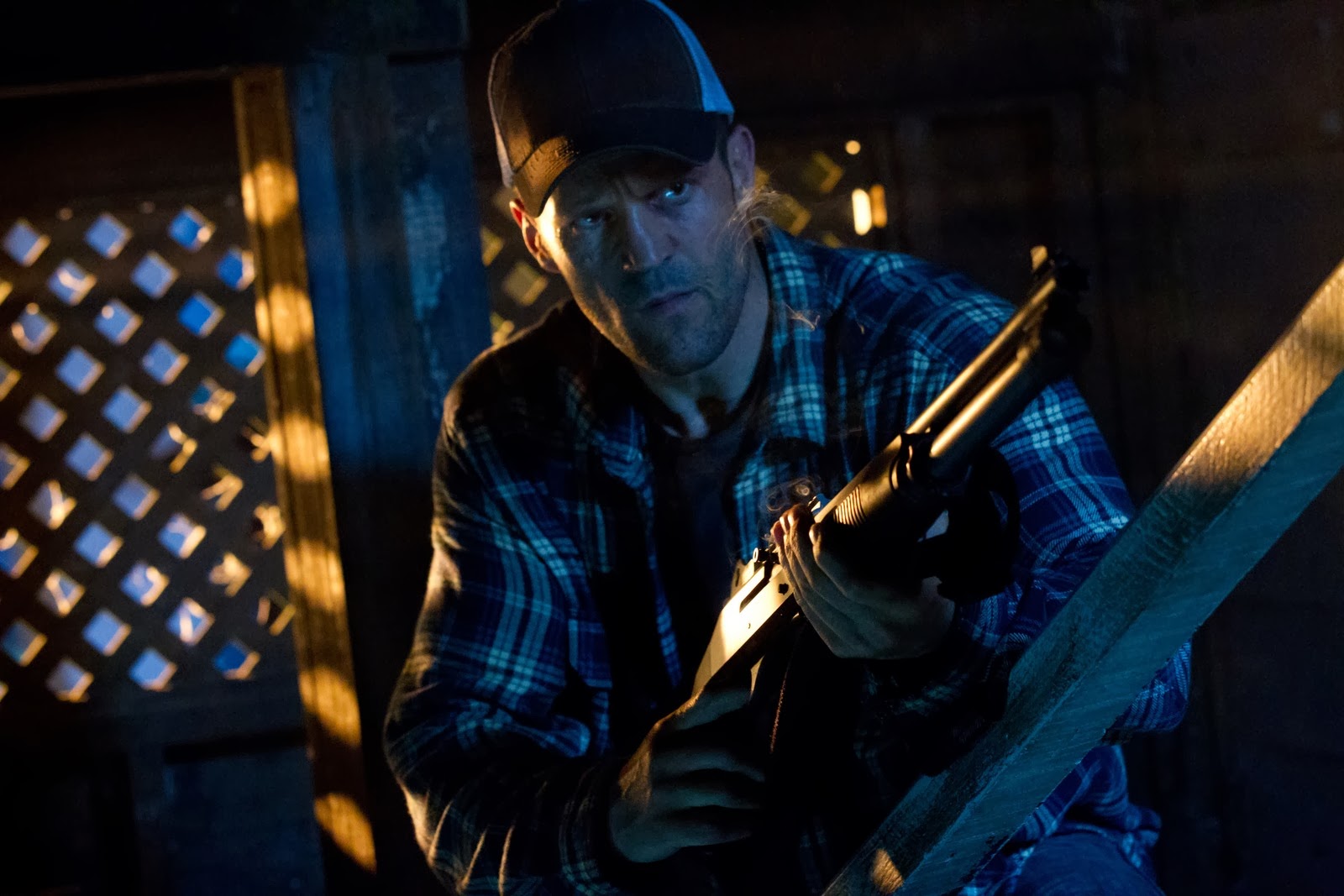 Don’t stare too long. You will start assuming the smoke is some sort of strange facial hair.

Phil Broker (Jason Statham) is a former DEA agent. He is an excellently skilled fighter, in hand to hand combat and in gun shooting, sure, but really he was terrible at his job. The movie opens with him undercover in a Biker gang, four years of work. They are doing a drug bust finally, and from what I can tell as a movie viewer, he does everything wrong. Like reveal that he is undercover to the people he is bringing down, instead of pretending to get arrested too. He goes on a full on chase, and it ends with the death of the leader’s son, and the leader locked away.

So of course Phil goes into retirement and hiding. It is actually unclear if it was necessary, I guess. Because it isn’t witness protection, he just moves to a middle of no where place in Louisiana (which is somehow still in that same biker gang’s turf). So I don’t think he is hiding too hard.

Well, he lost his wife, and is now a single dad, with his daughter Maddy (Izabela Vidovic). He just wants to live a peaceful life, but there are rednecks here who hold grudges over the smallest things. Like when Maddy beats up a Bully, after warning him. So his parents (Kate Bosworth, Marcus Hester) hate Phil now.

So the brother in law, Gator (James Franco) gets involved, a local meth dealer boss here. So of course he knows people, has connections, blah blah blah. The tiny event turns big, and now the biker gang knows where he is, and people might die.

Annnd that’s about it. Winona Ryder plays a former crack whore (that’s the movie term, not mine), Omar Benson Miller a friend of Phil, and Clancy Brown the local sheriff. 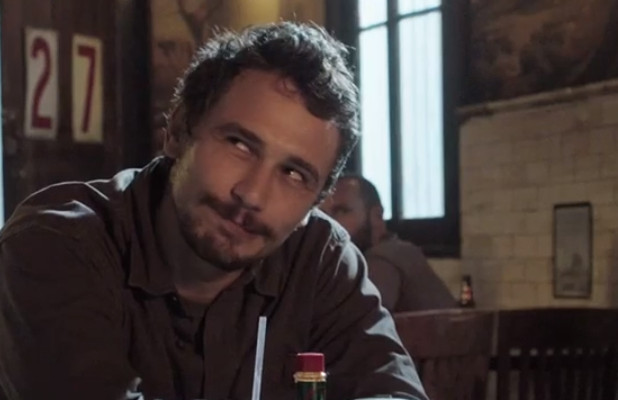 Believe it or not, his character is not high right now.

So, right from the beginning, this movie began to disappoint. The undercover bust was one of the worst attempts at catching a criminal base that I ever saw. First, somehow their tactic included kill, not apprehend, as many of the gang members as possible. They took out the lights way before they were in position. The only prisoner they got was the leader, which is almost pointless. And of course Phil gave himself away at the first opportunity and didn’t even try to stay undercover.

I guess they had to find a bad way to get the movie started.

But after that, this was mostly a bad drama/action movie without a lot of the thriller moments implied from the trailer. With the trailer and the title being Homefront, they showed a lot of Statham in his house, preparing to defend it from a huge amount of attackers. A nice home invasion story, which would be the conclusion. Well, it wasn’t the conclusion, and he didn’t stay in the house. Right when they got there, he left the house, and then they did a bunch of shooting in the woods. The shooting itself went super quickly, and was in the dark, so we couldn’t see a lot of how it went down, depriving me of the action I deserve.

The drama components were bad. Too many scenes were tense for no reason. Statham was a huge dick to the local sheriff, who just wanted to know what was going on. Absolutely no reason.

He was a dick. And he wasn’t entertaining for me. That is all. Waste of potential of a movie. Franco was decent though.