Without a doubt, Her was one of my most anticipated movies of 2013 to watch. That is why I was disappointed I had to wait until 2014 to see it! It is one of those rather annoying ideas by the guys trying to win Oscars. They release a movie on a limited run near the end of the year, then wide release in early January after it has built up steam.

Living in the middle of Iowa, where they have zero movie previews, you will always get the short end of the “limited release” stick.

Despite the wait, Spike Jonze has made some great movies in the past (Being John Malkovich/Adaptation), so I was hoping he could deliver on his first major release that he both wrote and directed. 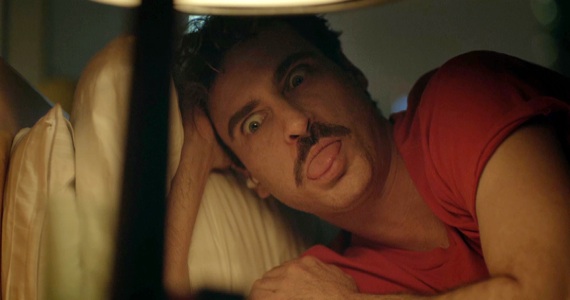 Especially with a topic as serious as this one.

Her is set sometime in the distant future. In this world, human interaction is basically nonexistent. Everyone is attached to their computer devices that they carry around with them, more extreme than it is now. In fact, Theodore (Joaquin Phoenix) works at a job where he writes hand written letters for people, because people really don’t know how to do that anymore. They’d rather leave their intimacy to strangers.

He is also going through a divorce with Catherine (Rooney Mara), but he is reluctant to sign the papers because he doesn’t want that part of his life to end.

Regardless, Theodore decides to upgrade his computer’s operating system, as it comes with a new artificial intelligence software that will adapt and learn over time. His new operating system, which gives herself the name Samantha (Scarlett Johansson), immediately makes his life more organized and better. In fact, he now has someone he can talk to who seems real. Yay, human-ish contact!

Then, Samantha and Theodore fall in love.

The only other main character is Amy (Amy Adams), his long time friend (who he once dated), who is also currently married (Matt Letscher). She provides an actual human constant experience to his life. Chris Pratt and Olivia Wilde also make appearances. 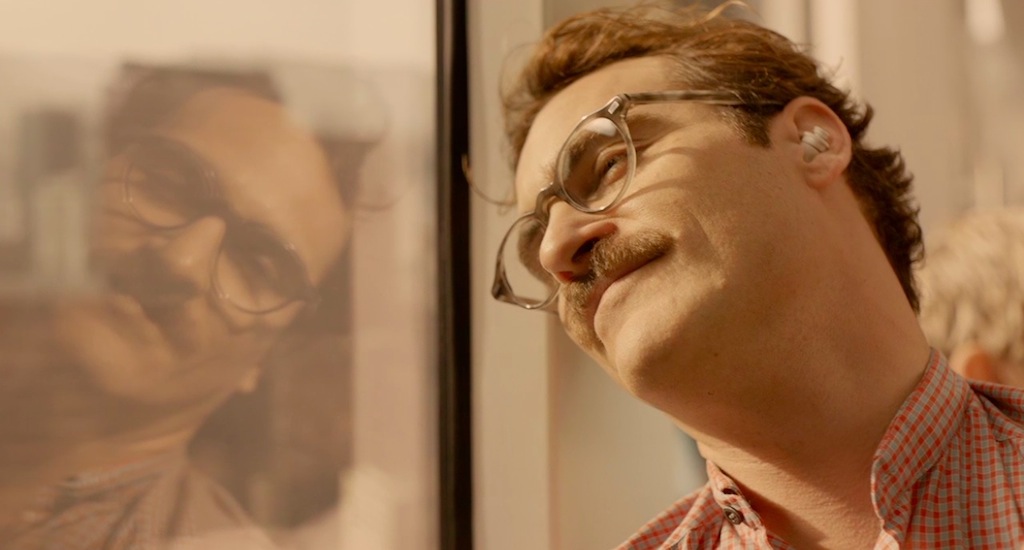 I bet overall, Theo is actually in love with himself.

The basic concepts of Her are not entirely unique. Futuristic society and very smart computers who have human personalities. See, even Disney had a made for TV movie, Smart House along the same lines. But rarely is love touched upon.

Phoenix, like we have come to expect, did phenomenal in this role. He was a dreamer, but alone, a lover, but afraid. The movie is mostly dialogue based, most of which is between Theodore and Samantha, leaving the camera on Phoenix for most of the film to react and talk. Since Samantha doesn’t have a face, the film just falls on his shoulders. Despite his crazy good performance, he will probably fall short of Best Actor Oscar thanks to Leonardo DiCaprio and Chiwetel Ejiofor.

I thought the writing and dialogue in the movie felt incredibly realistic for what was going on. It was also quite beautiful. You could tell that the main character had a lot bottling up inside of him, so every time he started to talk with Samantha, he could let it all out and be real to himself. The love between him and the operating system was by far one of the more heart felt performances of the year.

Because the subject matters of Her are so serious, I can say that after one viewing I don’t think I was really able to understand and get everything I needed out of the movie. This is the type of film that might require multiple viewings, not because of plot twists or surprise endings, but to really capture and appreciate everything that happens subtly through facial expressions and dialogue.

Her is by far one of the more relevant films of 2013. I don’t even have to go into detail about how it relates to modern day life. I’d suggest watching with an open mind and an open heart.