Alright, let’s just get this over with. Heaven Is For Real. Just in time for Easter. My least favorite holiday (note: I dislike most holidays).

Why is it my least favorite? Because I find it the most pointless, and hate that things are closed for it. Not to mention its ever changing day every year. And the shitty movies that deal with it, like Hop, or, well, this one. 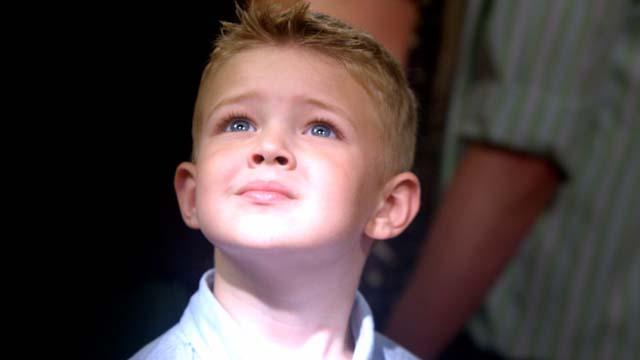 This kid acts pretty strangely for a four year old. In fact, I bet he is secretly six.

This story is more about Todd Burpo (Greg Kinnear) than anyone else. Todd is a pastor at a small town church in Nebraska. He is super religious, a handyman, a volunteer firefighter, and pretty dang poor. He has bills, but you know, he trusts Jesus. He also has a few set backs that sidelines him for the church for some time.

But the biggest sideback comes from his son, who has a huge fever during flu season. This fever lasts for several days. Turns out Colton (Connor Corum) has had his appendix burst, so he has just been in pain. They take him to the hospital, people pray, he is fine, yay living. But then Colton starts to act a bit weird. He claims he saw outside of his body, that he went to Heaven and met Jesus. He met other family members who were dead, then he returned.

This is all very strange for Todd and his wife (Kelly Reilly) to accept. After all, he never was officially dead ever. Just was under surgery, just was in an induced sleep. But he “knew things that he couldn’t possibly know” so he must be telling the truth! None of this could be based on his upbringing, what everyone else told him was real or anything! Nope, proof, right there!

Also starring Thomas Haden Church and Margo Martindale as an influential couple in the town and church. 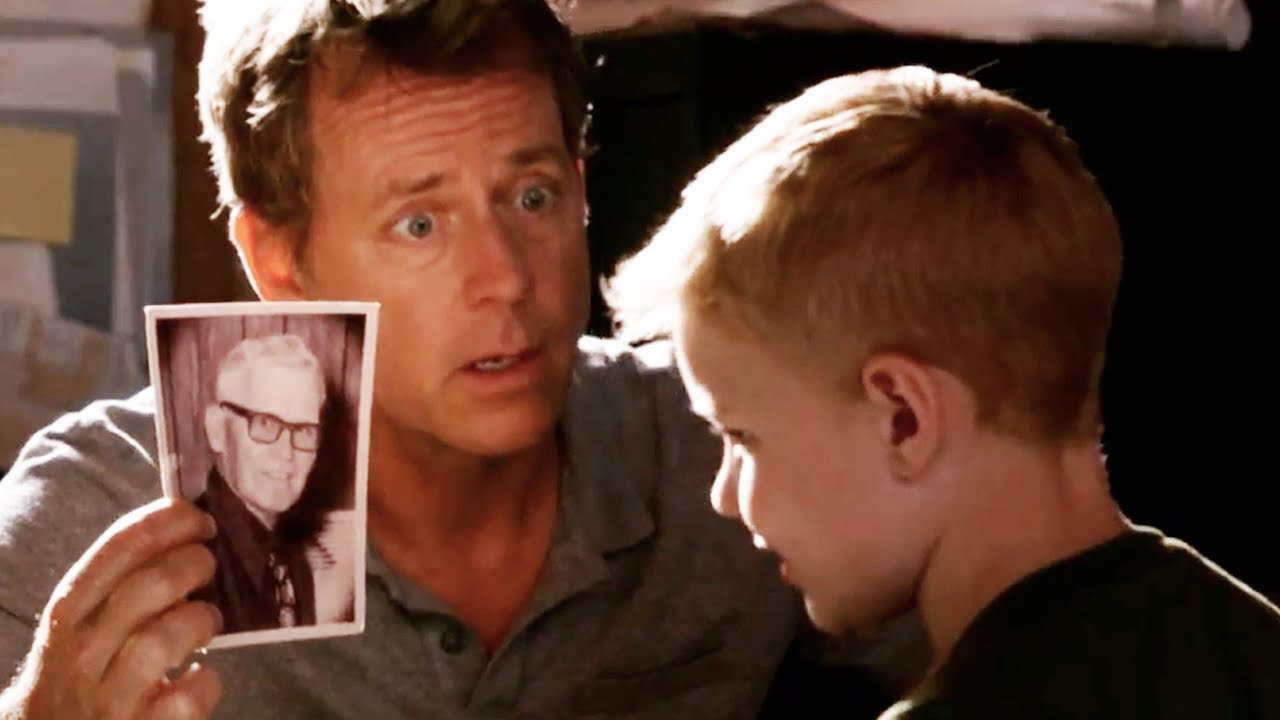 Ah, the big turning point in the movie! I mean, if I was six years old, maybe.

Don’t worry everyone. This movie isn’t as bad as God’s Not Dead. No, this one at least has some pretty scenes, decent CGI, nice camera work, and better acting. Come on, Kevin Sorbo was always hammy, so he isn’t great now. No, we get Greg Kinnear, who was nominated for an Oscar for his role in As Good As It Gets!

There isn’t a lot I can say about this movie either. They kind of go over everything. They literally explain most of the theories as to what could have happened, all of those theories make sense. Then all of those theories get ignored every time the boy says something. The problem with it is that he never says anything that is proof. All of the information that was kind of shown in the trailer? That is basically all the movie shows too. No cutting tape ruining it either. The dad shows the kid a picture of the grandpa when he was younger. “Yep, that is him”. That is all. He doesn’t describe him at all, just declines the old version and picks the young one.

Same with his description of Jesus. I mean, the fact that the Jesus he saw being white kind of proves that it was all just a bullshit dream anyways, right? Right?

My biggest reason why this movie doesn’t get a pass is the ending. It kind of just ends. Doesn’t really prove anything, just ends a little bit after a sermon that doesn’t make a lot of sense. It is an ending that is an extreme let down. The problems faced by them in this movie seem to be ignored. They owe like, 50,000 in bills, stuff going to collections. But whatever. They are having another baby, the town like him, and the movie ends.

For fucking sake, at least finish your dang story.

Overall, I’d say this story has the least amount of things happen in it that I have ever seen in a movie, for it to make the big claim that it does. Like absolutely nothing happens. It also features a lot of people getting angry over nothing and yelling without any real spark.