Apparently that is how some people are referring to Haywire. Not sure why, not like she is a secret weapon or anything. I think it is more based on the realistic fighting than anything. What I’m trying to say is, I had no idea what this movie was about. 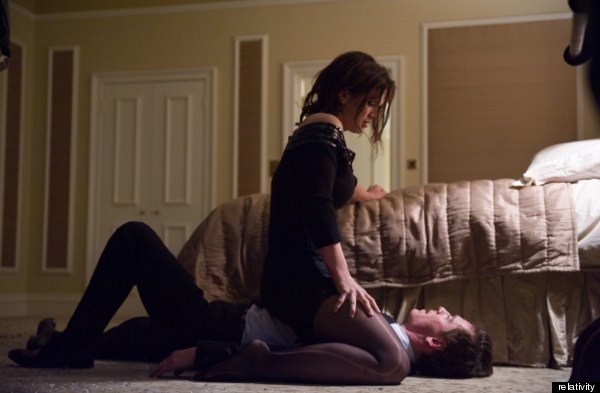 Gina Carano is just hanging out in a diner, when Channing Tatum comes in, and eventually they fight! He wants her to leave, for some reason. This looks like legitimate fighting too, not what normally happens when a woman is involved. She gets punched in the face! A random diner patron, Michael Angarano, intervenes, allowing her to break Tatum’s arm and escape. With Michael, in his car. Woot!

She goes over the last week of events. Turns out Tatum and her used to work for a private covert firm. The firm is run by Ewan McGregor (also her former boyfriend?)! They get a job from an agent in DC, Michael Douglas, to rescue and Asian guy in Barcelona, who is being held hostage. Their Spanish contact is Antonio Banderas. Don’t worry, I am not done name dropping yet.

Well, despite it being hard, they succeed! Back in the US, she gets a second secret mission, that is also meant to be easy. She just has to pose as the wife of a British agent, Michael Fassbender, in Ireland. No sweat! But during the mission she finds out that the Asian guy they saved…has been killed! And made to look like she did it. Set up by her own firm! But why?

The rest of the film is her trying to figure that out, on the run with that random stranger. A lot of scenes involve her kicking peoples asses too, so that is fun. Also her dad is played by Bill Paxton! So many famous (men) in this movie. 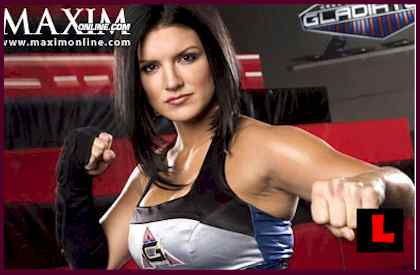 Gina’s claim to fame is MMA fighting and being “Crush” on the American Gladiators reboot.

In terms of fighting, I tended to like those scenes a lot. The most, compared to the rest of the scenes. Definitely important for an action movie with a lame plot. I am surprised by how many famous actors are in this movie, despite how I barely even heard about it coming out in theaters.

Obviously I thought the acting was a bit weak, especially from Gina, who…hasn’t really acted in anything before. But thankfully they have a lot of the other people do most of the talking. Scenes in her flashback were kind of weird, like randomly switching to a slow motion black and white adventure when they were in Barcelona. Disrupted the flow for me and felt cheesy.

Although the plot isn’t too interesting, it is fun to see her kick a lot of peoples asses. Especially Ewan. I have no idea why that is so rewarding.