When I first saw Happy Feet, I loved it, minus the ending. Had an interesting plot, great jokes, some surprise pop culture references, songs/dance, and even some scary moments. Just the end was dumb and preachy, and felt super deus ex. Ending I hated!

I’ve seen it a lot the same, and I still think the same thoughts. That is good.

So what about Happy Feet Two? Well, as long as it doesn’t go preachy, and have a plot other than “baby penguin does something different, isn’t accepted, and eventually is accepted” then hell yeah, lets do this thing. 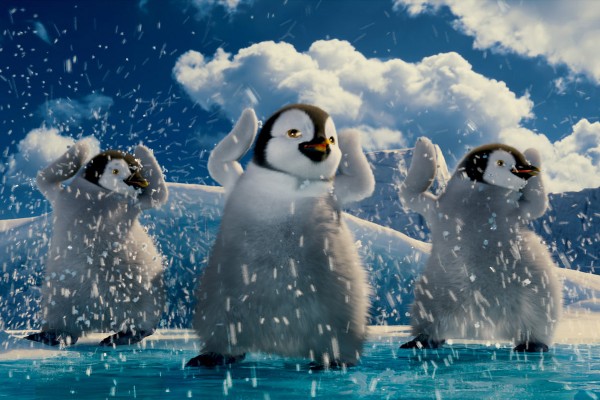 These penguins are unfortunately “bringing fluffy back”.

Mambo (Elijah Wood) and Gloria (now Pink, since Brittany Murphy died) have a child! Yay! He just isn’t as good at dancing or singing yet (damn it…). Thanks to Ramon (Robin Williams, who also still does Lovelace too) the kids get separated and taken back to his land (where he wants to find love, preferably with Carmen (Sofia Vergara)).

There they find a new penguin that everyone loves. Sven, the flying penguin (Hank Azaria! And German-ish). While they are out and Mambo is looking for them, some ice sheets melt and move around! They crash into each other and Emporer land is now surrounded on all sides by large ice cliffs, and they are trapped in a valley. No way out!

Noah the Elder (Hugo Weaving) is still in charge, and he tries to keep calm with Seymour (Common. That big rapping penguin played by Fat Joe last movie. ANOTHER ACTOR CHANGE!), after figuring out escape is impossible. I would like to note that still having Noah be alive and in charge is weird, since Mambo’s parents are NO WHERE in this movie. I can’t believe that they got old and died, if that old one is still there. They are just ignored then.

Eventually the day is saved, and not by the methods that you might guess. Somehow the power of dance must be involved, after all. They even noted the Deus Ex feel of the last movie, and I thought they were about to fuck me over on that again, but don’t worry, it doesn’t work.

But the real stars of the the movie are Will and Bill the Krill. 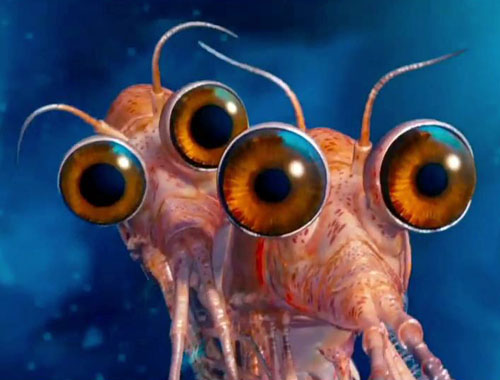 I think it’s obvious which one Bill is.

The krill are voiced by Brat Pitt and Matt Damon, respectively. Will is a Krill who wants to get out of the swarm, discover the world, live in the now, become a predator and escape the bottom of the food chain! Bill is his friend who reluctantly goes along with him, trying to bring him back to his senses and is gay?

Yep! I think so, or at least he wants to raise a family with Bill, tons of children, not caring if they are both male. The scene after that he even sings Wham! making it seem very likely that Matt Damon has now played a gay Krill in his life. Definitely a bucket list check off.

But seriously, these two krill are awesome. Their story is woven through the rest of the story, at first you are unsure of why, but once it fully connects at the end, you will see why their journey is overall worth it and integral to the story.

Song wise, there seemed to be a bit less. Only the first song intro featured mash ups. One song in the movie at least was entirely original too, and was my least favorite. The first movie though had a whole lot of songs in the first bit, and then felt like it had nothing until dancing at the end. This one spreads them out a bit more, and the final song is “powerful” and almost made me cry in happiness.

The movie also has a lot more going on with the Elephant Seals, who were pointless in movie one, but also bring out a better ending and a very sad part about 1/3 of the way through. 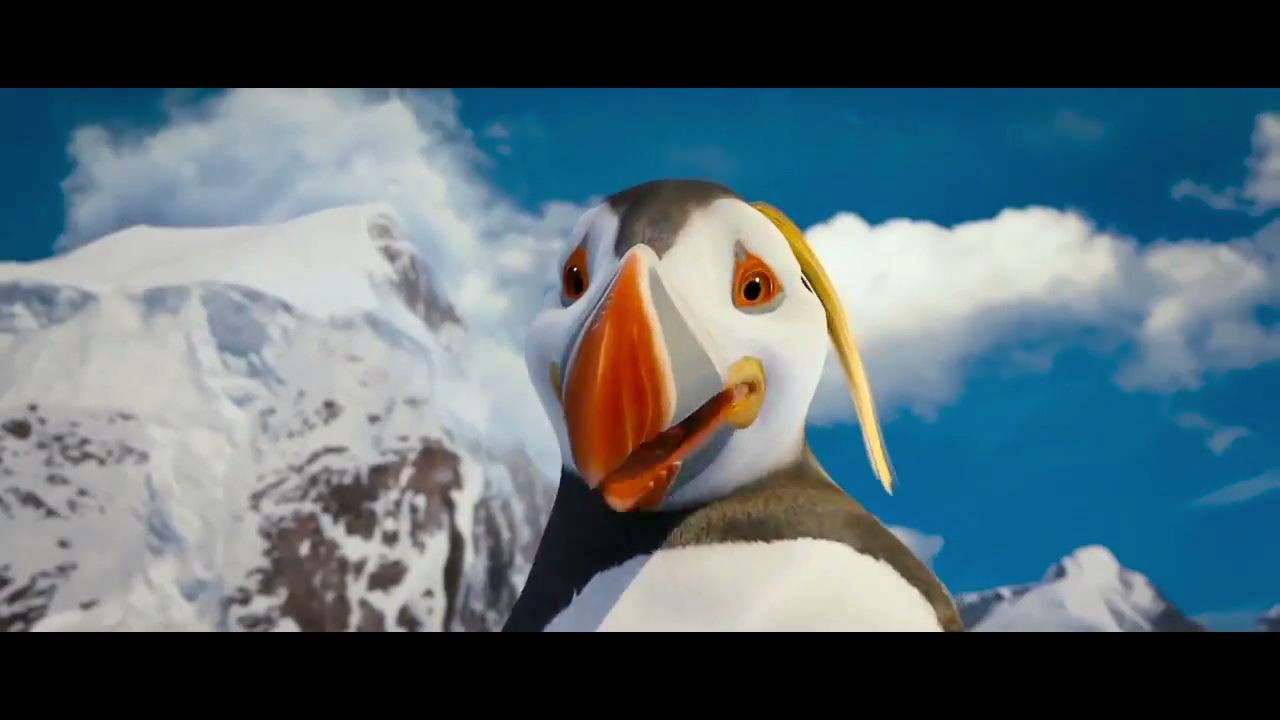 Hey look. It is Sven! But what dark secrets does HE hold?

The sequel has a lot more plots than the first movie, a change I loved. Thankfully they don’t change who the main character is in this movie, and you know it is still mostly about Mambo. Overall though I felt like the songs in this movie were drastically weaker than the first. Improvement in that area would push the rating to the top, but everything else is great.