I am watching The Iceman on the recommendation from someone who hasn’t even seen the dang thing. They just heard it was good from other people. Thankfully, I am glad I took that advice.

The opening of this movie starts with a really awkward coffee date between Richard “Richie” Kuklinksi (Michael Shannon) and Deb (Winona Ryder) that doesn’t seem to be going well. She’s telling him how she thinks he’s not talking enough and then makes a comment about his creepy tattoo. Because of this, he gets visibly offended and she apologizes profusely. However, two scenes and several years later they’re married and having a baby!

That tells us one of two things: Either bad first dates could end up well, or their bad decision making has been consistent. 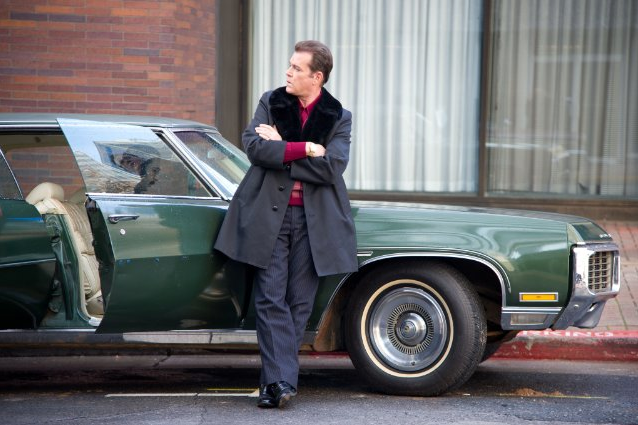 Ray Liotta is in a film about mob guys? Who saw that coming?

After Richie’s job with a Disney cartoon dubbing *cough*porn*cough* studio gets eliminated, Richie is offered a job by the mob boss as a hit man.  Turns out, Richie is already pretty cold-hearted dude, due to some serious childhood issues, so he has no problems gracefully accepting the position. After all, he’s got a wife and a kid and apparently she’s spending her days looking at expensive houses instead of quietly cleaning the one she has. That bitch.

After years spent as a contract killer picking off everybody, including business associates and long time friends, it’s clear that the only people he cares about are his wife and kids. He doesn’t care about them enough to tell him the truth or get a real job or anything, no, but he will kill anyone that gets in the way of him supporting his family. 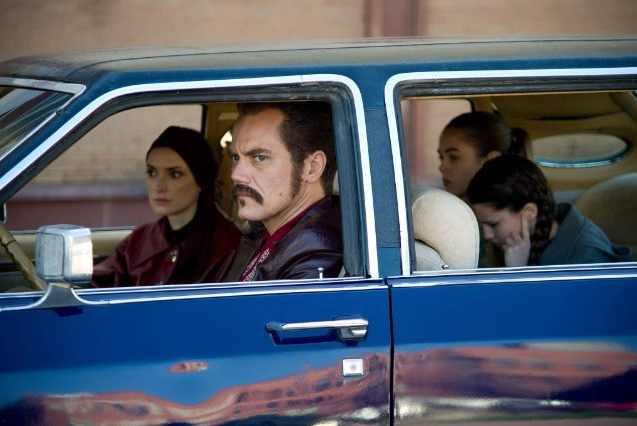 “Tax man? Dead! School Principal? Dead! Door to door salesman? Dead! Lazy crosswalk guard? Double dead!”
Due to the fact that this is based on real events (and there was a documentary about it roughly 20 years ago) it’s not much of a spoiler to say “Hey! The police caught him!”  The finale includes a really crazy monologue from Richie, and according to the history books he never saw his family again.

What really gets me about this film is that it’s so intense but void of a lot of high powered action. You are only going to get one car chase, and it is not as you would expect. No one is going to fight on top of a train, but I feel like that’s better reserved for Bond.

Also, I was incredibly fascinated by the casting choices for Richie and Deb. Shannon is such a HUGE guy and Ryder is this tiny little thing and every time he embraces her or even just stands next to her it looks like she’s going to disappear into him.

Overall it was a really captivating movie and I’d put this on my “watch again” list.

I’ve reviewed this on Criticker!