I feel like a bad Ben Affleck fan. Here I am, talking about his greatness, despite having finally seen Pearl Harbor, but I have not seen a third of the movies he has directed. That means the first movie he directed, Gone Baby Gone. I might not have really known it existed. Whoops. Of course he has his brother in it, but it is nice to know his first work that lead up to Argo, right?

Damn straight. Forgive me Affleck Fans 4 Lyfe, my former Myspace group that I was in. I have redeemed myself in your eyes I hope. 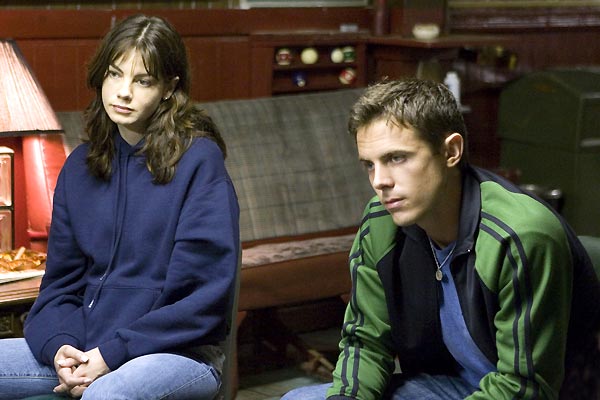 But maybe not in the eyes of Ben’s brother.

Patrick Kenzie (Casey Affleck) is a private investigator, with his long term serious girlfriend Angie (Michelle Monaghan). On the news, there is a story of Helene (Amy Ryan) who’s child has been abducted, and she is pleading for the police to find her quickly! The police chief (Morgan Freeman) is super sympathetic to the cause, because he has lost a child himself, and has made child protection his number one goal as head of the department.

The next day, Patrick and Angie get a visit from Beatrice (Amy Madigan), the sister of Helene, wanting to hire them to find the child. This is a special case, they do specialize in finding missing people, but that means people on the run, not people who have been kidnapped. The last thing they want to do is find the child in a ditch somewhere, kind of ruins the mood. Eventually, they agree to help Beatrice, Helene, and Beatrice’s husband Lionel (Titus Welliver), while also trying to not get in the way or ruin the police investigation at the same time.

What follows is the dark paths their investigation take them on, the reprecussions that follow, and the many months of aftermath of uncertainty and grieving. You know, without giving too much away. Ed Harris and John Ashton play cop guys, and Michael Kenneth Williams is of course a drug dealer. 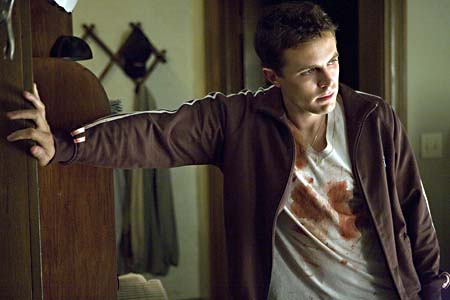 OH GOD I HAVE SPOILED THAT THERE IS BLOOD IN THIS MOVIE. MY BAD.

To fully enjoy Gone Baby Gone, you definitely can’t multi task through it. There is a lot going on in this thriller, with many layers of information coming in at different rates. But it is also not your typical mystery to figure out the ending, because it is actually the last thought on your mind while watching it.

Nay, loyal readers, the main point of this is the characters themselves, and their lives as they are all affected by this simple child abduction story.

But then again, personally, I did think it was going a bit slow early on, after they agreed to take the case. You know, because clues are hard to find then. I just didn’t expect so much of the movie to take place after the case had been “solved”. Solved in quotation marks can mean lots of things, so stop guessing!

Either way, it is a well acted drama/crime movie, I just think it could have been a little bit more entertaining (or quicker?) with certain developments.