Happy America Day, for Americans! I had my review of White House Down yesterday, because sometimes there are better things movies to do for a day such as this.

Maybe the movie was chosen on the title alone. Maybe the movie has nothing to do with extreme patriotism, and it is going for irony? We will just have to wait and see. 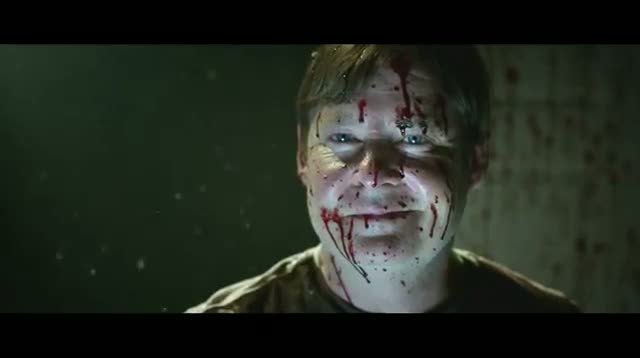 Life is raining down shit on Frank (Joel Murray). He is divorced, his kid doesn’t want to visit him, he works entirely with mouth breathers, he has brain cancer, and there is nothing intelligent on TV. I wrote about those things in order from least important to most important. But seriously. TV is the worse. All singing competitions making fun of special needs people. People like Steven Clark (Aris Alvarado) who will be the unfortunate talk of the movie for being a bad singer.

We got reality shows, “news shows” that belittle their guests and are just mean. But lets not forget bratty teenage girls. The. Fucking. Worst. Like what his daughter will probably be.

These bitches all just deserve to die. Especially before Frank.

So Frank goes and kills a teenage girl.

He does this in front of Roxy (Tara Lynne Barr), another sixteen year old girl, who thinks it is basically the best thing ever. But he shouldn’t stop there. No. They need to rid the world of everyone who is lame. Like people who say rockstar. Or give high fives. He just dislikes people who are mean. They are the real ones who need to get shot.

Like mother fuckers who talk in the movie theaters. The worst of the worst.

Or people who profit billions by making fun of bad singers on television and just being unlikable assholes. Yeah. Let’s make that the main goal.

If anything, I can say that God Bless America is definitely an experience unlike one you have ever…experienced before. From start to finish, I was both surprised and taken aback at the lengths that the Frank and Roxy went through to just deliver a little bit of justice.

Sure. You could argue that this movie was made just as a long long rant by the writer/director. Frank goes on many monologues about what is wrong with society, and they go to great lengths to show you all the worst aspects of TV and put you on par with the character. People might get annoyed, but I found myself captivated by the dialogue.

The violence is also pretty great. Sure, most of them are just people getting shot with guns, but some are done in quite creative ways.

There are negatives, sure. The ending was a bit more anticlimatic, in terms of how it was filmed, not the result. It just seemed a lot less epic than I would have thought (which could be on purpose). I might be a bit disappointed that not enough people died in their spree either. But I am just a violent American, so that doesn’t matter.