Surprise, its M. Night Shyamalan! He has been on a bit of an upswing lately. After he did The Visit, which was better than expected. And after he did Split, which was really great thanks to acting performances and of course, a surprise sequel.

Now, with Glass, we find ourselves with a trilogy no one would have expected a few years ago. Split works really well as a sequel to Unbreakable, maybe more so because no one expected it to be a sequel.

Unbreakable still holds up today, as a slow origin story and realizing that one might be something greater than everyone else around him. With Glass he has quite a task. Can he fully combine these two films, and bring about some sort of resolution? Because I don’t think anyone is expecting it to continue after Glass, into some just Shyamalan franchise of supers. An update is what we want, not a never ending story.

But hey, I am willing to change my mind should this be awesome. 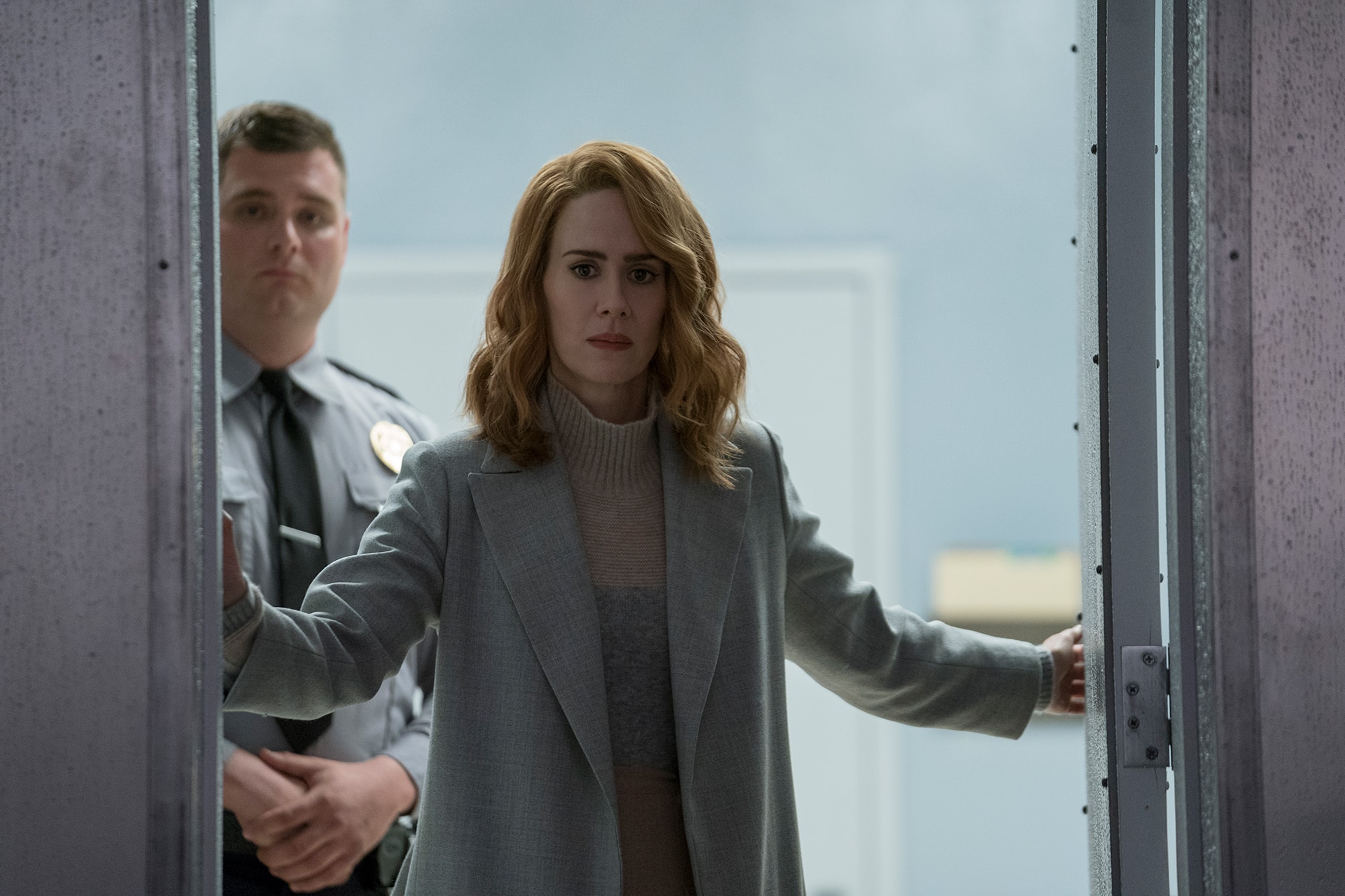 It turns out, that the more I talk about really what goes on in this movie, the more I might accidentally give away in terms of it its plot. As of now, Kevin Crumb and company (James McAvoy) have created the Beast and are causing havok, doing their own thing. Casey (Anya Taylor-Joy) is returning to her regular life, and is in a better home situation.

Dunn (Bruce Willis) runs his own security business, while also spending time looking for people to help, and right now, The Beast. His son (Spencer Treat Clark) is now grown up, but still on his side and his “tech base guy”.

Elijah Price (Samuel L. Jackson) has been in a mental hospital for some time, and his mom (Charlayne Woodard) is still alive! And we also have Dr. Ellie Staple (Sarah Paulson) as a psychiatrist, who has a very specific niche. 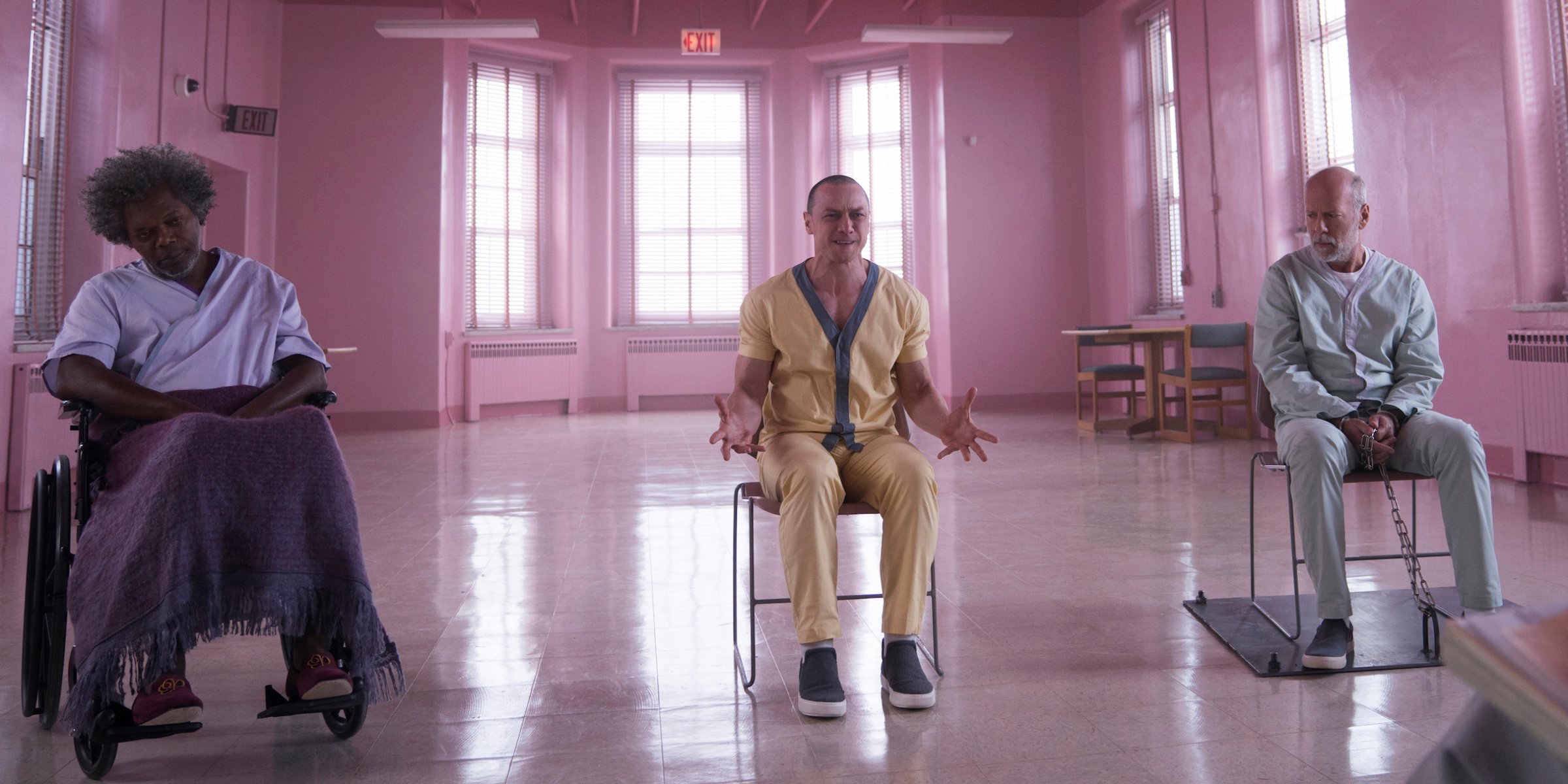 What a climatic battle of super people! Wait

No, nothing like that. Instead, most of what I imagine people will suspect is going to happen really quickly, and the other 85% of the movie will be something you did not expect. I know I didn’t, but I didn’t see a trailer and so went in with my own regular expectations.

Now I am not saying where it went was bad, it was just extremely weird and unexpected. Specifically, Paulson’s character I really hated, and yet, we were supposed to hate her. There was just other things off with it. The situation she was in, her conversations, they didn’t feel natural so it took me out of the realism they were going for.

This is a lot more than anyone bargained for. And for a lot of the film, I was still sort of digging it. I didn’t think the direction was bad. But the ending. The ending is a mess of “twists” and what felt like a never ending movie. This movie at 129 minutes feels like its three hours. It is very slow paced, and feels like there are multiple regular ending spots.

McAvoy is still fan-fucking-tastic. What we wanted was to see more of his sides, and I lost count, but I think we get to see the rest of his many faces. We get a lot of long shots of him going between his voices, and it is great to see the many transformations.

Samuel L. Jackson is not utilized enough, Bruce Willis looks great (and old) but is too quiet and also under utilized. We need more updates, damn it. It was great to see Clark and Woodward back after so long, replacing them would have been lame.

And finally, I am pretty sure the timing is really off in the movie. It sounds like they said it took place only 3 weeks after Split. Did it? No idea. But if so, then all this talk of 19 years is bullshit, unless Split took place in the future compared to when it came out. And if Glass is only 3 weeks later, from a few years ago, some of the references made don’t make sense. Damn it, I hate it when timelines are confusing and characters can reference songs that aren’t out yet.

Let’s end the review on this note. Again, Glass is weird, it tries to do something different. It succeeded at being different. And I don’t think people will be happy with that difference.