Arguably, this has been a great summer for Ethan Hawke.

In a few weeks, he was seen in two completely different movies. The first was The Purge, which doubled its budget in earnings and was a surprise early horror hit. The second was Before Midnight, the end of an eighteen year long trilogy, which featured some of the best acting I have seen all year. If that one isn’t nominated for awards, I will burn something.

I’d like to think he got greedy though. Why not add an action movie, Getaway, to his summer releases? Then the only thing he is missing is a comedy! This is what happens when you fly too close to the sun, Ethan. Tisk tisk.

Tisk motherfucking tisk.
The movie starts right away with our “hero” walking into a home in complete disarray. The Christmas tree is in shambles! Brent (Hawke) receives a phone call from an unknown number on his wife’s phone (Rebecca Budig), who of course is now missing.

During his tasks, The Girl (Selena Gomez) tries to steal the car from him with a gun! No, she isn’t actually playing a thug from the streets, like the trailer implies. She is just a rich girl, who also is really good at technology, and claims the car belongs to her. Brent has to keep her in the car, to help with the tasks at hand. Or at least, that is what The Voice tells him. Can this former NASCAR driver turned regular Joe Schmo save his wife? CAN HE!? 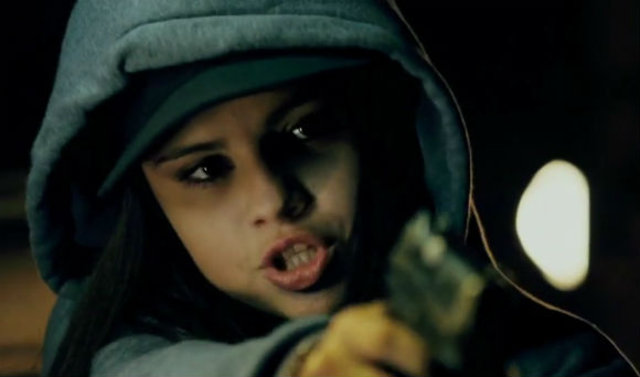 The exact moment in the trailer when you knew this movie would suck. Never before has it been so easily captured!
I will try to be fair and start with the positives of this pile of excrement.

If anything, you can argue that this film offers nonstop action. As an action movie, that is something most can only dream about.

Unfortunately, that level of action is also one of the weakest aspects of Getaway. Car chases and crashes are fine, but to amp up the action, the director, Courtney Soloman, decided to try out a thousand different camera angles.

We have views of faces, of the car, from above, from the clutch, from the breaks, from security cameras, from the cameras in the car. Flash flash flash flash. This movie may induce seizures with how fast the camera angle changes constantly. I can tell you I developed a headache watching this movie, and one of the main reasons is the constant ADHD feeling of the camera.

Honestly, we only need to see him slam down on his break and change gears so many times during a single movie, not every single time he does it.

The other headache inducing parts of the film have to come from the very weak plot and acting. I am not saying Gomez and Hawke are bad at acting normally, just they are in this movie. It can only be blamed on the script and directing. I won’t even talk about the plot, it is just so unimportant and silly.

The ending leaves a lot to be desired as well. It technically gives us some sort of closure, while also kind of feeling like a kick in the metaphorical nuts.

Courtney Soloman has only directed two other movies. I haven’t seen An American Haunting, so I cannot comment on it, but thirteen years ago he directed Dungeons & Dragons which was a slap in the face for an entire culture with its level of badness. It is sad to see that after thirteen years, he has might have actually regressed in his directorial abilities.