So, Generation Iron came to town, so I had to watch it in theaters. My first question was, what in the fuck is Generation Iron? Basically, it is a sequel to Pumping Iron, a documentary that came out in the late 70s to introduce the world more to the idea of bodybuilding and Mr. Olympia.

The purpose of this one? I guess to remind us that Mr. Olympia and bodybuilding are still a thing, and they want attention, damn it. 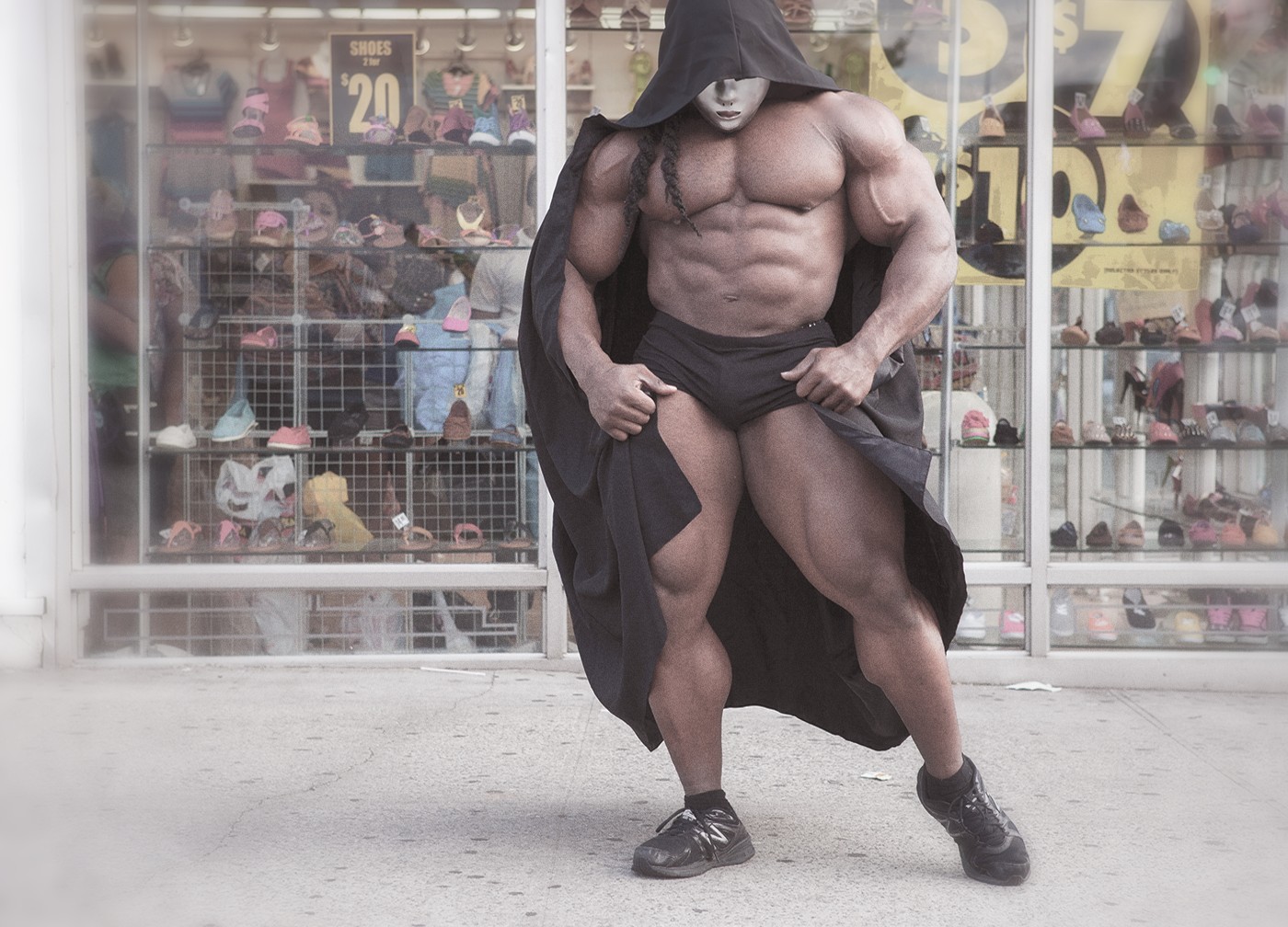 Unless they are dressing up like ninjas, then they do not want to be seen.

The year, 2011, and Phil Heath has just won the Mr. Olympia contest, his first ever. In fact, he won with a perfect score. Could he be the next big deal?

Well, he thinks so, he is a cocky son of a bitch, who talks about perfection, and just trying to beat himself at this point.

This film details the lives of several current big name body builders who hope to take the title, and who are going through many different paths to achieve that goal. A lot of names, could list them all, but I just want to note Kai Greene, who looks way too friendly to be a body builder, and Dennis Wolf, who is the real life incarnation of Rainier Wolfcastle.

The film talks about it all. Science, training regiments, heart, why they get so bronzed up before a competition, and steroids. Yes, even steroids. They don’t avoid the subject, they talk about it straight on…just…uneasily.

Also a lot of guest stars. Arnold Schwarzenegger, Lou Ferrigno, Busta Rhymes, Michael Jai White, and awkwardly narrated by Mickey Rourke. Why awkward? Well, because he didn’t really add much to to it. Just said some stuff, usually poetic, every once in awhile. Kind of creeped me out.

Then it of course goes into the 2012 Mr. Olympia contest, showing us how its all done, and yeah. Movie! Woo weights! 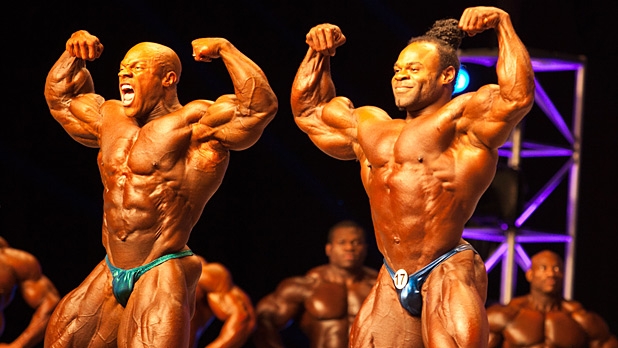 If they knew how to fight, they could kick all of our asses.

Again, documentaries are kind of strange to review, but here is my attempt. This movie gave a really good view of bodybuilding from what felt a neutral stand point. Despite Phil being the winner, they didn’t attempt to show him in a positive light, they let him be himself (and he is apparently an egotistical asshole. Alright, maybe they hate him and it was cut that way?). We got to see the good and bad of lots of contenders, who come from many different backgrounds and abilities. I loved its neutrality on all the issues, and the fact that they even brought up steroids. Made me happy.

I am not a fan of these competitions, because they are just so damn biased, they don’t make much sense to me. Why do all the champions win so many times in a row? Probably because the judges are just making shit up and basing it off of who has won before and who should win now. That is my guess. Kind of hard to ignore. No real way to do a blind taste test.

In general, the Mr. Olympia show looks like shit. Especially in 2012, when there is no suspense as to who will win. Why? Because they will call certain competitors back out to get second look, but only if they are the top overall people. If they suck, they don’t want to see you again. They just give extra time to the people who they like, so again, no real suspense, seems pointless to me. They should give everyone equal time, more fair.

But eh. It is an okay movie. I think it was too long, had some boring stretches, and I forgot the difference between a few people. Phil wins 2012, which is not a spoiler, because the 2013 competition has already happened when this came out in theaters. That is three in a row for Phil. They should really get this out quicker, its already old and awkward. Can’t be too hard to polish up a documentary.