Why? Why not, I guess. I mean, I liked the Fright Night remake. I also liked the original Fright Night. It is crazy how that can happen.

The original had a sequel to, called part 2. Did you know that? Of course not, I think no one knew that. I don’t think this is a remake of the sequel though, because the sequel at least had the same characters. This one is completely new out of left field. 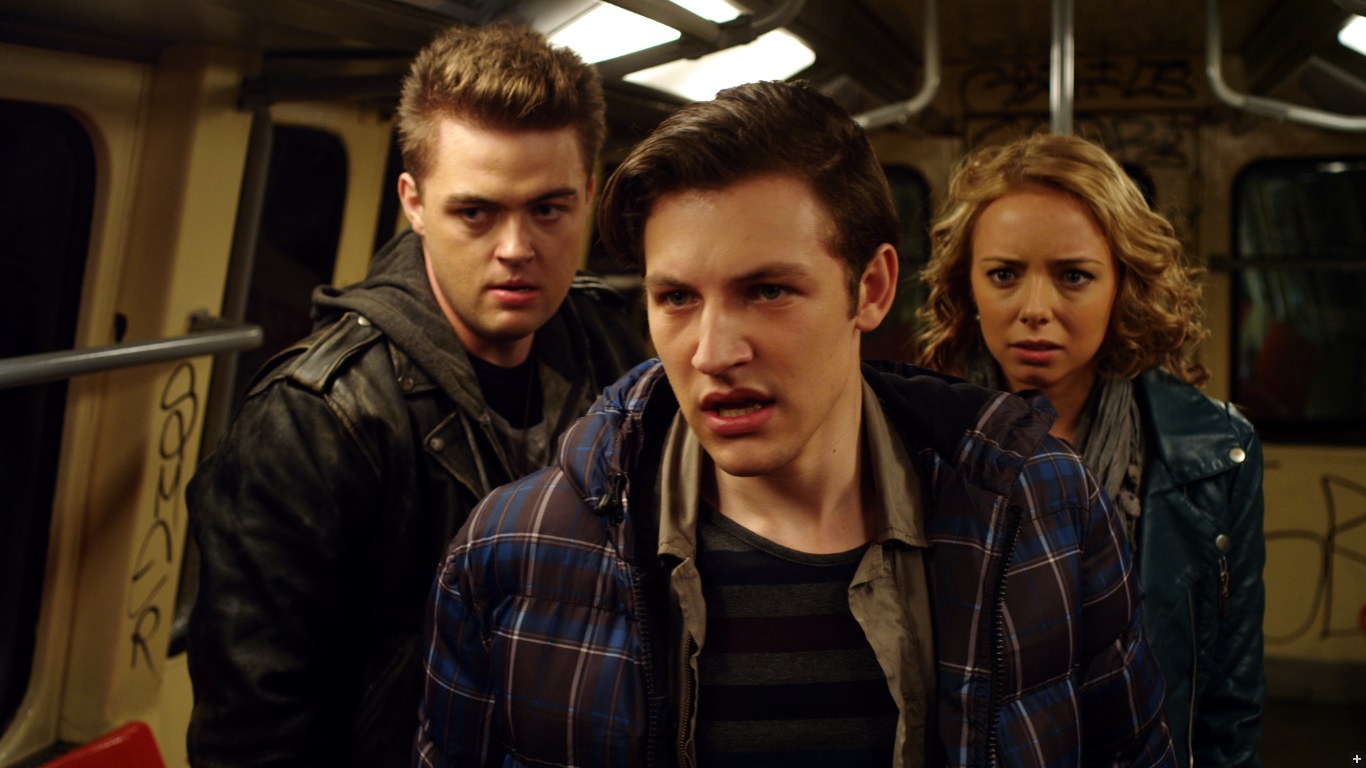 But a similar sized and shaped field overall. Just the left side of one.

Honestly, I might mess up some of this plot. Charley Brewster (Will Payne) and his best friend, ‘Evil’ Ed Bates (Chris Waller) are in some strange college program in not-America. They start with a night class, and oh snap, their history teacher is Hottie McHotterson, Gerri Dandridge (Jaime Murray). Charley claims he saw her doing some lesbian stuff across the street before class, but no one believes him.

Well, the pervert continues to look out of his window, and eventually he sees some weird shit, so he goes over to investigate. Oh no. She is a vampire and some fucked up ritual shit is happening.

Even his somewhat new girlfriend, Amy Peterson (Sacha Parkinson) doesn’t believe him. I mean, why would they?

It isn’t until he can finally convince Evil that they decide to get Peter Vincent (Sean Power), famed vampire and unusual being hunter to investigate the teacher. He hosts the show Fright Night, so maybe he can get to the bottom of this. Unless he is a fraud. And unless the teacher doesn’t kill them first. 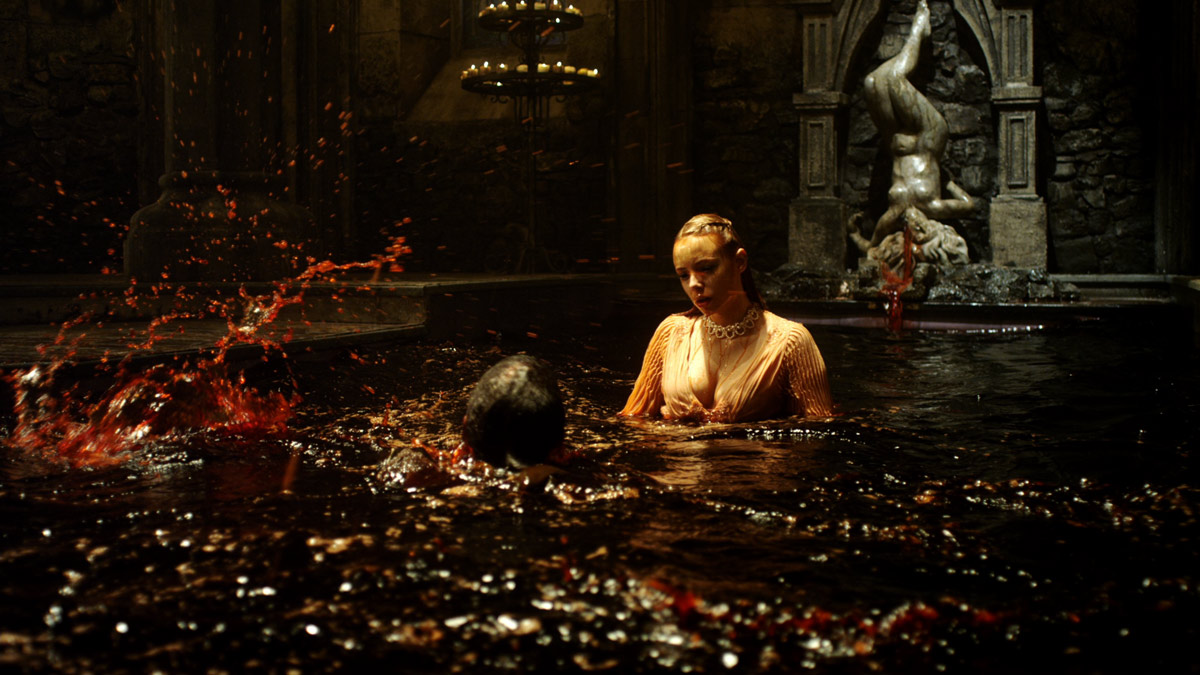 Please turn to page 7 for a detailed analysis of why this scene pissed me off.

I am having a hard time figuring out what is up with this movie. It has elements that are very similar to Fright Night, yet it is very different plot wise than fright night. Like the vampire is a chick, different. There is a famous vampire hunter guy who isn’t as cool as he seems, same. There is a best friend obsessed with the guy, who later becomes a vampire, same. But everything else is different. So I feel like it was supposed to be a reboot. But they labeled it as a sequel to a remake? My head hurts. Oh, let’s not forget that the main character, his friend, and the vampire hunter share the same name? What in the fuck is going on?

(The plot was worse than Fright Night and the movie was no way near as humerous or cheesy. Lame).

So basically, a generic vampire movie that is just cashing on the…okay success of the last movie.

But what really really bugged me maybe more than it should have was the long ending in a big fountain of blood. It was in a cathedral like area. Either way, cool big fountain of blood, that is feet deep that involves lots of fighting and thrashing about in it? The blood doesn’t look real, it looks like cranberry juice, or red colored water. The blood doesn’t stain any clothing or skin either. It just comes off in small red clear drops…like water. It took me out of the element completely, and I felt like there was nothing that could be done to make up for it. And honestly, I was right.

Just fuck it. Strangely enough, this is the second movie in a week I have reviewed that had nakedness in it, but not from the main female character. That isn’t the weird part. The main female character in both have been naked before in Dexter. THAT is the strange coincidence. The other one was Humans Versus Zombies. (Sorry for perving, it was just really weird).