I can really get into a good shoot ´em up film. Ones with some plot, no plot, or a lot of plot (rare), I can really get behind losing most of the cast in a 90-120 minute time frame. I am willing to suspend my belief enough about the events that led to a long gun battle, and hope that the ¨main characters¨ end up actually dying in surprising fashions to make sure the genre keeps its unpredictability.

And I feel like Free Fire is the type of film that will fire in all cylinders to the parts of the brain that get me all jolly.

The cast is a real big reason for my excitement. Let´s just say that a lot of these actors I have been enjoying in almost every single one of their roles, yes even that shitty one, and always get excited to see them in a movie, even if it ends with disappointment. 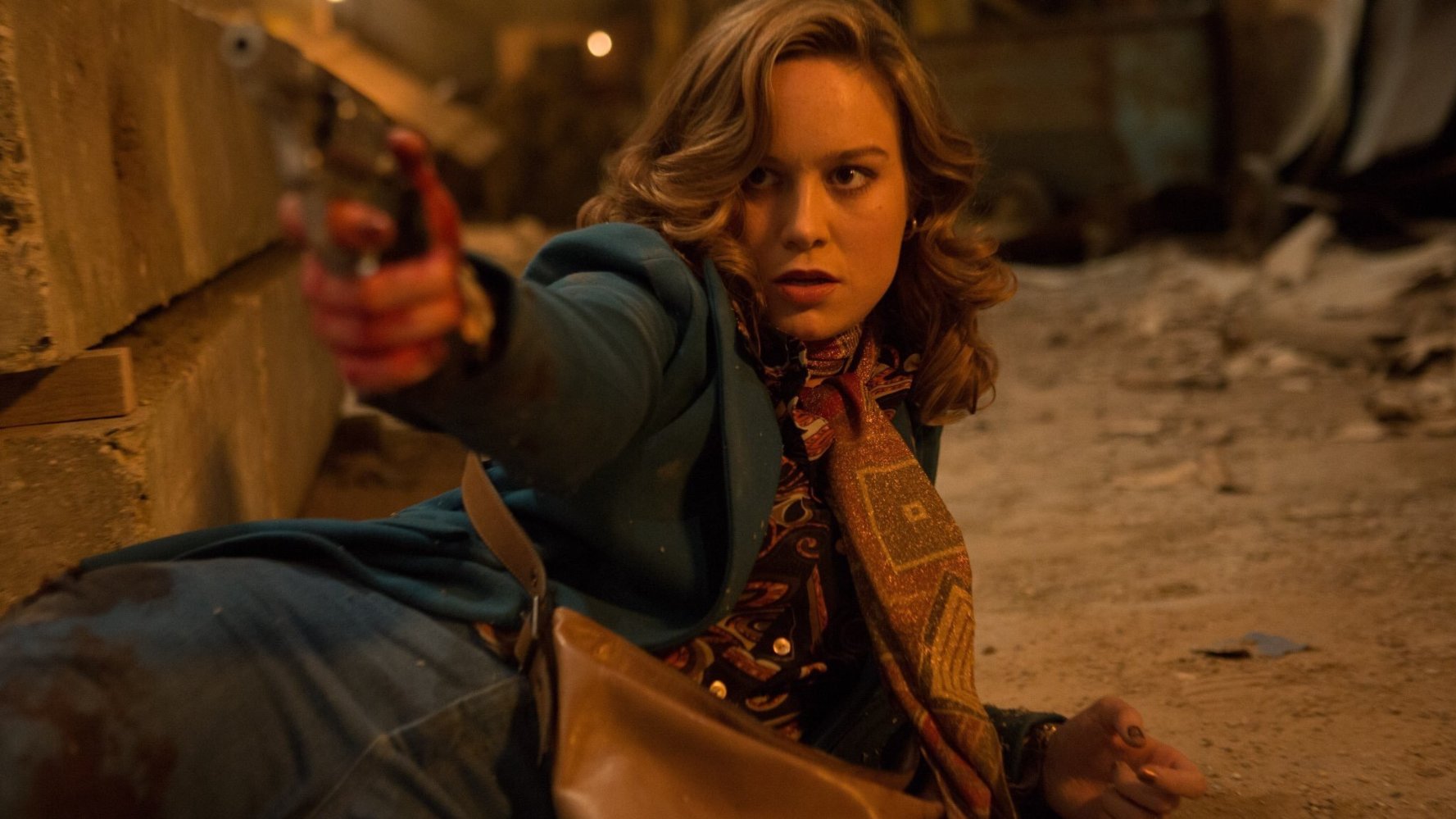 Only one woman in the entire movie? I wonder who will probably “win” the fight?!

Never take a rock to a gun fight, unless that rock is Dwayne Johnson. But he isn’t here, so instead we got a few junkies and some Europeans who want to buy and sell guns.

On one side, we have Chris (Cillian Murphy) who needs some weapons for Ireland. He brought along his main muscle, the aging Frank (Michael Smiley), someone who helped set up the deal in Justine (Brie Larson), and a couple of stupid young guys to help make their crew look bigger and carry the boxes (Enzo Cilenti, Sam Riley).

They meet Ord (Armie Hammer), who makes sure the deal is on the up and up, another middle man type person, but basically a mercenary hired by the other side.

The other side is led by Vernon (Sharlto Copley), a South African, and his associate Martin (Babou Ceesay). Their muscle include Harry (Jack Reynor) and Gordon (Noah Taylor). But they brought a different type of rifle than agreed upon, so arguments start getting made, people are getting antsy.

The real argument comes from two of the lackies, unrelated to the deal, but once shots start firing and both sides start taking hits, all bets are off. It gets worse when two sharpshooters arrive (Patrick Bergin, Mark Monero), meaning someone was already looking to double cross someone else for some money.

Generally, in the middle of gun fire, it is the best time to discuss pay raises.

I love Armie Hammer in everything. I am enjoying Jack Reynor’s up and coming career. I think Brie Larson is awesome. Sharlto Copley is the best part of a lot of bad movies, and the best part of some good movies.

But this film is another movie that I must have just overhyped in my brain. I knew that it was a short film, a one set location, and mostly about people shooting each other. There was the chance for a smart plot, but I didn’t expect one (and it obviously did not delivery one). But at the very least, I expected a lot of exciting deaths and amazing feats of showmanship.

Yet in the middle, it felt like it was dragging. They didn’t have a lot of people to start with, so the deaths had to be spread out and relatively slow. It just seems like every single one of them was a terrible shot. Most of them get injured relatively quickly, shots to the shoulder or leg, meaning everyone crawls for both cover and necessity. But it almost seemed bizarre just at how little people were actually shot versus the number of bullets used.

Maybe it was a realism thing, maybe it was because they didn’t know where to take it. But at least the movie is relatively funny. Hearing the quips in the background and the angst these people started to have with each other were pretty great. And now, whenever I hear Annie’s Song by John Denver, I will think of this movie fondly. Not as fondly as as I had hoped, but still a bit fondly.