I almost went to a screening of Focus. I swear. But then Fifty Shades of Grey got in the way, and the only other screening of Focus I could find was during a week I just didn’t want to go to anything. It happens.

And I will admit that I didn’t care about missing it either. I am still a white person, so I of course still really like Will Smith, but a lot of his movie choices recently have been quite disappointing. We all know about After Earth. He was in a small role in Winter’s Tale, which was a bad movie despite his relatively interesting role in it. He turned down Django Unchained. But hey, at least he is in Suicide Squad coming up? That is something unique and new for him.

I am probably still just a little bit bitter that he isn’t going to be doing Independence Day 2.

Or maybe, maybe what I miss the most is rapping Will Smith. If he would release a new single to go along with a movie, I would be sooooo happy. But for all I know, there is no secret Will Smith song in Focus. And thus, disappointment. 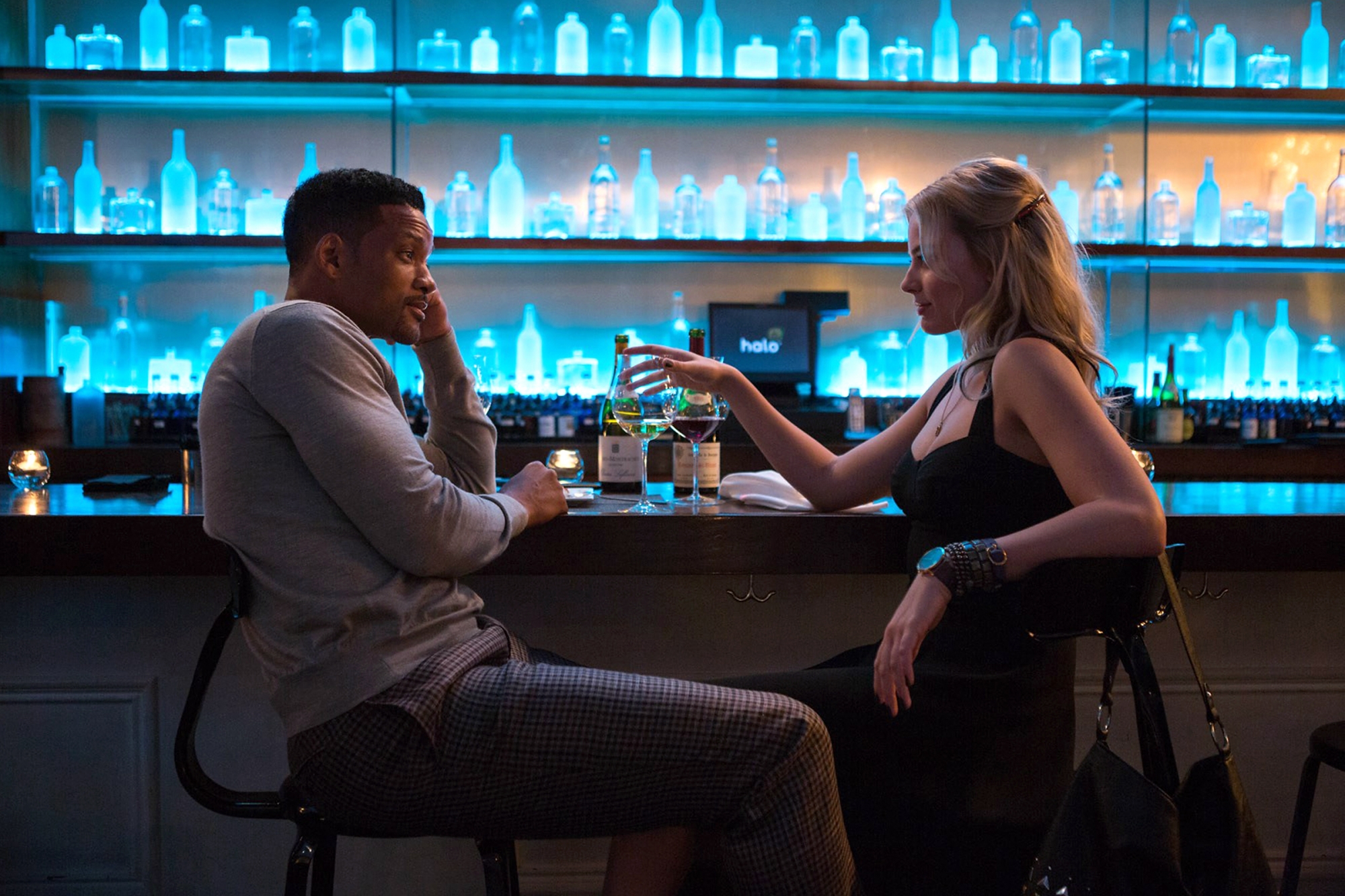 Not even Tar Heel themed drinks can make me forgive the lack of rap.

Con movie! That means stylish suits, stylish cars, big money, big boobs, and a lot on the line. It is like a gambling movie, but generally a lot more illegal.

Nicky (Will Smith), son of a famous con man, is a con man himself, because why not. This chick, Jess (Margot Robbie) hits him up at a bar and they go to do the nasty, when someone tries to rob them. Oh man, it is con. But you can’t con a con man they say in every movie where a con man gets conned.

Well, Jess likes Nicky more and wants in on his conning. So they give her a trial run and she helps out a lot of stealing of wallets and stuff. Not exciting. But their organization doesn’t work on he big con. It works on tiny things. It brings all the items and money, puts them through a third party, makes cash on the items, and of course divides it up among everybody. A nice secure organization.

And then you know, con plot line involving race car drivers (Rodrigo Santoro) their body guards (Gerald McRaney) and other big business men (BD Wong) eventually. It gets there, just wait for it. Also featuring Adrian Martinez as one of the con people. He is the one you want him to notice. 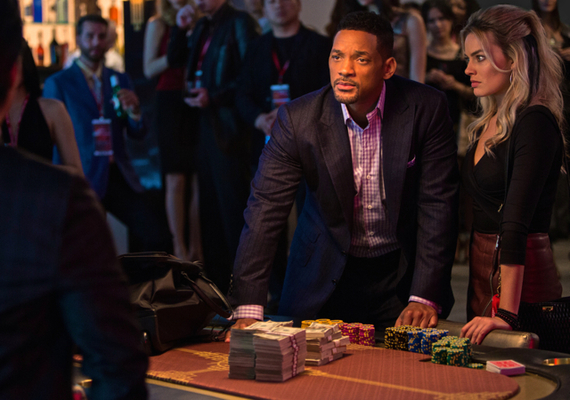 Although he becomes invisible next to a fat stack of cash. Can YOU see him?

After the fact, this movie feels incredibly disappointing. Not After Earth levels of disappointing. Just a regular amount. I don’t understand the love for Margot Robbie in things, because she is also in Suicide Squad with Will Smith. She was super naked and annoying in The Wolf OF Wall Street and I literally know no more of her roles. I could look them up, but that is besides the point.

This movie moved slow. A lot of fun cons didn’t happen. I’d say one middle one was fun, but that was it. One fun and interesting con.

Any twists and turns are either boring or super expected. That is a problem with con movies. You can’t expect anything anymore, so unless it is super creative, like an Ocean’s Eleven situation, it is basically easy to guess.

And a con movie is all about the surprise. The biggest surprise here is that it wasn’t straight to DVD.