A movie called Flatline can honestly only go a few different ways. One is a horror route, pretty obvious, some sort of deranged killer.

The only other way is some sort of medical drama. This goes the latter way, thankfully, because medical dramas can really have some powerful stories and usually a great crying scene or two. 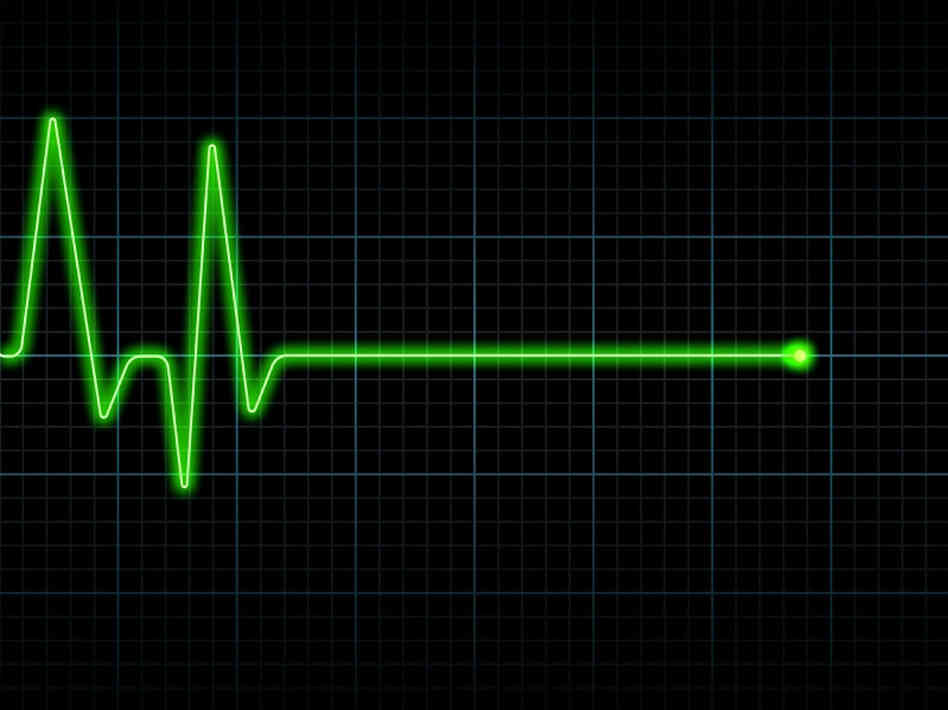 Marc (Drew Russell Robinson) really likes his dad, William (Mark Nutter). So after they leave dinner for the dad’s birthday, and they get into a car accident, Marc is very very upset.

So when they get to the hospital (finally) he really can’t believe that his dad has flatlined and died. He gets so upset, that he steals the security guard’s gun (Ryan Hayden) and threatens the doctors on duty (Howard Flaherty, Farah White) to save his dad or else. At first, the description seems like some sort of a reverse John Q, where the son is trying to save the father. But there is one big difference in there.

In John Q, the son is only dying. In Flatline, the dad is already dead.

Yeah, Marc gets really crazy, starts yelling a lot, and threatening to shoot people, and that is most of the movie. I can tell you for sure, the movie does not end in his favor.

But that is also because the end of the movie doesn’t really make much sense. Out of no where, it turns into this very messy and somewhat vague trick, about what was going on the entire time. I think I understood it, but I really really don’t accept it.

None of these names are really big in the acting field, and Drew Russell Robinson is a rookie at movies. He wasn’t terrible, to be fair. Just the overall movie was terrible. The twist, the plot, the flashbacks, and the point.

I derived no entertainment out of this at all. This movie came out in 2010, but it has one of the barest IMDB pages I have ever seen. I could only find one picture from the actual movie, but its quality was too shitty to actually use, so that is why I am stuck with just the heart monitor picture. I could have added another picture in here, to make the review look better, but in all honesty, the film didn’t even deserve that much.