For world building purposes in movies I generally like it if the characters have last names. Just makes it feel more “Real” to me, or at least gives the false impression that they spent some more time working on the plot.

But sometimes, movies can say fuck character names in general and go a more simpler route. For Faster, we get characters like Driver, Cop, and Killer! Yeah! Fuck names! 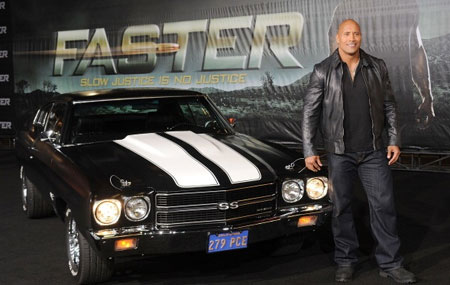 Guess which name he gets!

Dwayne Johnson is…the driver. Yes. Correct. He gets out of prison at the start of the movie, and he is mad. So mad that once he gets out of the gate (of course on an abandoned desert road?) he just starts running. He runs to a car, drives said car, and then kills a telemarketer. Damn.

Mike Epps plays the guy who got him the car, and with that car, a list of names of people who helped put him in jail. He was double crossed after a heist with his brother. They shot him in the head! But it ricocheted around his skull in one way, out the other, avoiding his brain, so somehow he survived.

At the same time, the cops Carla Gugino and Billy Bob Thornton (who is of course about to retire) are looking for him/trying to figure it out. Also also Oliver Jackson-Cohen plays the Killer, who is (re?)hired to kill the Driver, before he enacts revenge on all of the people who have mostly changed their lives around.

Like Adewale Akinnuoye-Agbaje, who is now a traveling Evangelist. And the last name on the list. But who actually shot him and failed at being an assassin? 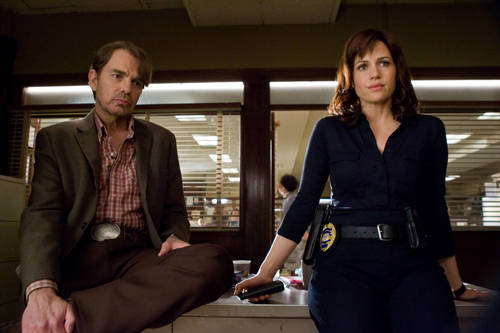 And why does BBT look so sad when he is about to retire?

The movie is a pretty simple plot, so it will have to rely on at least decent acting or surprises along the way to keep interest. It kind of delivers on small scales. I think I have heard of people surviving shots to the head the same way. Maybe I have heard of that just in movies though.

I think the ending was decent given the premises too, was acceptable. I also liked that they tried to give the other non-Rock characters some story lines too. I really didnt like BBT or the other cops involvement though. Felt like a weaker plot line of the movie.

But hey. The movie is called Faster. What can you expect. Its not like they are going to one up it with an unrelated movie called Fastest, right?