Fast Food Nation is a movie based on a book. Have I read the book? Of course not, reading is for squares.

But clearly with a title like that, it is a movie that you KNOW has a message. The book is just a simple book talking about why fast food is bad, and giving examples and facts. This is a fictionalized story telling tales of individuals involved in the industry, from lowly cashier, to vp, to illegal immigrant workers in the cow killing plants. 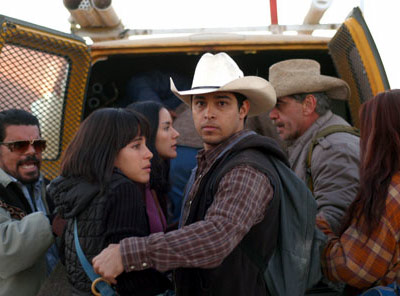 Easiest way to describe the movie is a quick sentence on all the plots I guess.

We have a story of illegal immigrants coming from Mexico (and elsewhere), featuring Wilmer Valderrama and Catalina Sandino Moreno as a married couple going up to Colorado. They both go to the meat factory, Wilmer cleaning up the stuff at night with pressure hoses, and Catalina cutting beef, but quickly switching to hotel work.

Greg Kinnear works for the head guys and introduced The Big One, a new item to the fictional food company. It is doing well, but for some reason, the meat has higher fecal counts than other meats in the fast food market, so he has to go to Colorado to find out why. He also deals with Bruce Willis, a high up guy who brought his company and the meat company together. Oh, and Kris Kristofferson as the owner of the cattle ranch where they get the cows, and knows the truth about the factory.

There is also Ashley Johnson, a cashier at the restaurant. She learns about doing something important with her life, from her uncle, and is also kind of smart. She wants to quit her job, thinking it is bad, and become an activist. And also, Avril Lavigne has a small role as hippy lover too! Whats up Avril!? 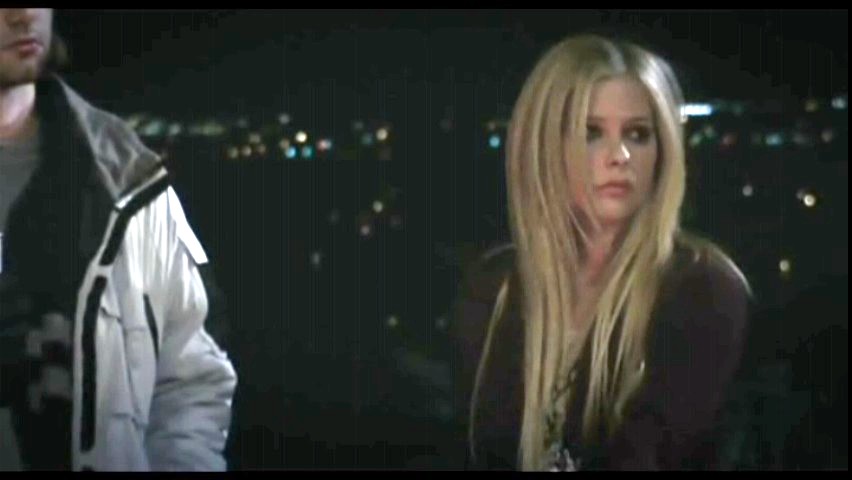 “Well right now I am miserable, because it is such a damn cold night.”

Sooo, parts of the movie were interesting, sure. The problem? The last half hour.

First off, Greg’s plot line ends with a good 35 minutes to go, but doesn’t really end. They stop showing what happens with him, and he doesn’t really make a decision with what he finds out. Which is annoying.

The eco-terrorism route fails as well, and ends pointlessly. What do they learn? That they probably can’t do jack shit to help cows out. I guess.

About Fes? They had the best story, I guess. I hated what happened, but it also felt like it just didn’t end. The girl does get a job on their kill zone, and they do that more just to show companies killing cows (head things) and slicing their necks post death, blood and guts falling out. I DON’T NEED TO SEE THAT SHIT.

It is gross. I can understand that an animal died (hopefully at least) to enjoy my burger/steak, but I don’t have to watch the butcher work. We are civilized now. I don’t have to hunt myself. They aren’t even implying the cows live in bad conditions necessarily, just seems like the plants for the processing are lame overall.

So it was a movie with a message, and it failed horribly in my mind. Plots that started and went no where (talk about robbing the store? Where’d that go?), and then just a mess at the end. But hey, if there is graphic scenes it will work right?