[Editor’s Note: Apparently I watched a German version of the movie, and the movie is actually French. Whoops. Oh well, not changing all of my language specific references. Actually French!]

So, I had no idea that they were dubbing Ernest & Celestine, or else I might have waited a few weeks. But sure enough, end of February, there will be a dubbed version with a lot of big names playing key parts. Forest Whitaker, Paul Giamatti, William H. Macy, and Nick Offerman to name a few. I know those men!

Not personally, but I have heard of them. But I am left with a bunch of German speaking people. Mannn.

Oh well, the reason of course I am even watching this random animated movie, is that it happened to be nominated for Best Animated Film in the Oscars. To me, this was the one real shocker, because I had never heard of it before. But hey, why not give it a shot, it could be surprisingly awesome. 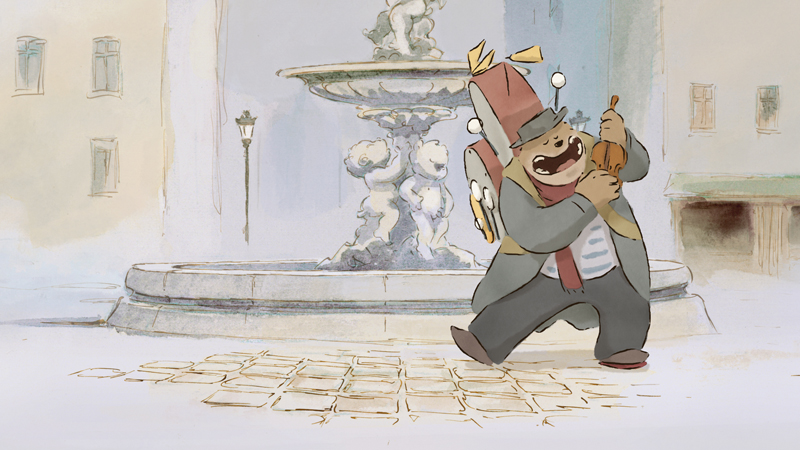 Shit, it has a bear that can play several instruments at once? Sign me up!

The cool thing about the German language, is at least 20% of it makes a little bit sense when hearing it, if you know English. A lot of cross over words, yo.

This story is about Eine kleine Maus, Celestine, und der grosse Bear, Ernest. I guess the only one you might not know there is grosse, which is big/large.

Celestine was an orphan Mouse, who wanted to draw and be an artist. They were told stories of the big scary bears, but she didn’t believe in them. Ernest is poor, and broke, living on the streets, barely enough food to survive.

Eventually, Celestine leaves her home, and gets a job in the bear city as a dentist intern. When a mouse loses one of their two main teeth, it will mean certain death, and they have started to steal teeth from bear cubs when they put them under their pillows, to help replace them.

Well, she gets punished for not getting a lot of teeth, and now she can’t return until she gets at least fifty teeth! She runs into Ernest, who of course, tries to eat her, but she is able to help him break into a candy shop in order to eat til he is full. They continue to run into each other, helping each other out with favors, until both of their respective communities see their cooperation and are disgusted.

HOW CAN A MOUSE AND A BEAR BE FRIENDS? HOW CAN THEY INTERACT? IT IS DANGEROUS, IT IS WRONG!

But clearly their friendship is a beautiful thing that should be celebrated! Oh, poor Celestine and Ernest, whatever will you do, with the cops coming after you, and a bunch of assholes trying to persecute you for doing no wrong? 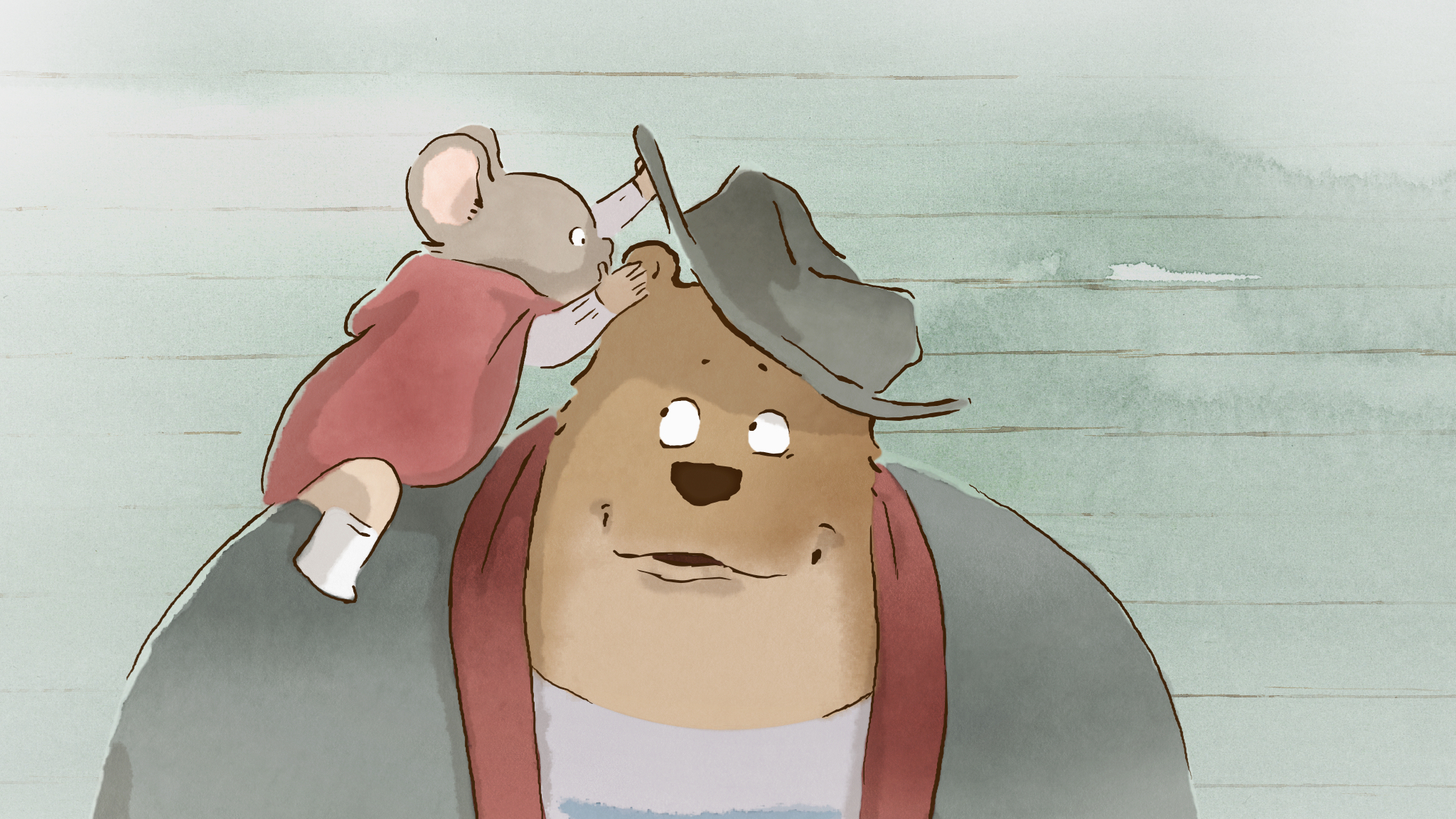 Of course he will listen to her, if she sweet talks candy in his ear like that.

I ended up really liking the animation style here. Sure, it looks like a glorified Charmin commercial, and having bears doesn’t help that fact, but it was still very unique and interesting to watch.

The story itself was cute, but also really really straight forward. It had amusing moments, and a couple tense ones, but it is a simple story for kids.

You aren’t going to get Wall-E level storylines here. It is a nice story, a good story, and well done. It just doesn’t take any risks.

Ernest & Celstine is a story that will keep the family entertained for sure, just one that isn’t Best Animated Film of the year material.