Hey look, a movie based on a book! You know. Like most movies.

But this isn’t any book. This is Ender’s Game. A very famous sci-fi novel from the 1980s, that is required reading in some/many schools now! So, that can mean a few things. It can mean angry mobs of book fans when the movie of Ender’s Game turns out unfaithful, or it can just mean a buttload of money.

That’s right. Buttload. Not even getting into the personal thoughts and opinions of the author, Orson Scott Card, but there are 20 separate books/collections/short stories that he has published in this story. Ender’s Game was the first one to get published, but it is now like, the middle book. Jeez. 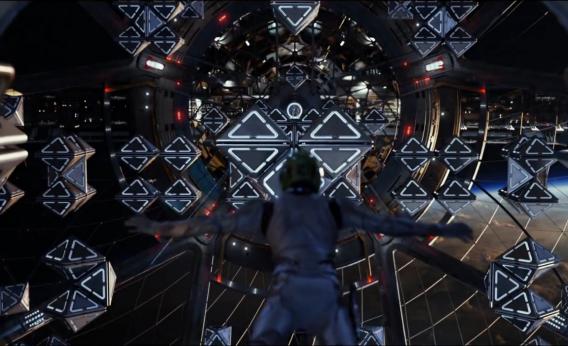 In the future, shit is all bad. Big alien force came and killed a lot of people, but a hero was able to think on the fly and saved the day for everyone. Hooray!

Well now, almost fifty years later, the alien forces are building again and the threat of a new attack is high. They have begun to train children to become their new generals and commanders. Due to growing up with realistic war video games, they are not as afflicted by things like morals or death or killing. Heck yeah!

Our hero is Ender Wiggan (Asa Butterfield), third born from his family, and taking a stab at joining the academy. Well, he is good. He just has to march through rank after rank, school after school, to be deemed good enough to eventually, finally, maybe, go against an actual alien fleet. But until then, it is really just a series of…games.

Harrison Ford is a commander, Viola Davis some sort of…officer. Abigail Breslin is Ender’s sister, Nonso Anozie a sergeant, and a bunch of other kids are played by Aramis Knight, Suraj Partha, Moises Arias, and Hailee Steinfeld. Hailee, who of course starred in True Grit and was called a supporting actress back then! Whoa. 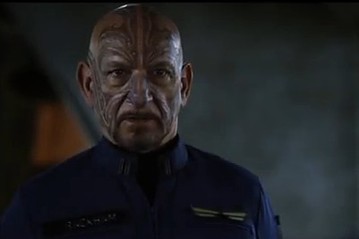 Yes of course Ben Kingsley is in this movie. Just in the last third.

I decided to sleep on the analysis part of the review, and not write it all in one sitting like usual. After watching the movie, I still had so many questions. Ones I would bring up here, but I can’t spoil them because I am not a dickface.

Just. So many god damn tiers. It felt long because I knew that even though the beginning felt super rushed, the ending confrontation with the evil bug aliens would also have to be potentially rushed. So it felt like a lot of waiting to me.

Outside of that annoyance, and certain inconsistencies near the end that really had me confused, I did enjoy many parts of this movie. It dealt with emotions and morals that are very important and need to be discussed, but it didn’t delve on them as much as I would have liked. Aka, it was just quick, like a lot of the movie. Nothing really felt dealt with, and I don’t want to wait for another movie for things to be dealt with. Probably won’t happen. It didn’t make a ton of money, and Thor 2 is next week. Sooo, yeah. Probably going to be considered a flop, unfortunately, because acting was good.

I am sure that if I read the book a lot more would make sense. Presumably a lot was left out, and I hate it if I have to read a book to fully understand what a movie is trying to convey.