Empire State‘s cover looks like your generic action movie with no substance. Maybe that is why it went straight to DVD?

That’s not nice. I know plenty of straight to DVD movies I have enjoyed watching. I have nothing else exciting to say before the plot outline. 🙁 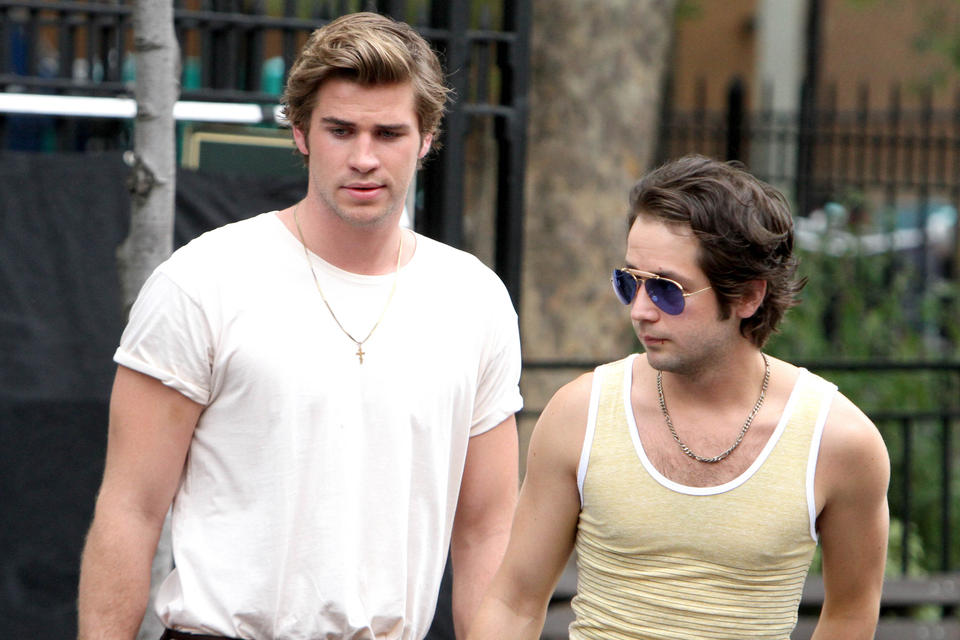 I will note that only one of these two gents made it to the DVD cover. Behold, the two main stars.

Chris Potamitis (Liam Hemsworth) wants to do good in his life. He really does. But life just keeps screwing him over. His dad gets canned after a long career, and the bills are piling up. He wants to be a cop, but he fails that test because he was arrested a few years ago for pot at a concert with his friend, Eddie (Michael Angarano). Shit. A one time mistake, and it has cost him.

So instead he is able to get a job at the Empire State Armored Truck Company. Kind of like being a cop. He gets a gun and a uniform at least. He just drives around collecting and storing money. Turns out, this company is chill as shit. No one cares, it is very slack. They don’t even count the money at the end of the day, they just stack them on crates between transfers. He is pretty sure people are skimming money off the top. The security cameras don’t even face the money!

Maybe he should take some money. The company itself is pretty scummy as well…

Dwayne Johnson plays a cop who is sent as the lead investigator for the post robbery. Emma Roberts isn’t really in this movie at all. She is like, a sister, or something, and in two small scenes maybe. Yet full cover treatment. Gotta love that stuff.

No. Fuck that. That is stupid. The cover shows Hemsworth, The Rock, and Roberts on the cover. They don’t show Angarano, the other male lead. They show Emma Roberts and she isn’t really in the movie. She has top billing on IMDB, and Michael Angarano has sixth. They put two other random people over him too. What the fucking fuck? 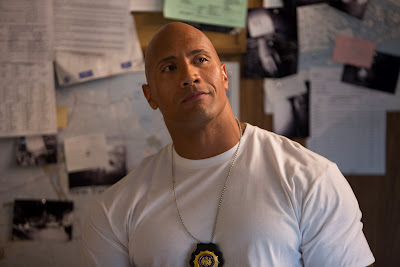 Shit, even the Rock barely looks like himself in this movie. Hiding in plain sight?

This sack of shit is based on a true story. Biggest cash heist in American history or something. Wasn’t really successful, because obviously they eventually got caught.

Somehow, they were able to take this story and give us one of the most boring action movies I have seen in recent memory. I know, I say action movies are boring a lot. But this one barely had any action in it at all. Everything after they took the money just had me falling asleep. Oh no, cops and mob people are mad at them. Oh well.

Watching Liam Hemsworth get beat up a lot I guess sort of redeemed it. A little bit.

But this film had scummy advertising, bad plot and action, and just overall felt very insulting to call it a movie. Sure, it was a movie. But barely.