Oh hey, a documentary. One about food, those aren’t common at all.

This one doesn’t even try to hide under a clever punny title about the issues. Eating Animals is straight to the point. It is most likely also going to be anti eating animals. I can’t imagine a documentary that is going to talk about the pros of carnivorism with a title like this.

Oh and it is narrated by Natalie Portman. That helps solidify the point as well.

I wonder at this point how much new information a documentary can have over a topic that has been so beaten to death at this point. But hey maybe. 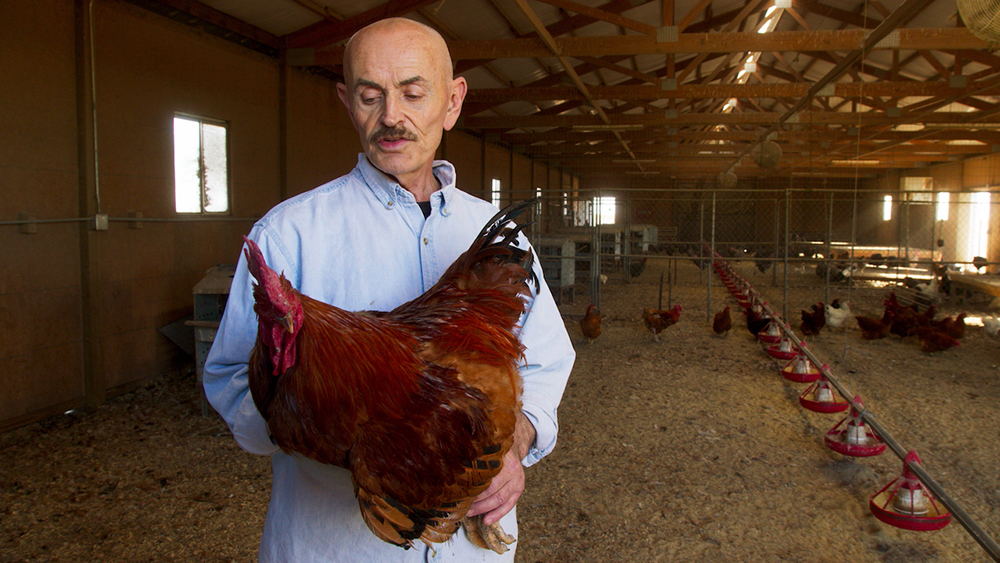 I didn’t expect the documentary to get so graphic and watch this man eat this chicken without cutting away for 35 minutes straight.

Needless to say I don’t have a lot to say about this documentary. It doesn’t go out and say animals are unhealthy for human consumption. Instead it is on the impacts on the environment and on the small farmer. It goes after corporations and sure, some animal rights is fair. Really what it wants to say is that if you are going to eat meat to think about where your food comes from. Support more local small time farmers and ones that treat their animals nicely.

I can respect that.

The documentary itself is deeply boring however. It has no pizazz. We have a true story of people getting punished and hurt from their better raising methods. That sucks. It is still boring.

Basically this is a documentary that will change nothing. People who like meat won’t go watching it. People who don’t might watch it and will probably still not eat meat.

Just give me something new in a documentary before making it, okay?