Speaking of movies based on comics…

Something I have never heard of before this movie. So must be a lower title, maybe an indie thing. Eh. 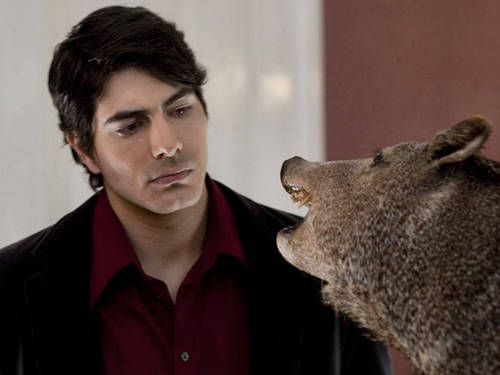 The scene after this was pretty hot.

Dylan Dog (Brandon Routh, or that guy who helped ruin the Superman franchise (Go Marvel!)) is a detective who helps work with the supernatural creatures. Werewolves, vampires, ghosts, zombies, whatever. Or at least he used to be.

Now with his assistant Marcus (Sam Huntington), he is a normal detective. That is until a girl (Anita Briem) brings him a case pulling him back in. He stopped doing it because vampires were mad, he killed a bunch of elders (accidentally?). This leads him to werewolves, vampires, ghosts, zombies. Kind of everything I mentioned earlier I guess.

Also, early on his partner dies, and becomes a zombie. Yay zombie! One of the main vampires (and thus bad people) is played by Taye Diggs. Eventually Dylan Dog will figure it all out, and save the day. Also, his partner is a zombie. 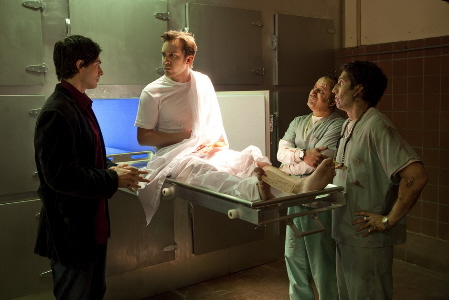 Zombies can come out of morgues all like, “What? What happened? I’m not dead, asshole.”

So uhh, as a comedy horror action thing, I found it to be lacking hard in at least two of the categories. Apparently these comics are big in Italy, and pretty much everyone has read at least one. I heard they also hate this movie, because it is nothing like the comic which also serves as a form of social commentary. That sounds pretty cool actually, because I didn’t see any social comentary in this movie.

I only found the friends realization that he is a Zombie funny, and coming to terms with that. Nothing was really scary. So mostly it was an action / detective field, where even the main character wasn’t the real hero by the end. Let all the other people do the “morally questionable” parts, and leave himself free of morals. How boring.

So yeah, what a yawner.