“Uh oh, it is a John Malkovich movie. Better not try to multi-task this movie.”

That is an exact quote from me before watching Disgrace. Disgrace being a novel about post-Apartheid South Africa (or the Best South Africa in my book!). I mean, the author actually received a Nobel Prize in Literature a few years after writing this. I didn’t even know they had one of those, because hey, I barely know what books are.

Who would have thought so much love would be given to a professor who had a relationship with one of his students?

This is the walk of a man who is giving zero fucks about his situation.

Shit, I might have given away most of the plot I can tell already.

Professor David Lurie (Malkovich) is a Professor (shut up) in South Africa (said that already). But what you didn’t know is that he teaches English! Romantic poems and stuff. Through flirtatious glances and the such, he develops a relationship with Soraya (Natalie Becker) even though she has a boyfriend and is in his class. Oh well, she’s hot, sex hooray! No way he could be taking advantage of her in this situation, right?

Well, word gets out and the university doesn’t like it. He is brought before a board, admits to everything, and is promptly dismissed. He doesn’t care though. He just wants to live his life, now that he is in his 50s and divorced and miserable. So he leaves his South African city and goes to a different South African place, to live with his daughter Lucy (Jessica Haines) who is a simple farmer, living in a small community, and a lesbian.

David volunteers at a local pet clinic, but the job is a pretty sad one. Mostly getting rid of unwanted dogs. He starts a relationship with the clinic owner. Lucy is in a business relationship with Petrus (Eriq Ebouaney), a black farmer who shares the land. But while he goes away on a business trip, a horrible event happens. Three younger gentlemen go to their farm, rob them, assault them, and Lucy is raped.

Not the most ideal situation, but David is even more shocked when Lucy refuses to persecute the criminals (post-Apartheid is a weird time in South Africa. Race relations unstable) and not be a bother to the community. She also becomes pregnant.

Will David realize the power others can actually hold over others based on their position? Will he change at all? What the hell South Africa? 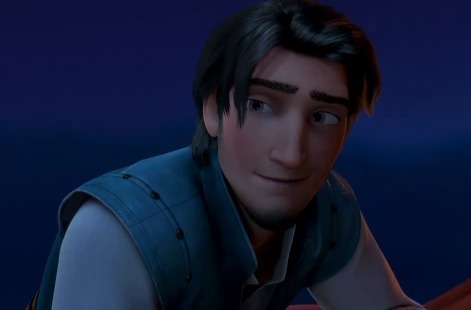 I know, I know this is going to sound weird. But this plot didn’t interest me at all. It had lots of things a good drama needed, but I never could get attached to the main characters and it all bounced right off of me. The rubber effect. Too bad I couldn’t have been an emotional glue.

This is an example of a film where I could recognize the good acting and work to make the film, but still not give a damn either way. The worst reviews for me to write, because I can never really give a good reasoning behind it. I mean, maybe it was just too slow? I don’t know. But some how a wall was put up, and I guess I won’t watch it again.