Stop the presses! This is a found footage horror movie. By that I mean one where all of the footage is created by various characters in the movie, not like, lost and found later. Unfortunately found footage just means hand held cam now. This is all besides the point.

This “found footage” movie, Devil’s Due, doesn’t pretend to be real. It is set in the real world like all movies, but they don’t give us some bullshit premise like based on actual events or using completely unknown actors. But I know the main three actors from this movie! Two of them from really successful TV shows, and the third from a not so successful TV show.

That also means this one might have some sort of acting talent in it, but I am not willing to assume that yet. 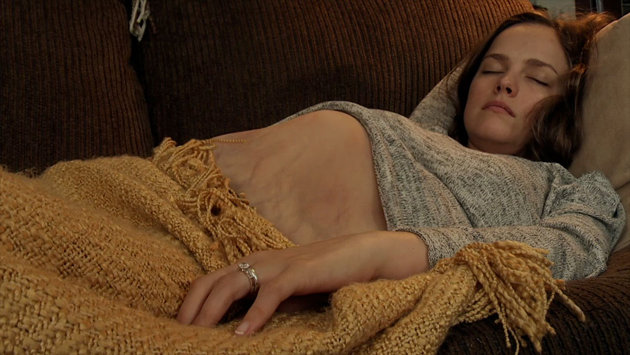 Yay! Zach’s dad used to video tape everything growing up, recording all of his families vacations and favorite moments so that they would always have it on record. Samantha, on the other hand, doesn’t remember a lot about her past. Her parents died in a car accident when she was still in the womb, so she has been a foster kid all her life. But that doesn’t matter, because she has a family now.

Zach wants to make sure she has memories from here on now, so he decides to do that video taping thing. During the honeymoon, after a late night of being lost in Dominican Republic (because clearly the best place for a Honeymoon), they are taken to a strange underground club, drugged, and impregnated with the spawn of Satan. Yayyyy Satan!

Either way, somehow she is now pregnant despite never missing a birth control ill. Powerful sperm, right Zach? Then begin 9 months of torture, weird behavior, and people dying. Which basically seems like a normal pregnancy. Sam Anderson, from Lost, plays their main priest. 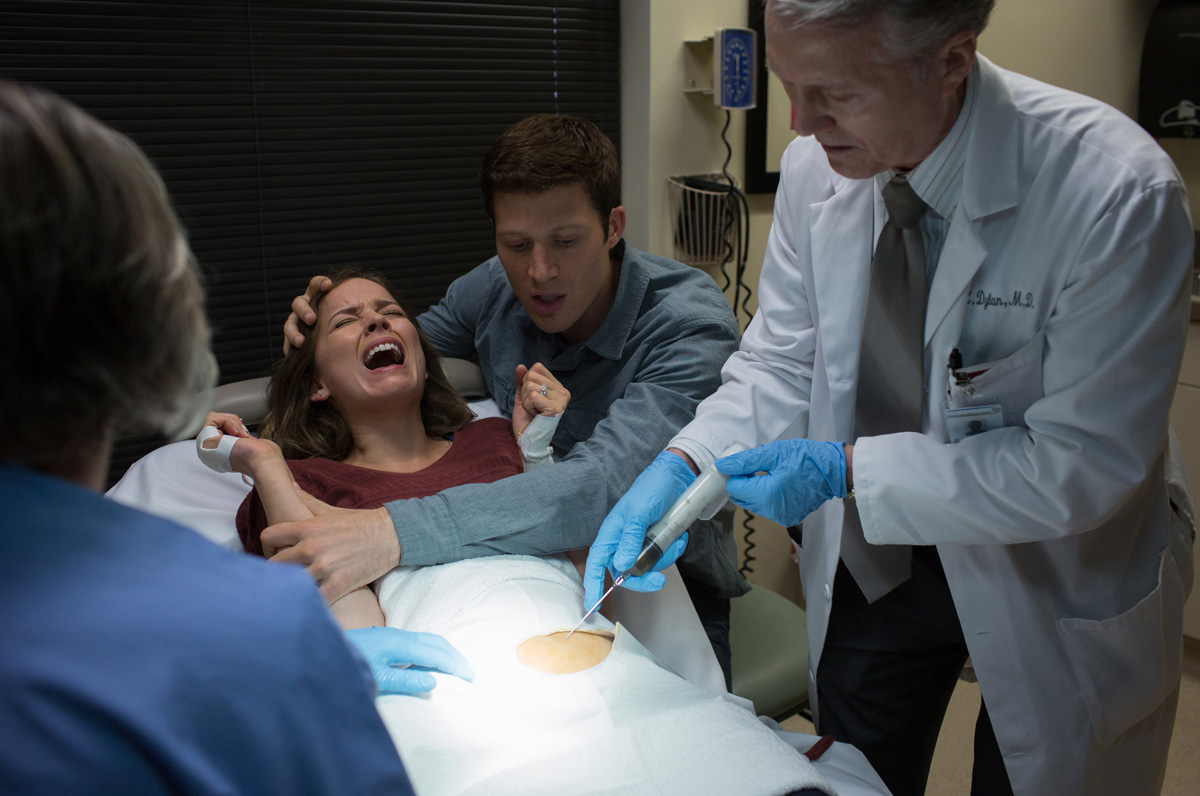 I guess I already alluded to this joke, but really, this whole movie could just be considered a metaphor for an actual pregnancy. Everything just playing in the husbands eyes all weird/wrong because he is actually crazy. That isn’t what they were going for, but it still could work.

As what is typical in a film like this, the horror doesn’t appear early, it takes awhile to show up, and then builds. So they fill the first half with cheap scares and other bullshit. The number of times the dog barks suddenly in a tense moment (once when the camera just switches to a later moment out of no where) is ridiculous. The fact that there are so many cameras eventually also proves troublesome, only in that some cool scary shit starts to happen, but they still don’t show us the viewers despite the cameras. That is just mean / dumb / lazy. Not sure. Show that woman getting fucked up, damn it.

I’m done talking about the movie. It is however set in North Carolina, just not filmed there. I first thought I saw the name of a newspaper with Raleigh in the title, but it wasn’t the actual name of Raleigh’s newspaper. Then I saw an OBX magnet on their fridge, and NC license plates everywhere. So that is kind of cool. Even if they actually filmed it in Louisiana. Woo, NC horror movies?