I didn’t want to watch Detropia. I wanted to watch a different documentary that sounded depressing and sad and anger inducing, but it wasn’t available. So Detropia was my number two documentary choice, because based on the subject, sure, it is a bit depressing. Fingers crossed I get the other documentary by the end of this year.

Detropia is a Detroit + Dystopia (or Utopia, both work, but let’s go with the D theme). That is because Detroit got royally fucked. With the economic crash (which you can learn a lot more with the movie The Big Short), in 2007 and 2008, a lot of shit started to hit the fan. One of those fan hits came from the auto industry which was a big part of the Detroit economy. But don’t worry! Much like the bank industries, a bailout was received from the company to save the auto industry and the economy.

Except there was a few stipulations. Like, changing the minimum wage for upcoming hires despite the union and laying off a lot of workers. And when a lot of people become unemployed, a lot of bills go unpaid. When a lot of mortgages go unpaid (also part of this crisis), people move and leave areas. Detroit lost a lot of people, off the top of my head, maybe half of their populations.

Buildings were abandoned and the city became bankrupt. And shit, things just got worse. 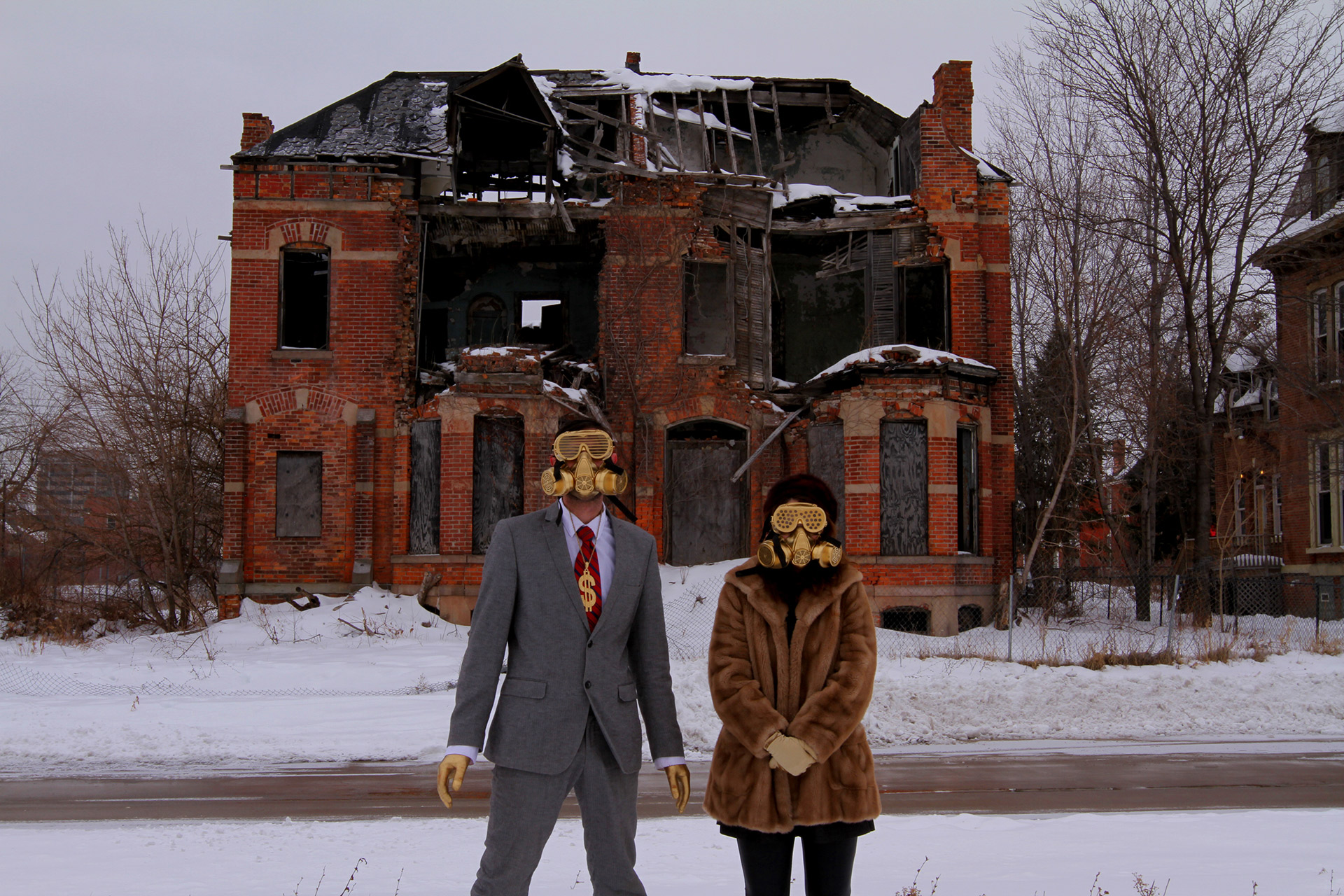 Apparently these asshats from The Purge movies showed up.

The documentary ends up examining just a few different lives. A guy who owns a struggling night club hang out spot, just down the road from an auto plant. A guy who is the local president of the auto workers union. And a girl who is a video blogger or something. We also get highlights of a few performance artists, and people who moved to the city just to do bigger art projects. There are also some town hall meetings and discussion about what to do about the failing city, struggling neighborhoods and lack of funds.

And you know what else? There is no narrator. There are no flashes to experts to explain details. There is the occasional text on the screen, but other than that, the story of Detropia is just about people. People telling their real stories and showing their real struggles.

It is definitely a fascinating and current subject to highlight, but at the same time, I wanted more. I want to know a lot more people affected, those people struggling to survive, those who had to leave, those in the government, who knows.

The documentary highlights a shitty thing happening, but it doesn’t try to provide answers, predict the future or anything. It just seems like an incomplete film. (Yes, Detroit is still in shambles so that part isn’t conclusive. And no, documentaries do not have to fix their issues). It just seemed like a strange ending and didn’t leave me with a lot to take from it.

At most, this could serve as a stepping off point for those who literally know nothing about Detroit’s current struggles. But it doesn’t go over all of the cities struggles. For instance, the Detroit Red Wings were unable to sign Stamkos, will they ever get an elite goal scorer ever again?