There is a good chance I would never have heard about the film Detachment, unless it wasn’t suggested to me by a reader. Well, I might have seen it on my own if I was stalking Christina Hendrick‘s imdb page and watching whatever she was in. But I doubt that would have happened either.

So hooray for people telling me about movies. You know, unless they suck. And all I was told about this movie was that it was a bit “sad”. Alright, I can handle sadness. 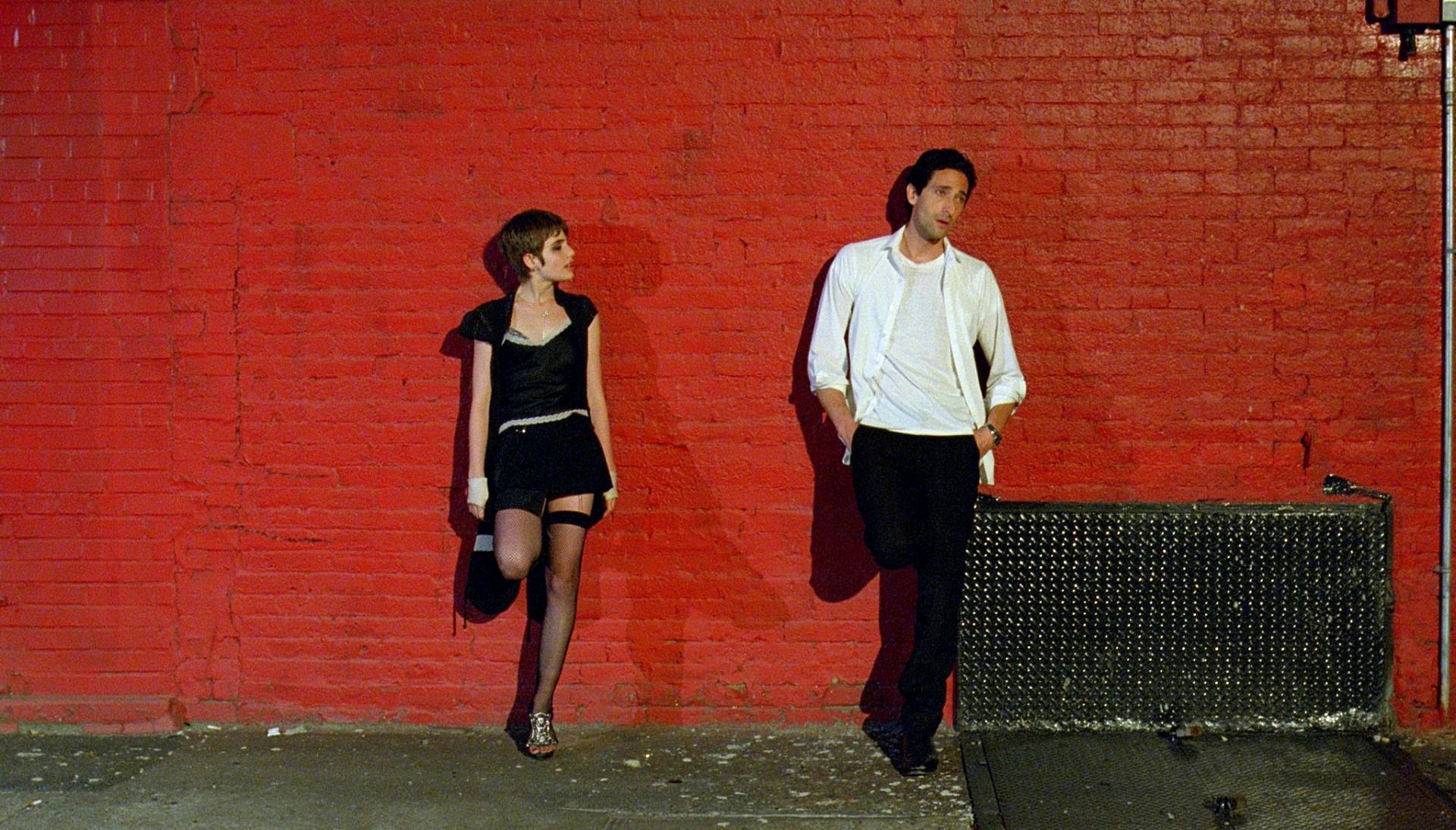 Substitute teaching. For people not good enough to be teachers? Or is it for people who are afraid of getting close to others, and want to move around a lot. Based on the title, you can probably guess about Henry Barthes (Adrien Brody). He is put into a shitty school in NYC that is losing money for bad test grades every year, and teachers who have stopped caring. One teacher goes on and quits, so Henry is brought in to sub the English class for a month before a permanent teacher is found.

Lots of teachers here with their own problems. The Principal (Marcia Gay Harden) pretty much knows she is done at the end of the year, the guidance counselor (Lucy Liu) is tired of kids not caring about their futures and throwing their lives away, one teacher has given up and feels invisible (Tim Blake Nelson). But there are some teachers that still manage to carry on, such as Mr. Seaboldt (James Caan) who uses his own form of comedy to get through and enjoy the day. Ms. Madison (Hendricks) seems like a competent teacher who believes, but might be a bit too rule nit picky.

Sorry for that awkward paragraph explaining most of the minor characters. Had to fit them in!

But also because I don’t want to give too much away. Over the three weeks, he changes the lives of a few students, including Meredith (Betty Kaye) who gets picked on for weight and from a rough home. He also befriends Erika (Sami Gayle), who isn’t a student, but a very young prostitute living on the street, who he lets into his home to help get her back on her feet. Definitely not sketch.

But that is all you get, damn it!

I was also told she was a twat in this movie.

So is this movie sad? No. It’s fucking depressing. I was shocked at how early on I was captivated by the film, wondering where it was going and what would happen to all the characters. About a half hour into it, I accidentally saw how much time was passed and assumed I had been watching the movie for at least an hour. I mean that in the best way since it could be taken bad.

Although I kind of saw what was going to happen with the ending before it did, it still left me with questions about the future of some members. I guess it ended on a little bit of a good note, but barely given the inevitableness of the plot.

This movie made it hard for me to look away and affected my emotions so well, it is either the result of great acting / directing, or just manipulative music. I am willing to bet the former. Definitely a great addition to a drama collection.