Skip to content
HomeUncategorizedDawn Of The Planet Of The Apes

Rise of the Planet of the Apes did something miraculously a few years ago. It was able to bring back a cherished series, put its own stamp on it, and not suck completely.

You know, like what Planet of the Apes couldn’t do a decade and a half ago.

But still! Well done Rise. It relaunched a series and gave us a good story. Outside of a really terrible forced romance, it was an exciting movie that I have watched many times.

So, no pressure Dawn of the Planet Of The Apes. 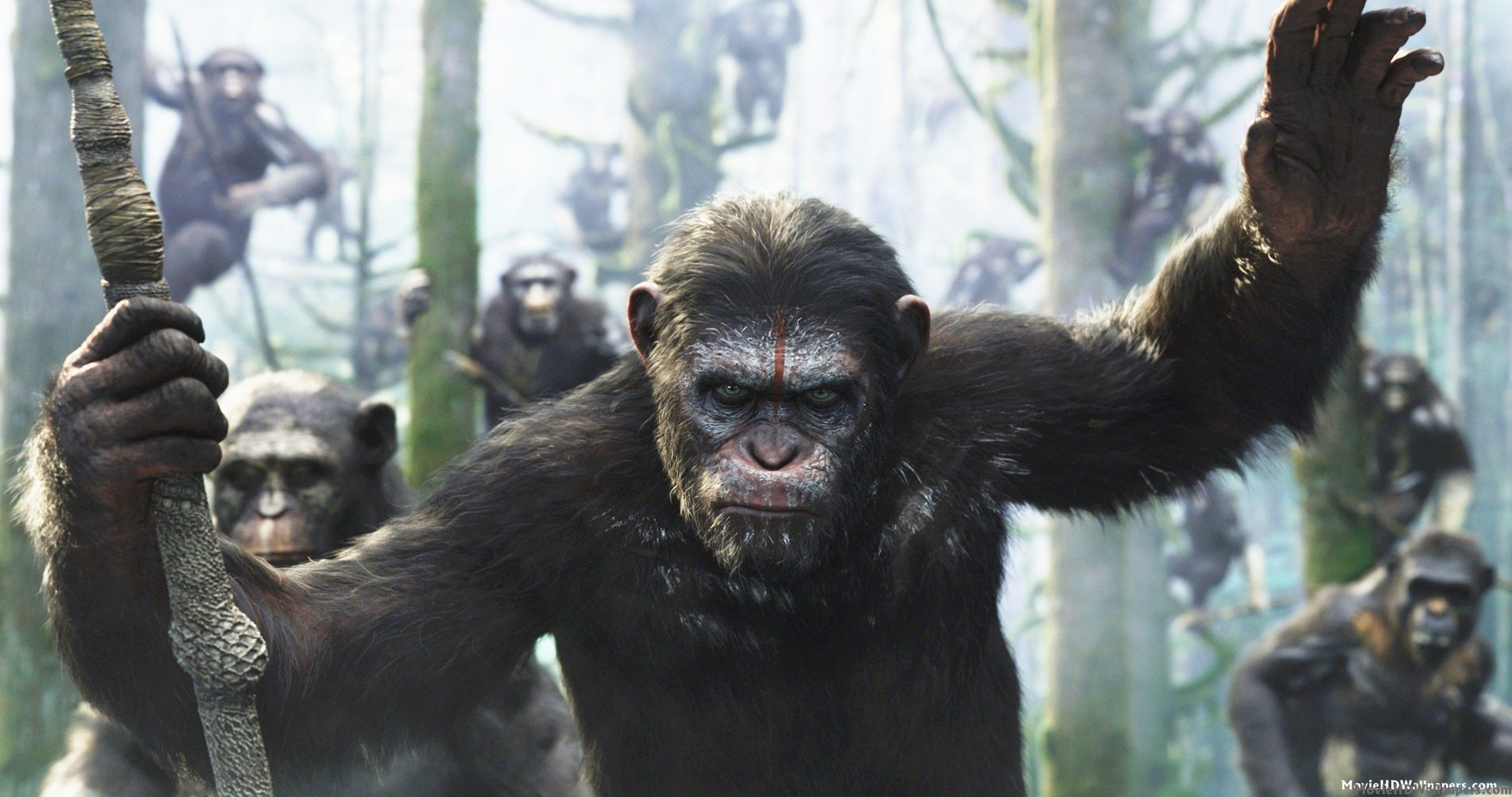 Pressure is Caesar’s middle name. Wait. No. That was Julius.

Dawn is set ten years after the events of the first film. The virus spread throughout the human race, killing most of them. Sure, there were people immune to the virus who are now survivors. But their numbers are few in small cities across the globe, running low on resources and technologies that once were plentiful.

Caesar (Andy Serkis) and his band of merryapes are living peacefully in the red wood forests outside of San Francisco. They haven’t seen humans in years. They hunt deer, protect their own, have rules, are teaching the youth. But then? Humans.

A group of them, including Malcolm (Jason Clarke), Ellie (Keri Russell), Alexander (Kodi Sit-McPhee), and Carver (Kirk Acevedo). They are to go to the nearby dam to try and turn it on. Supplies are low.

However Ape/Human relationships are quite tense. Caesar is willing to trust them and forgive, but other apes in the vicinity, like his general Kobo (Toby Kebbell) might not be as trusting. Add that with the human fear of the apes, lead by the San Fransisco ex-military leader Dreyfus (Gary Oldman) and you got the potential for quite a boondoggle.

Also, Nick Thurston plays Blue Eyes, the son of Caesar (because Augustus would be silly). 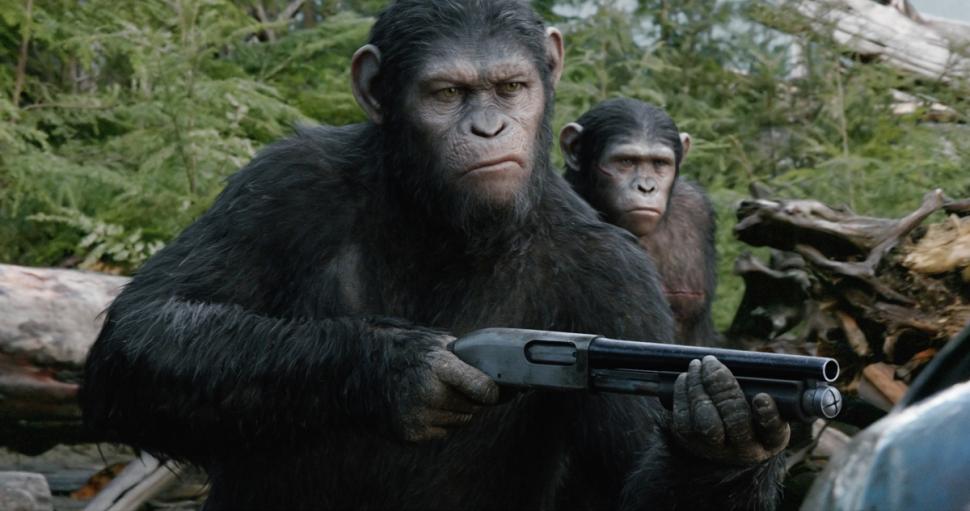 I know what you’re thinking, human. You’re thinking “did he fire six shots or only five?” and “Does that Ape know how many shells are even in a shot gun” and “Does he think that gun is candy?”

I will definitely give this movie one thing. It did a great job at world building after the events of the first film. Of course, we only get to see a small area, San Francisco + forest. It would have been cool to see more of the world. For instance, just how many humans are there? I assume that will be answered in future parts.

Caesar / Serkis was also really cool. Everything about him was awesome. Speech, movements, plot line. What a baller guy/ape.

But other than that? This movie disappointed in some ways too. At times the CGI was really jarring, standing out, and even looking kind of shitty. Some of the characters looked awful and I was taken out of the experience. When the Apes and Men clashed for the first big fight? That looked terrible. The other fire scene? Didn’t really work for me either.

The film also dragged on at different times. All of it part of the world building and getting used to this new civilization. And I kind of just wished it would get to the point closer. The ending itself felt a bit predictable too, offering not a lot new minus the fact that it involved apes.

The movie had a lot of good, and a lot of average going on for it. So although parts were awesome and the movie had a good vibe, I couldn’t help leave feeling a bit disappointed. Also for those who hate reading, 1) thank you for still reading my reviews, and 2) there is a bunch of subtitles.