I picked the documentary DamNation not just because it shares its name with one of the best Magic cards in history.

Nope. I did it purely because I liked the title and it was about a subject I actually didn’t have a huge knowledge set on ahead of time. I still like learning, so sometimes I use documentaries to learn more and not just confirm what I already think I know.

Clearly this one is about dams, but it took awhile into the picture before I could tell if it was pro or anti dams. That’s a good sign, because at least early on it was pretty biased just giving information on the history of dams, talking about their pros and cons and how they affect people (people who live by them, energy, jobs). But have no doubt, this is definitely a documentary set out to tell us why dams are bad for the environment and why we should start to get rid of them. 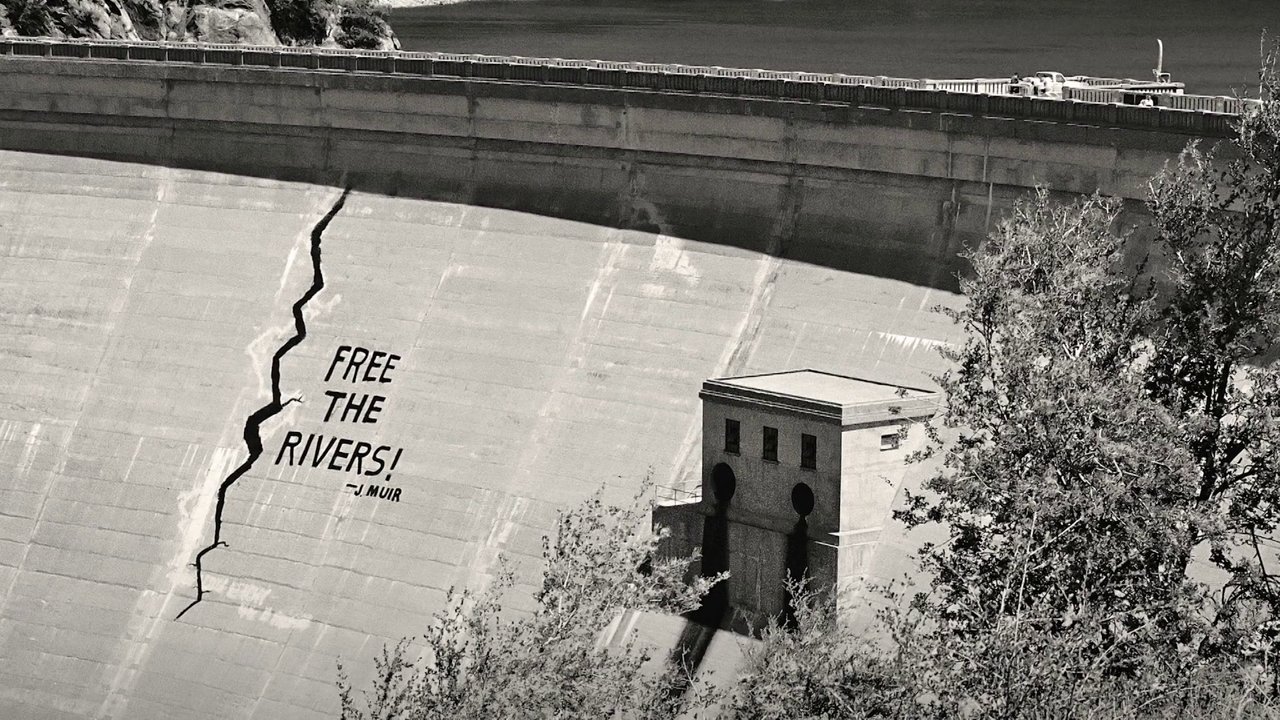 No matter where you go, damn kids and their spray cans, amirite?

It is simple: most dams aren’t as necessary as they once were a hundred or two hundred years ago. Some would argue that a lot of those made weren’t super necessary back then either, but the dam hype went throughout the US, especially the west, and that is where we are now. But a lot of our energy comes from other sources and they aren’t helpful, so they want dams to be taken down, rivers restored to their natural habitat so that nature can be enjoyed and fish and animals can reclaim their homes.

Oh yeah, they are also super against fishing hatcheries, which makes sense from many points of view. It’d be hard to argue against that.

However I found myself not necessarily agreeing with everything that they were saying. I don’t think we should get rid of all the dams and I don’t give a damn about a lot of fish. Restoring nature? That’s cool I guess. Pretty things are pretty. But rethinking dams that exist and find out which ones we can get rid of without hurting our economy and improving the landscape? Well, why the fuck not.

Another plus, this is a very well put together documentary. They talk to a lot of experts in many fields, the cameras used are very high quality, they have a lot of footage to work with in the construction and deconstruction of these dams. It was very well researched and that is what I hope the most for when I see a documentary.

Not being a nature crazed individual (I prefer the indoors), I can still go along with the points made and I am glad that I learned about a potential biological problem by picking a nicely named documentary.