Okay, I am jumping the gun, I will get on that later.

Cuties is a French film that premiered earlier in 2020 at the Sundance Film Festival before all of (gestures around) this stuff happened. It got some awards, good audience remarks, whatever. That doesn’t mean much, people at Sundance sometimes love movies way, way, way too much.

Netflix won the bid for distribution rights, so it came out on the platform this week. That is not before drawing controversy, by releasing a poster for the film, very much more risque and uncomfortable than the French release poster of the same film. It really did one thing, which was enable controversy about the movie, and get people talking, so maybe that “gaff” was intentional. It was a pretty shitty move overall.

Because now the public perception of what this movie is about, versus what the film is actually saying, is at odds, and that is a grey matter pit where Ted Cruz likes to flourish. 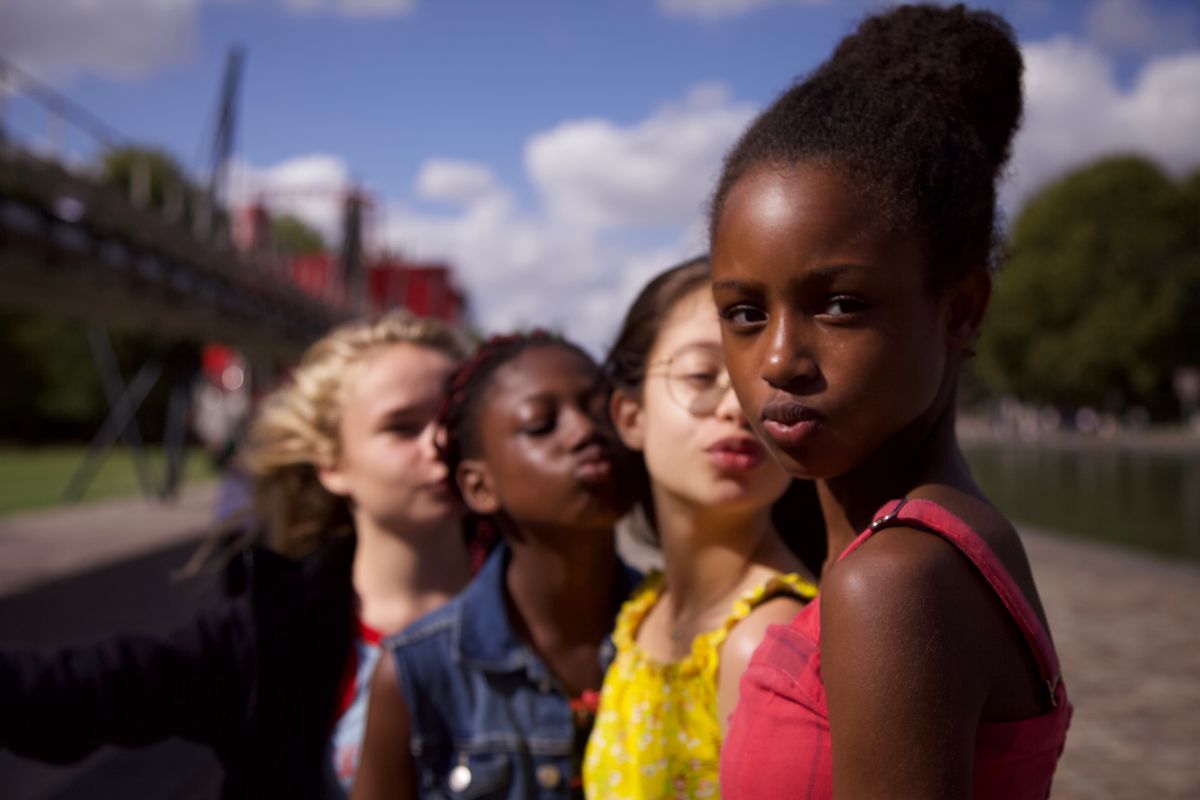 This is little girls judging you, Ted.

Amy (Fathia Youssouf) does not live an ideal life. She is an 11 year old girl, living in a poor apartment in Paris, with her mother (Maïmouna Gueye) and two younger brothers. She is from Senegal, where her father is at that point, because he is getting a second wife. He is waiting to bring her back to Paris to live in the same house as his first wife and kids, and that makes things very awkward for Amy, who for sure does not like that idea at all.

Amy was raised extremely religious conservative by the standards of Paris, being from another culture, so she feels repressed. When she sees another girl in her building (Médina El Aidi-Azouni) dancing and dressing up, despite also being 11, she is curious. There is a group of these girls (Esther Gohourou, Ilanah Cami-Goursolas, Myriam Hamma) who are popular and fun, and sure mean, but they got style and they like to dance. Amy wants to be in that group, she wants to be free and she wants to explore life!

Well, these girls are a dance troupe and they look up to dance troupes of older women, and those women have provocative costumes and provocative moves, so of course they need to have them too!

Amy has to decide what she wants to do and how far she wants to go, to fit in, to exploit her own self, just to find her own sense of freedom, self worth, and to maybe have friends? 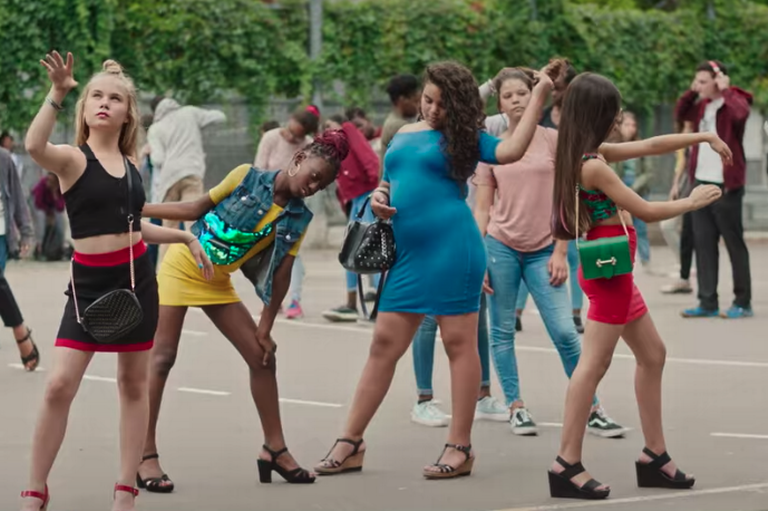 We technically find out early on that they classify as posers.

First let us talk about the controversy. The girls in this film are imitating adults they find as popular and fun, so they are imitating their dance moves. At one point a girl takes a picture of her vagina area to post on the internet, and we do not see any aspect of that picture or her actually naked on camera. The girls also talk about penises at one point. That is what I remember.

So the controversy is really over dancing. And that involves twerking, which is apparently the scariest thing known to man since that Miley Cyrus thing. First off, get over it. Second, yes, the dance moves that involve gyrating hips, thrusts, and being on the ground are MEANT to make you uncomfortable, because yes, it is uncomfortable scenes and that is what the damn movie is going for.

It doesn’t take Sherlock to be able to figure out that the movie is not promoting the sexualization of minors, but quite the opposite. The idea of putting young girls in revealing outfits, for dances, for pageants, or whatever, is for some reason still a controversial issue that a lot of people like to ignore, but does and can lead to some bad things. The director, Maïmouna Doucouré, believes women should be in charge of their own bodies AND that kids should be kids without worrying about predators and growing up too fast. They can both be true points.

For the people flipping out over a movie (Which again, partially Netflix’s response thanks to their poster choices of showing the girls in their final outfits, versus just playing dress up and frolicking), but haven’t cared about any of this before seems awkward. The movie shouldn’t be punished, it is the culture that they should be angry about it because this isn’t just some fiction film. This is stuff that is happening, and people can actively be helping change that in their own communities.

I am trying to write this in a way that doesn’t say something actively stupid, but I think I keep going back and forth. I personally don’t care at all about twerking. It is just another dance style after plenty more that caused people to clutch pearls, and eventually people will likely get over it too. I am not saying kids can’t twerk, I am just noting that those angry about what amounts to just dance moves and does not harm the actresses in the movie are ridiculous.

And again, if you are uncomfortable, that is the point, let’s work on making our kids feel like they can be kids until they are forced to be adults. You all are adults reading this, you probably hate it. Don’t make them grow up fast if you want yourself to be able to go back.

So why Fuck Ted Cruz? Because he hasn’t seen this movie, you know he hasn’t, he just read a report, and wants the Department of Justice to claim that Netflix is distributing child pornography, to rile up his older conservative constituents. What the hell is wrong with you man. The point is like at Jupiter levels away over your head at this point.

Also, in general, it is very good story about cultures clashing and how to deal with problems in your home, and how a girl badly tries to make friends to end her own struggles. That is important to note too.