Presented by Zach Galifianakis? Well, ain’t that just fancy! He is an Executive Producer, so who knows what that means. Maybe he helped come up with the idea. Maybe he provided all the funds to release this documentary. Maybe he just bought it from some film festival.

Either way, Craigslist Joe is not about Zach Galifianakis. It is about Joseph Garner, some dude who wants to run an experiment. He gets a lot of free things off of Craigslist, and noticed a lot free services or well. So, with the economy like it is, he wanted to see if he could live off the kindness of strangers on Craigslist for a month, while also traveling across the United States.

And apparently it is pretty easy, the traveling part. Rideshares is a tab on Craigslist, and people offer rides sometimes for cash, sometimes for free, sometimes just to switch on and off the driving responsibility. So that was actually really easy.

His goal was to start in Cali, and get to the other side and back in thirty days. He also is doing this during December, the most giving and caring of months, so that is going for him. 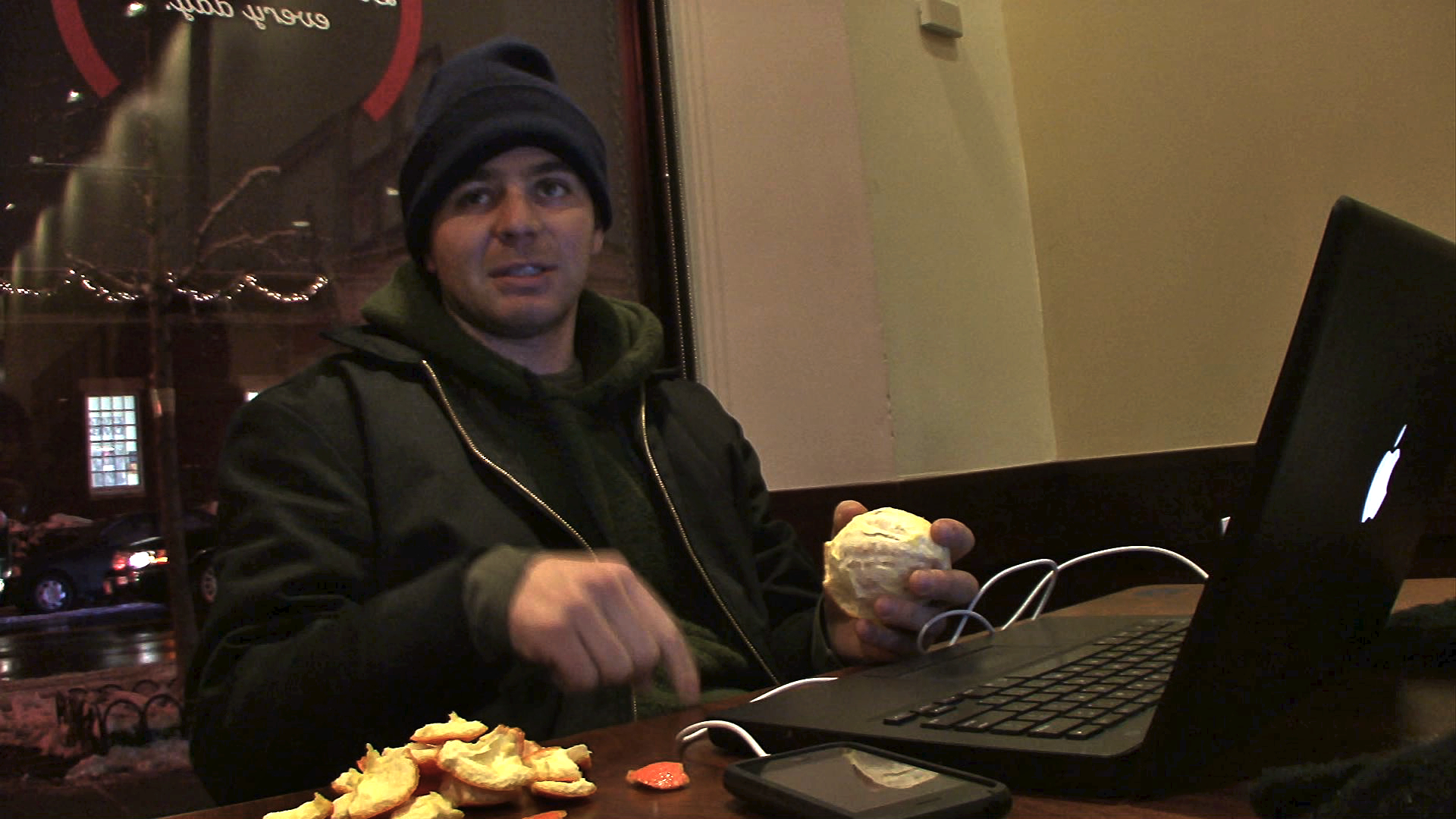 It only took him five hours to look this homeless.

Also he got to have a phone, laptop/charger, and a camera man of course. No money. He would only go do activities / events that were advertised on Craigslist. As for avoiding homelessness, he would only ask for places to stay either on Craigslist itself or through the events that he went too. So while on this, he got to try a lot of things as well. Free intro classes, open houses, volunteer stuff, you name it. It was probably a very humbling experience.

But at the same time, observation changes everything. If you wanted to recreate this, you would probably fail. You know why? Because you don’t have a camera dude following you around. Of course people are going to be more generous, more willing to let him crash on his couch, if he has a dude filming it for the experiment documentary. This lets people know he is safe and lets them look really good.

And this kills the documentary for me. Was this is a good idea? Sure, why not. It would be better if he had just saved all emails, phone calls, etc with people though and went alone. That would be the real test. Having it all recorded as it went down made this a feel good hug fest advertisement for Craigslist, when in reality, it would be really easy to do if you had his same initial resources.

Ugh. Partially why I don’t buy the movie Bully. I have to assume kids were egged on to perform for the camera to pick on the kids being followed around. They can’t make a whole crew invisible.

Again, great idea. But bad idea to make it a documentary.