What is there to say about the Koch brothers that I already assume everyone already knows?

What? You haven’t heard about them? Have you not watched Season 1 of The Newsroom? I’m not saying I take all of my facts from a fictionalized news station, but the show is more or less about real events and when I heard about them, I was really surprised.

So I did some of my own research (internet research!) and found it to be mostly true. Rich dudes who created the Tea Party movement which is seen as a grassroots campaign, when it is actually nothing like a grass roots campaign at all.

Awesome, does that mean this documentary is going to talk about the tea party movement and how it is basically just the whim of these two gentlemen who have ulterior motives? Kind of. Mostly. You are also unfortunately going to get a lot more. 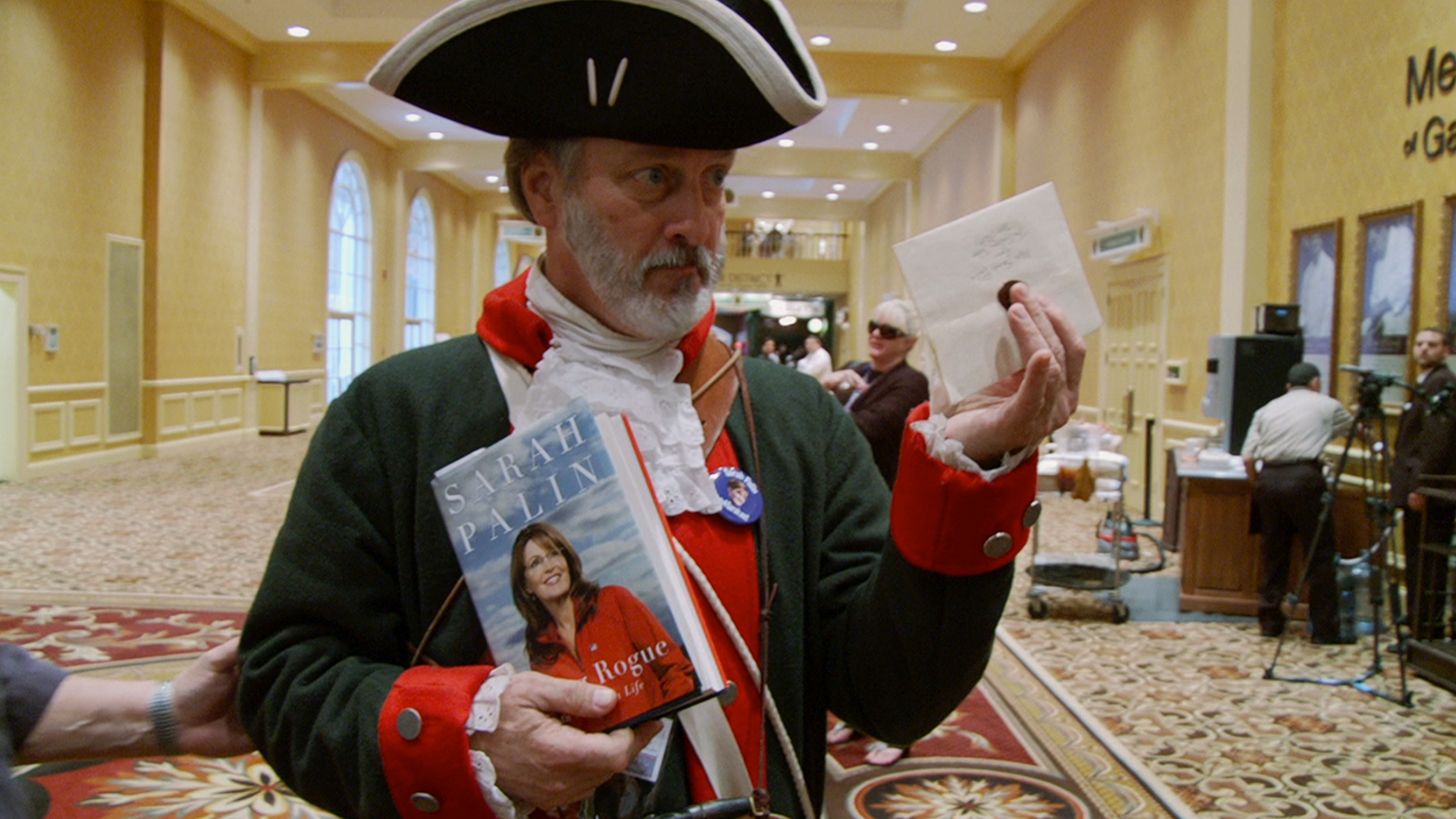 Shit, this guy has got everything he needs to survive in the wild now.

The biggest problem with this documentary is it feels like it has a lack of focus. It takes awhile to really get into what the purpose of it is. It starts with the Supreme Court’s 2010 Citizens United v. Federal Elections Commission decision. It helped allow corporations to donate more money to government campaigns. Yayyy~ (sarcasm).

Just like that, the Tea Party Movement basically began, funded by several groups, most of which were owned by the Koch brothers who were the primary money givers as well. It notes of course that two of the judges who helped the corporations gain these powers had biases that directly affected the outcome of the case through their past. Impartiality is for chumps though.

This is where the documentary starts to get hazy. Turns out the majority of it is focusing on the problems in Wisconsin. The new Governor (a tea party member) who immediately set out to destroy the unions, which were the biggest monetary backers to the Democratic Party. There was a ton of bad things going on there, including representatives fleeing the country, secret bill signings, and of course, a recall election against the governor in which a lot of money was being thrown around.

This documentary seems to touch on a lot of different issues and it seems to be lost because of that. Like a little kid trying to tell a story and jumbling it all up. Does it have good information? Heck yes. I remember being very confused during the Wisconsin shenanigans, and now I would place myself at “only slightly confused” now.

Perhaps the most interesting aspect of this is that the documentary was supposed to be shown on PBS originally. Why wasn’t it? Because of the rich sponsors of PBS apparently exerting too much pressure on the network. Ain’t that about a bitch.