The show Chuck had a magnificent run of five seasons. It is incredible, because it had piss poor live ratings, despite a thriving fan community. It was a nerdy action comedy, a genre that doesn’t get a whole lot of love, especially on the TV.

I am glad it didn’t end too soon, but it is good to see it finally getting a movie as an add on.

Oh wait, shit. This movie, Chuck, is about something completely unrelated. And it was originally called The Bleeder. Well fuck, that sounds like a better title, and a title that wont get me super pumped up on Zachary Levi first. And it is a true story.

Well, I assume whoever this Chuck guy is, he better not secretly also be a spy. 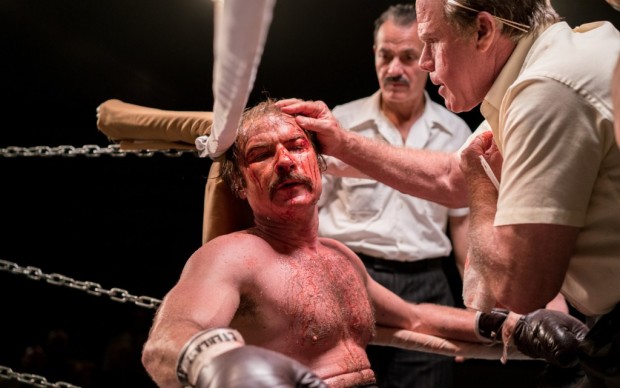 I wonder why it might have been called The Bleeder.

Chuck Wepner (Liev Schreiber) from Bayonne, New Jersey, was a boxer, but it didn’t pay the bills. He had odd jobs, and selling liquor. But he was still a boxer first, he was known for surviving a long time in fights. He could really take a punch to the head. He was also nicknamed the Bayonne Bleeder, on account of how easy it was for his head to bleed, but he hated that nickname. He had fought against George Foreman and other notables, but he was finally getting on a hot streak.

Another person getting on a hot streak was Muhammad Ali (Pooch Hall), who just won the heavyweight champion title against the odds. And against even more odds, Don King wanted Ali to fight a white man, and Wepner was the highest ranked white heavyweight white man, so he got the gig. He was getting paid a lot less than Ali, but it was a lot of money from a bloke from Jersey, and he finally got to train full time.

But his bout with Ali was just the beginning. After that, he became a pseudo celebrity. And he even had a movie made about him. You may have heard about it? It was called Rocky, don’t cha know.

Ron Perlman played his manager/trainer, Elisabeth Moss was Wepner’s wife, Jim Gaffigan was his best friend, and Naomi Watts was his life. Also Jason Jones as another friend and Morgan Spector as young Sylvester Stallone. 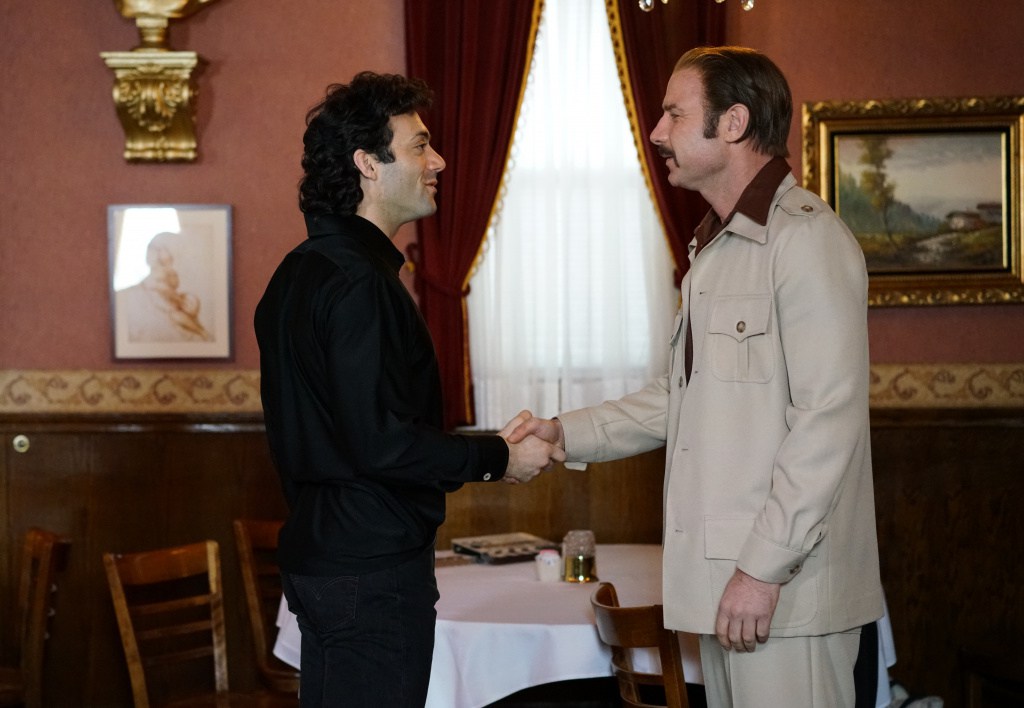 “Eeyyy yo, Chuckie! I made some money!”

Chuck Wepner seems like a really interesting person. You gotta be built a certain way to just take a lot of punches and he used that to his advantage. He has a good story, and the story we were given broke the mold a bit. Because this is a boxing movie with arguably, not a lot of boxing. The fight with Ali was done with about 2/3 of the movie left to go, and the fight wasn’t done to showcase the excitement of boxing. It was just another part of the film.

No the real story of the movie is his life before and after the fight. And it got a little bit meta feeling, which I understand is the wrong word, when Rocky came out and how that changed Wepner’s life. I mean, we had a guy playing Stallone in this film, the production of Rocky 2 and more. We got to see his hard times, his bad personal life, and more. So it was bio drama first, then boxing movie second.

The first third of the movie was great, if not pretty standard. I will note after the Ali fight the film seemed to drag a bit more and I had no idea where it was going throughout it. Some okay moments, but they harped on a few of them just way too long. But the acting was fine, and they did a good job of trying to make everyone uglier to better represent New Jersey.

And overall, seeing Schreiber in this role felt really good. But what this movie really made me wonder is when the fuck will Goon: Last of the Enforcers come to America?