Here at Gorgon Reviews, we sometimes like to change up the review format. For instance, this review will basically be a question and answer format for the movie Chop Kick Panda.

Question 1: Is this just some poor man’s ripoff of Kung Fu Panda?

I dunno! I will let you be the judge. Here is the cover. 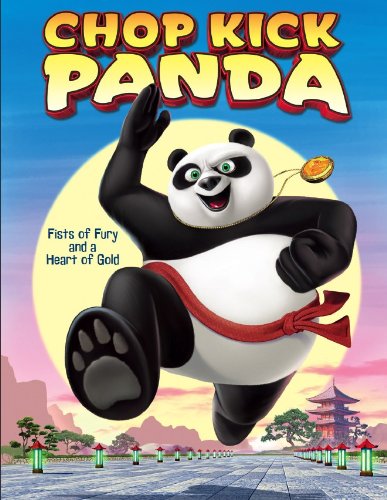 As you see it is very different. This Panda is not wearing Pants.

Question 2: So it is a CGI movie about a martial arts panda?

Well. Kinda. First off, despite the cover, it is not a CGI movie. The movie looks as if it was made on a flash animation program for some quick computer thing. Yet instead of a quick video thing it is a full movie (of 40 minutes in length).

The amount of the movie that is actually martial arts is hard to say. In this place, Serenity Falls, the Panda is a janitor who had some lessons at a dojo. For some reason he has a kid, who he tells he is the best thing ever to. Movie even begins with a weird self dialogue about how great and legendary he is (like KFP). In fact, he is so legendary, that even his legend is legendary. They say that about 4-5 times in the movie, which means about once every 8-10 minutes.

So yeah. Some tiger wants some special amulet in the dojo? And tries to get it during a sleepover thing there. And yeah. That is about it.

Question 3: Hmm. That sounds kind of lame. At least there is lots of cool fighting?

As far as I could tell when I watched it, there was about zero fighting. A lot of off screen fighting. A couple on screen jabs. And that was the movie.

Question 4: But…but…the title! It says — Wait. Chop Kick? What the fuck is a Chop Kick?

Good question. I assume it is similar to the Kick Punch, but more Asian. 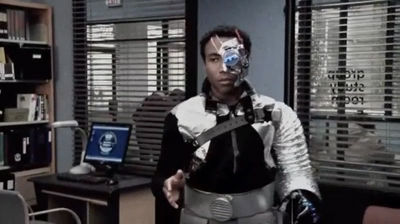