Cesar Chavez is one of those indie movies that kind of just never came out near where I lived, so I never really got a chance to watch it. It came out on DVD a few weeks ago (or if I delay this review by a few weeks, a month or more ago!) so at that point it just came down to finding a time to throw it up on my website. Only doing five reviews a week has its perks and its disadvantages. It is good that all of my free time isn’t looking for movies or writing reviews, yes. But those two reviews a week less than I am used to means a lot of indie or weird movies that my website is none for is pushed to the side if a week has a lot of big titles coming out.

Oh well. Cesar Chavez. A biographical movie with some subtitles and a comedic actor playing a serious role. My body is ready. 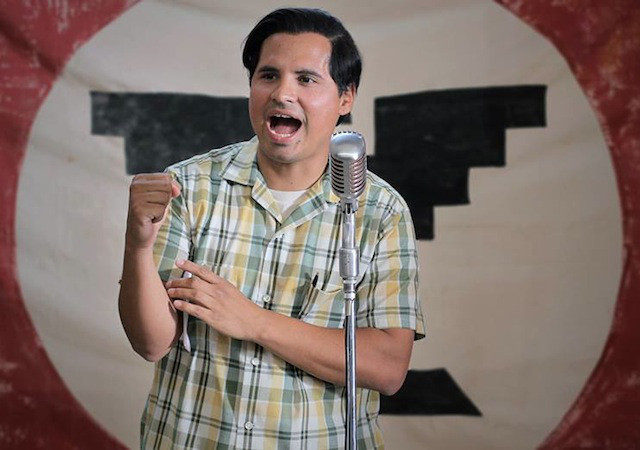 And I am sure they will do everything in their power to make sure they don’t make him look like Hitler.

Cesar Chavez (Michael Pena) is already a polarizing figure in the US. A farm worker in California, during the 1950s to the 1970s he became political, organizing the farm workers of California into labor groups to fight for better rates and conditions.

At this point, most of the farm workers were braceros, temporary workers from Mexico permitted to live in the US to work on these farms. Should they ever stop, they’d be forced back to Mexico. But the conditions were terrible and wages low, so it felt like a form of slavery.

With the help of others, Cesar organized boycotts, marches, and created a labor union, while also encouraging Mexican Americans to register and vote on elections to help swing results towards their side.

And uh, you know, I guess that is all the movie is really about? America Ferrera plays Mrs. Chavez, and Rosario Dawson and Yancey Arias are also on their side. In terms of white people to get in the way / help, we have John Malkovich, Michael Cudlitz, Wes Bentley, and Gabriel Mann. 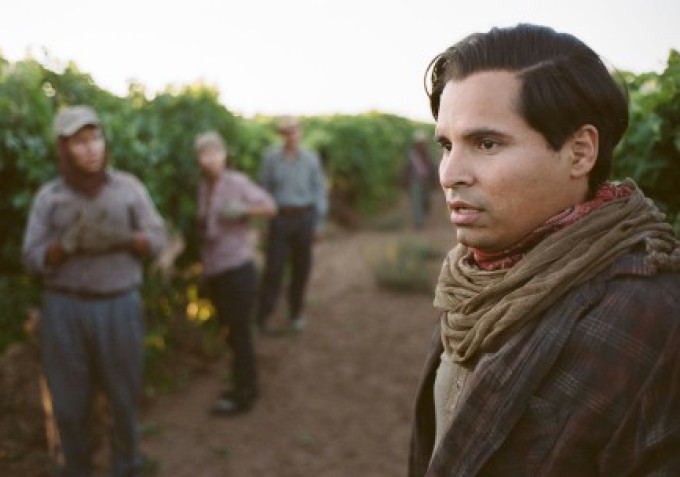 You can tell he is an activist based on the number of scarves he is wearing.

After watching this pseudo-biopic, I don’t think I have a lot to say about Cesar or the film itself. From what I remember, he went in a hunger strike that lasted a long time, did some marching, and did a nice boycott.

And well, that was it? The movie was kind of short for bio standards, only dealt with a few events and didn’t seem to show many sides to the character. I am sure Cesar was a complicated individual, since everyone is complicated. I just didn’t get any sense of that.

Besides the potential bias issue, I found the movie kind of…boring. I could never really get into it, despite any parallels that may exist in our own time. It lacked an entertainment quality that I would hope to see in a film about an activist. There were a few tense moments only in dealings with anti-protesters.

On top of that? Acting was only okay. Nothing great. One cool scene sticks out from America Ferrera, and the rest is forgettable.