Catch .44 is obviously going for some clever title, where instead of 22, there is instead a gun reference. That way you know “Hey! There be guns in dem dare movie!” It also flashes Bruce Willis on the cover, but his role is definitely not as some of the others in the movie. 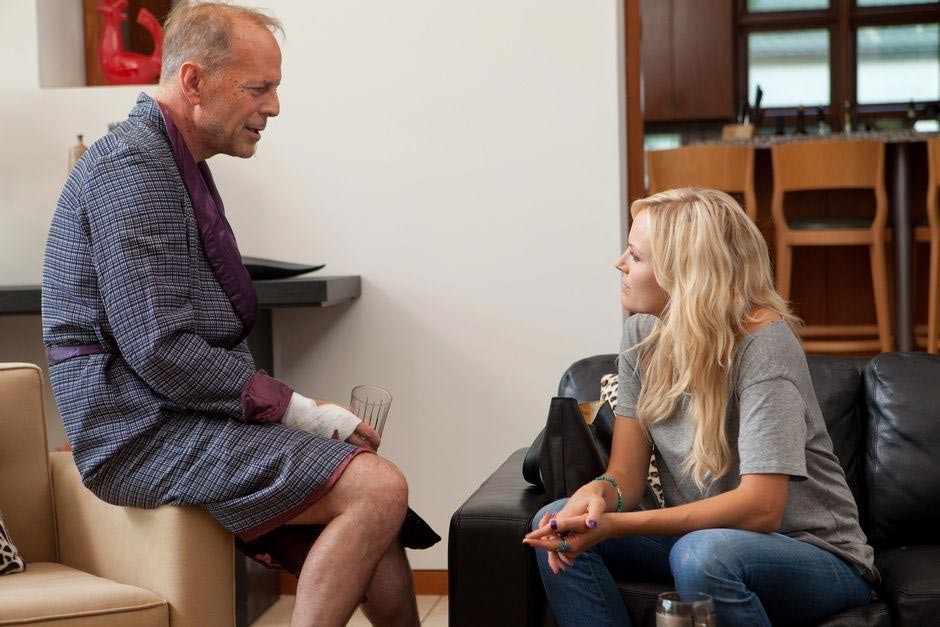 Dude couldn’t even be bothered to put on some pants!

This film is a harder one to go over the plot for. The director/writer has only done like, one other movie before, and in this one he CLEARLY wants to be Quentin Tarantino. The movie is told out of order, has a Mexican standoff, some uncomfortably long scenes, cursin’ and talkin’ about pop culture, and kind of spoils the ending near the beginning. But hey, people like that sort of thing. So here is an attempt.

Three ladies, Tes, Dawn, and and Kara (played by Malin Akerman, Deborah Ann Woll, and Nikki Reed respectfully). If you are keeping track of names, that is Silk Spectre II from Watchmen, and a girl from True Blood, and one from Twilight. Way to capture the demographics right there.

Anyways, they are part of a drug syndicate lead by Bruce Willis. Their mission is to get to a location where a drug hand off is going down, stop it, and recover the drugs. Hopefully without taking on any casulties. There is also “mysterious” Forest Whitaker, who may be following them, killing some people, and sounding super Cajun. Also, Shea Whigham has an important role as well. He also works in the organization. 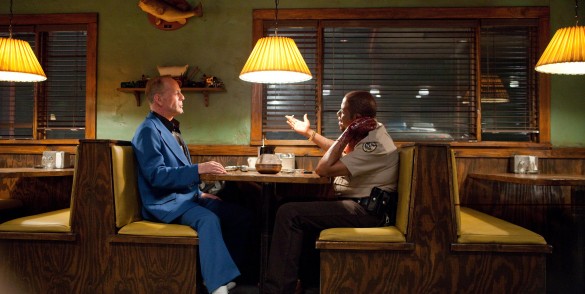 Because every movie Tarantino-ish needs a “conversation” at a diner, or cafe, or whatever.

Its hard to say what I like about the movie. It is an obvious rip off like thing. But I thought the acting for what it was, was decent. Camera work was nice. Parts in the beginning annoyed me, mostly due to confusion on when things took place, but eventually my questions were answered. Whitaker was super creepy to me the whole movie, could never tell just what was up with his character. But after all of that, it was surprisingly decent.