Drugs are bad, mmkay. They put people in jail, they cost billions of dollars, they can lead to death via shootouts and they fund terrorist organizations. Sure, they can harm your body, but who cares about that? That shouldn’t be an issue.

In fact, if they were made legal, a lot of issues would go away. Shootouts will go down, jails would be emptied, they wouldn’t cost as much, and it wouldn’t help terrorist organizations. If the US just changed their mind and made it all government sanctioned, it would help a lot of crime ridden areas of the world.

Like Mexico. A lot of drugs are grown or manufactured there and brought over the border to be sold in America. They can use this money for weapons and political power, meaning drug cartels control large areas, both physically and through bribes. And that is what Cartel Land is about. Groups of people using force to win back their homes from the evils that threaten it. 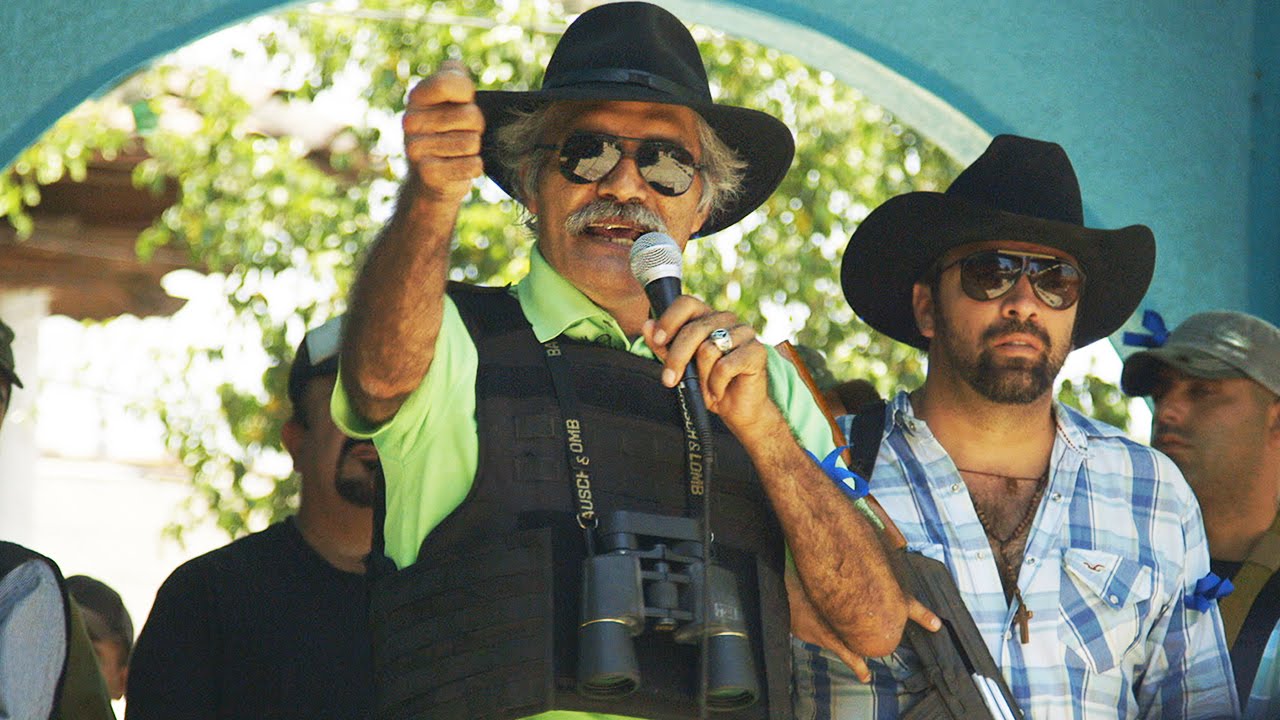 And this man even has a doctorate.

The trick here is I said groups of people. We have a group in Michoacán, led by Dr. Jose Mireles, a small town doctor, who made a group named Autodefensas. They are just groups of locals who want to get the cartel, a group who calls themselves the Templars, out! They are all volunteers, still holding their normal jobs and lifestyles, but they also have shifts to keep perimeter checks after they forced the group out. Even better, they then take their work ethic and guns, go to nearby cities and villages, get the cartel out, and help the citizens set up their own Autodefensas group.

Then they leave. They aren’t looking to take over the whole area and rule it over their own corrupt national government.

On the other side of the coin and border, we also have Tim “Nailer” Foley, an American veteran in Arizona who sees illegal immigrants crossing the border all the time. He helped set up a small paramilitary group to patrol the border and stop being from bringing drugs across the border. Both groups don’t like the drug war and what it is doing to their countries. And both are hated by various groups and government officials.

The best part of Cartel Land is how much access the documentary director had. He had to go to Mexico to work with Mireles and his Autodefensas, see them gain control back in an area, teach others, still live their lives with families, and also face extreme pressures from the Mexican government to stop.

Cartel Land is also mostly unbiased, letting the people tell their own stories and not offering judgments or concerns. It was a stark and real look at current affairs in Arizona and Mexico and is useful to help understand the plights of average citizens.