Hooray! The long awaited sequel to Cars is Cars 2! And by long awaited, I mean both never expected in 2006 and also, since a couple days ago, when I reviewed Cars.

I say this in an exaggerated way obviously, but Cars 2 is nothing like Cars. Sure, both of them are still in some creepy ass world with only cars (and other transportation vehicles) being their own entities that are alive, but Cars is better than Cars 2. Cars is about slowing down, appreciating the finer things in life, and finding true happiness. 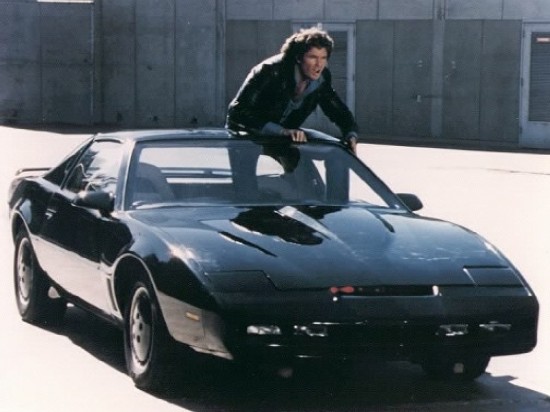 But unfortunately, when I think Cars + James Bond, I think KITT from Knight Rider. This was KITT-less.

Owen Wilson and his bad voicing habits are barely in this movie. This movie is all about Mater, the Tow Truck, voiced by Larry The Cable Guy. Yes. They changed leads and put the comic relief in the first film as the main character. Yes. This is as bad as it sounds.

The actual beginning of the movie I assumed was a “movie” in this car land. It was just nothing like the first film, with Michael Caine playing the James Bond like car, spying on an oil rig? Or something? But this film is “deeper” than that. It involves Lightning going on a world grand prix, and racing against a french car (voiced excellently by John Tuturro) sponsored by an alternative fuel source dude, voiced by Eddie Izzard. This is of course the only way Izzard can play someone who isn’t evil. Because if he had to show his face in a movie, you know he always is the evil dude. Yay voicing!

But yeah. There is some big conspiracy happening. This takes up most of the movie, and of course Mater ends up being mistaken for an American spy. Thanks to Bruce Campbell, who’s few minutes is the best in the movie, because he is Bruce Campbell.

It is stupid that this movie got a G rating, with all of its “violence”. But who knows what goes on in those rating meetings. The reason for all the bad cars is laughable too. They are a bunch of “lemons”, or cars that break down a bunch. Yes. I’d hope you read my first review, but in this world, cars are created and forced to live certain rules. You’d be pissed off too if you were made with defections and forced to just, live that life out while other cars never break down. You can only handle being stuck on the side of the road so many times before you’d snap too.

So, likers of the first Cars movie would probably call this one worse. I am going to actually find a shark and throw it over the shark, to represent my point more. This movie is just a cash-grab for merchandise. But at least they called Bruce Campbell.