Oooh. A foreign film. Not just any foreign film. A film from Switzerland, and spoken in German! This is a nice change up, given that all my other foreign films (but 1, Spanish) have been in an Asian language, and I actually know some German to better my experience. I especially liked that some of the subtitles weren’t translated, like when it popped up with the date, or how much time has passed. But since I understood it, I was like “OH MAN! I CAN READ MONTHS!” 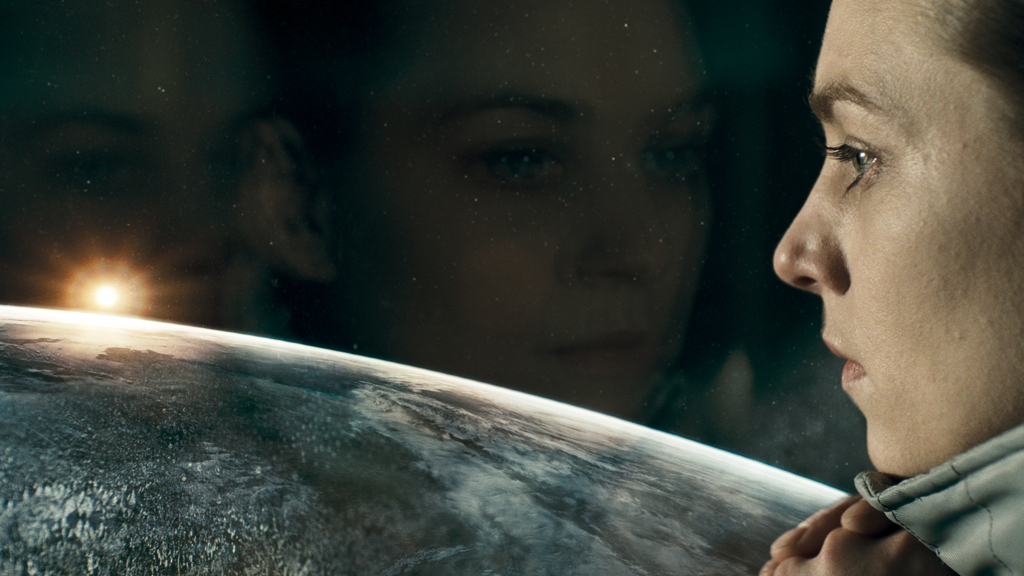 Because of that, here is a non-relevant picture from the movie, that actually might not have happened.

Cargo is a sci-fi film, which means you know there might be some philosophical crazy stuff going on. It is in the 2200s, Earth is now inhabitable. Rhea is found as perfect new place to live, you know, before they can live, but it is expensive to get there. Anna-Katharina Schwabroh, who plays Laura Portmann, wants to go to Rhea. Her sister went there a few years ago and loves it. So she signs up to be a doctor on a cargo ship that is going to a random satellite station. The trip is 8 years, four years there and back, and after it she will have enough to go to Rhea!

Also it is pretty cool, that the ship of like, 5 crew members only are awake for 8.5 months. Only needs one person to run it, its pretty much on auto-pilot. So the rest of the time they sleep and don’t age, wicked cool. But there is also a space police dude on board named Samuel Decker, played by Martin Rapold, due to the higher number of space pirates out there, and he wakes up on a more frequent basis, for whatever reason.

During the last leg of the trip, Portmann is in charge and thinks she is hearing weird noises in the cargo, and think someone else is there. She wakes up the captain before the rest, to help investigate with Decker the disturbance. But then the captain dies. Shit. What is going on!?

So then in the last 2~ months of their journey they have to find out who is on their ship extra, if anyone? Why is their cargo weird? Where are they actually going? WILL PORTMANN EVER SEE HER SISTER AGAIN? 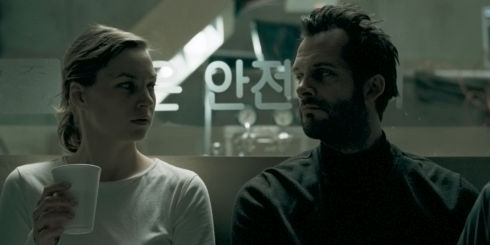 “It is awfully lonely on this ship…”

The movie was interesting, definitely. But nothing really surprised me that much. A lot of it seemed obvious. There were moments when weird stuff went on, that I wasn’t afraid of just because I didn’t know how the ship worked. When the cargo bays started moving, a couple people freaked out, but like Portmann, I was like “okay? just move a bit. and safe!”. So a bit of thrill of the thriller was left out for me. I think there also could have been more in it. I was confused by some of the characters motivations, so maybe a bit back story on some of the people would have been nice.

It is a decent sci-fi thriller, but not the best.